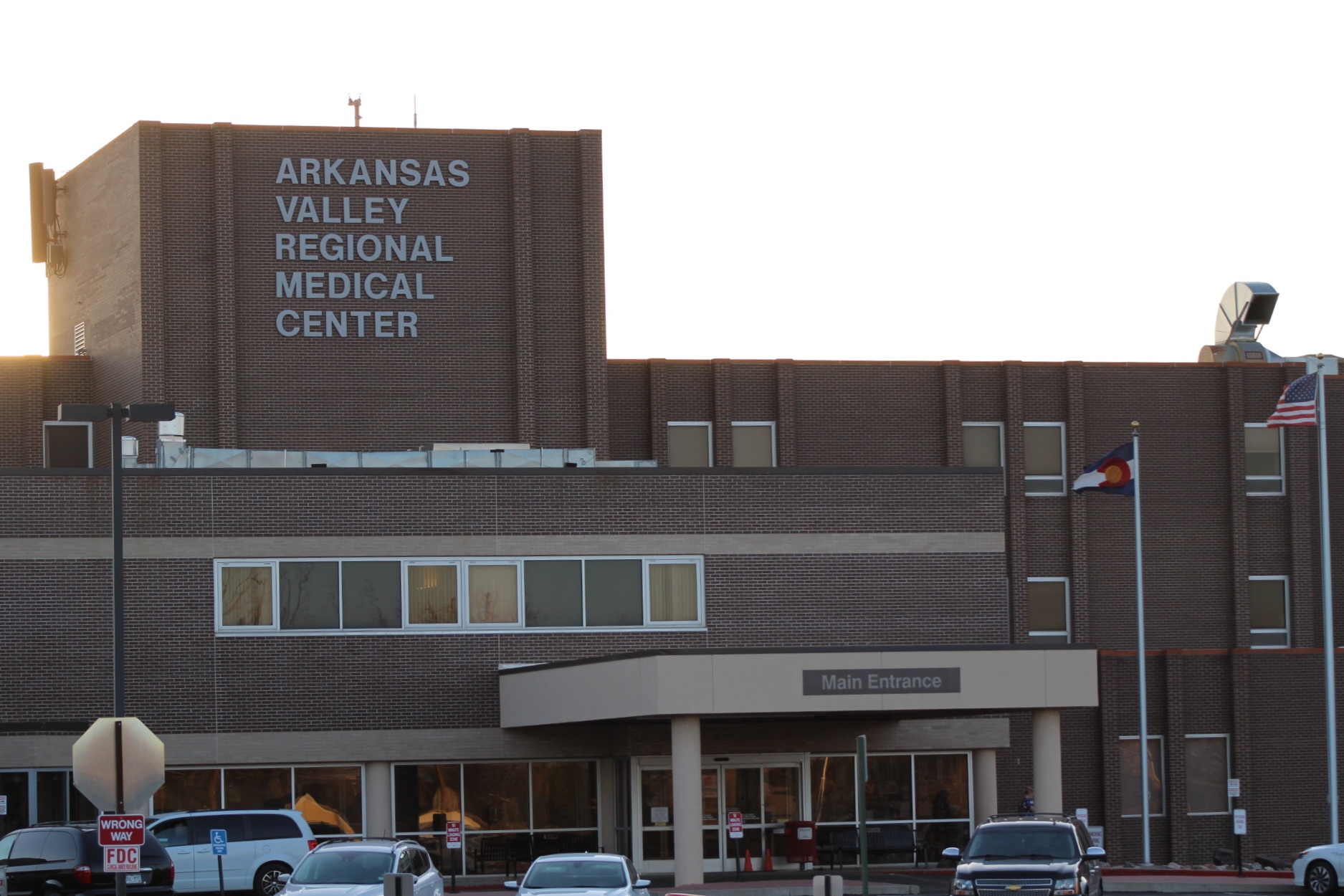 Description: Arkansas Valley Regional Medical Center CEO Lynn Crowell presented an update on the regional hospital to the La Junta Chamber of Commerce and a group of area business leaders.

Julie Worley with the La Junta Chamber of Commerce put together the program content for the first Business, Lunch, and Talk (BLT), which included a virtual room full of local community and business leaders from La Junta and was held March 25th.

Arkansas Valley Regional Medical Center CEO Lynn Crowell presented an update on the regional hospital and went into great detail on the previous year and how AVRMC had dealt with and responded to the COVID-19 pandemic.

"First of all let me start by giving a shout out to our staff here at AVRMC. Everyone has pulled together and worked as a team for COVID response. The situation has caused us to change our approach, protocols, and scope of service, and I also want to say thank you for the support from the community during this uncertain time. I wanted to spend a little bit of time today just kind of giving you a picture of what we have seen, and how COVID affected us at AVRMC."

Crowell said, "The significant thing to note is March 1 through March 22 we've got 112 tests, and we've had zero positive so that's a good thing for our area."

"The other thing is from March through October the 30th we've only had four hospital admissions for COVID, but from November first basically through the middle of February we had 93 admissions to our facility," Crowell said. "There were days that we had up to nine COVID patients in our hospital and you can see this in the admissions by month. We had three in July, one in August, 24 in November, 36 in December, 23 in January, and only ten in February. Our last COVID patient left us February the 18th also during that time we had 164 people came through our emergency room, 108 got sent home, 55 got transferred, and one passed away."

"There were a total of 261 encounters and a total of 63% of our employees have taken the vaccination," according to Crowell.

"If you look at the patient demographics, you'll see that 121 of those 261 were females and 140 were males. The majority were in the age group of 60 through 90. If you look at race, African Americans was one, American Indian there was three, and there was a pretty equal distribution between Caucasian and Hispanic."

"How it has affected the hospital directly is that our emergency room visits are down by 29%, our admissions are down a total of 26%, and the big thing is on charges are down 21% and that equates to $16 million is the difference between last year and this year, so we've been hit pretty hard," Crowell said.

"I wanted to just kind of remind everybody that during the course of normal operations for every dollar that we charge we sure don't get paid $1, according to Crowell. "Medicare patients make up 40% of our patients, Medicare pays us about 33 cents for each dollar that we charge; Medicaid makes up 34% of our patients and they pay 28%. PPO's pay about 70 cents on the dollar, but they only make up 5% of our business, and same thing with Blue Cross. The total for every dollar we charge we get about 34 cents total and our cost is 40 cents so mathematically that's a six cent deficit and that deficit is usually made up by the chase(Colorado Health Affordability and Sustainability) fee's that come from the State of Colorado."

Crowell went on to say, "Over the past year, we have been lucky to recruit nine providers. We recruited an internal medicine physician, a family practice physician, we added four nurse practitioners, one physician assistant, one hospitalist, and then we have Dr. Sanchez who will be joining us in September of this year. So adding those nine providers is like putting nine new businesses within the community." 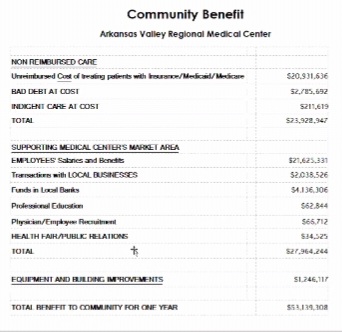 Crowell said, "and then finally I just wanted to show you the community benefit that comes from our facility. Our unreimbursed costs to treat patients is almost $21 million, bad debt is almost $3 million that we write off each year; indigent care is about $200,000 and we have a $21.6 million payroll with benefits. We do about $2 million in transactions with local businesses. Keep $4 million in the banks, and then what we end up for the total benefit to the community for one year is right around $53 million."

"So we appreciate the support that La Junta and the surrounding communities give to us and it really helps us when we are trying to recruit new doctors and then also in trying to retain those doctors," Crowell said.