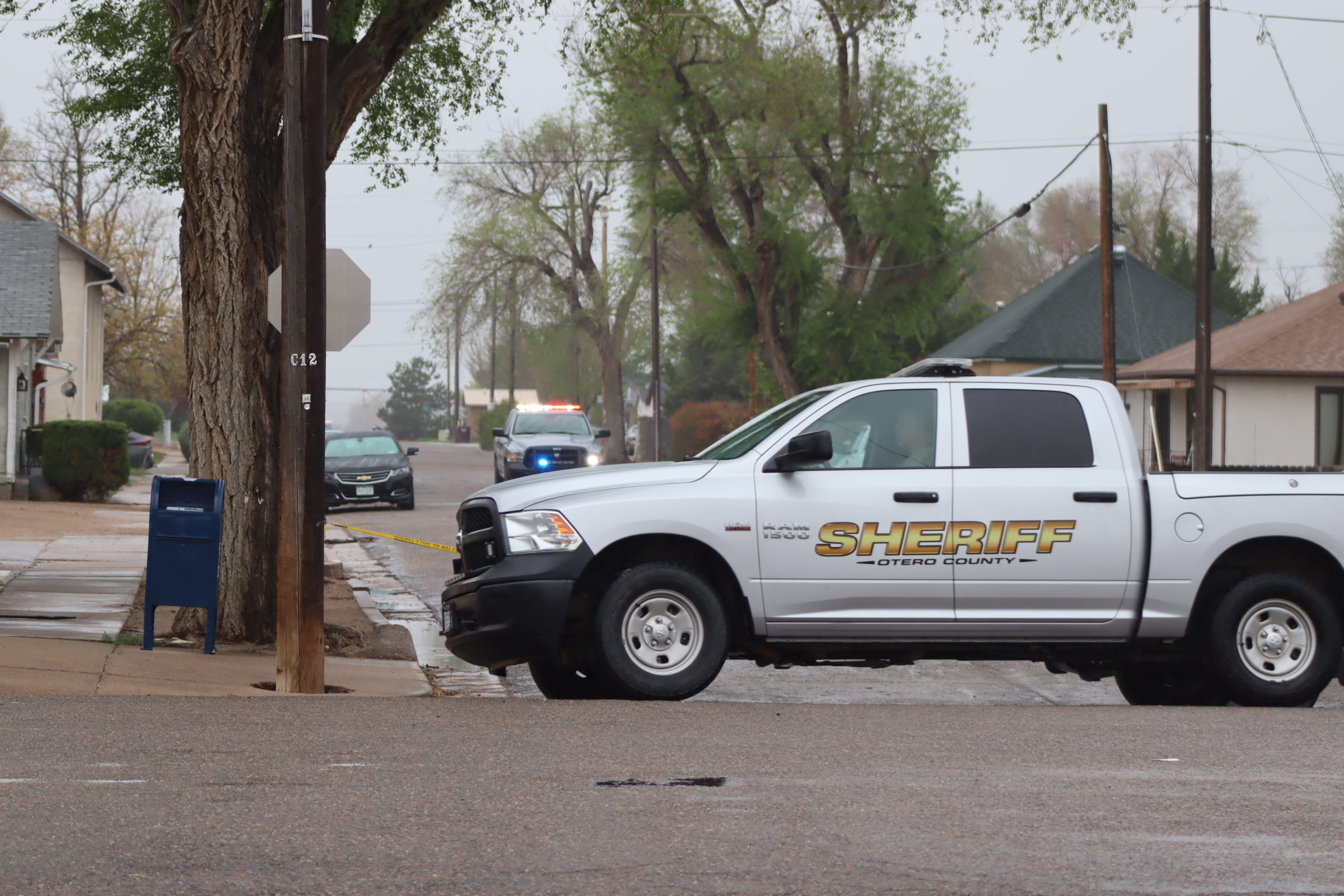 "May 3, 2021 – Swink, CO.  At approximately 09:00 this morning a 911 call of possible shots fired was received by the Otero County Sheriff’s Office in the area of West 3rd Street in Swink.  Shortly thereafter, the victim called to report the suspects were driving a silver sedan travelling east on Highway 50.  A pursuit was initiated with the suspects by the Sheriff’s Office and the vehicle slid off a dirt road near County Road Y and into a field.  The suspects fled on foot and were apprehended shortly thereafter.  Four adult females were arrested and transported to the Otero County Sheriff’s Office.  This is still a very active investigation and more information will be released when we are able.  The Sheriff would like to ask that if anyone has any information about the incident, to please contact the Sheriff’s Office at (719) 384-5941.  Thank you."