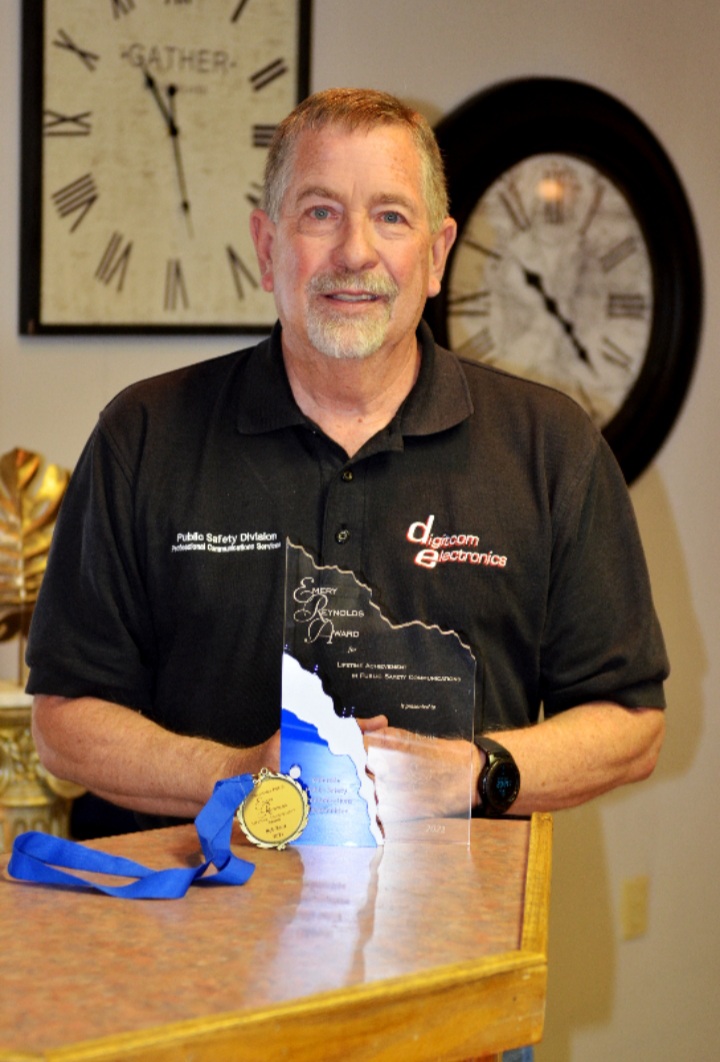 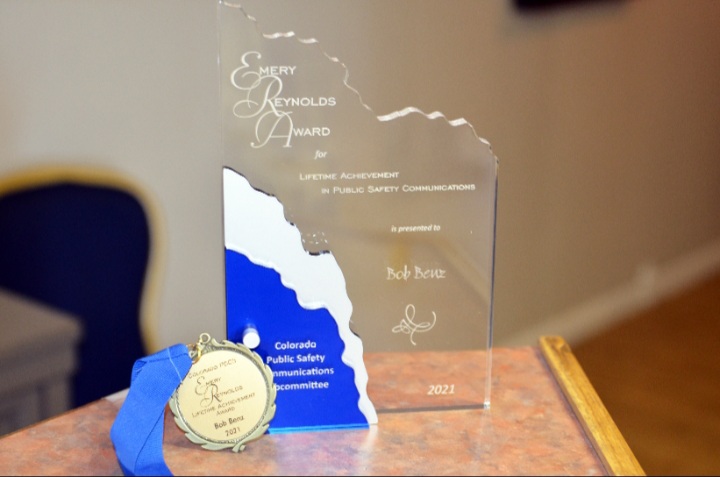 After a full career in the military and with the LJPD as a reserve officer, Bob realized a need in the community that would become a lifelong passion as he began servicing two-way radios for the public safety agencies and commercial customers in the area.

Digitcom Electronics was born in Bob’s backyard garage in 1987, providing services from radio and electronics equipment repair, maintenance, and installation. Digitcom Electronics outgrew the garage, and within months moved to a small shop building nearby, also hiring his first employee.

When Motorola began their dealer program for the Radius line, Bob and Digitcom Electronics became a Charter Dealer and Pinnacle Award winner in 1991, then became an Authorized Motorola Service Station a year later, in 1992. With all this growth, Bob was able to move Digitcom to its current corporate headquarters location in La Junta in 1993.

Bob has always been customer oriented and forward thinking, providing advice and service that complies with current industry standards while also keeping an eye towards the future. This is reflected time and time again, not only in recommendations made on the surface, but also ingrained into Digitcom Electronics through continuous employee training and always ensuring the company has the most current and well-maintained tools and test equipment for today’s and the future technology. This philosophy is demonstrated in Bob’s assistance in the Southeastern Colorado public safety communication community in preparation for the FCC’s narrow banding mandates.

During the late 90’s and early 2000’s, Bob was staying on top of the looming FCC mandates, and their effects on his public safety customers. During this timeframe, the State of Colorado and the Denver Metro Area were moving towards an 800 MHz state-wide radio system to provide interoperability between government agencies.

Recognizing that big changes were on the horizon that would affect all his customers, Bob became involved with the technical committee on the Consolidated Communications Network of Colorado (CCNC) which provided him with the knowledge and foresight to advise his customers of the impending transition to the DTRS (Digital Trunked Radio System) for statewide interoperability.

Because of Bob’s proactive actions he was able to advise his customers of the need for upgraded technology to accommodate what he saw as an inevitable change to their previous radio systems well in advance of the actual change. Bob also backed this up by obtaining the technical knowledge, training, and equipment to support this advancing technology. When the timing was right, with growth of the Colorado DTRS, Bob was there for his customers to assist in design, equipment selection, and obtaining the necessary grant funding.

In La Junta, he assisted the city in building the 400’ tower and complete build out of the La Junta DTRS site, filling in local coverage holes and enhancing in-building coverage. This same philosophy also helped all agencies in the Southeast, South and San Luis Valley in their transition to the DTRS.

Bob and Digitcom were paramount in the Southern Colorado DTRS buildout through the C-WIN program. This involvement facilitated the construction and equipping of the Mt Carmel, Springfield, Toonerville, Cordova Pass, Verdemont, Raton Pass, Gardner, Kim, and Sheridan Lake sites. In addition to this, Bob worked to equip PSAPS (Public Safety Answering Point) and agencies ranging from law enforcement, fire, EMS, and general government throughout South, Southeastern, and the San Luis Valley regions of Colorado to transition into interoperable communications through DTRS.

Bob again rose to the occasion during the Sprint/Nextel rebanding (reprogramming the radios) project from 2007-2009. Despite dealing with the collapse of Digitcom’s La Junta facility due to a once every 100-year blizzard, Bob was able to gear up and complete the two-touch process of all subscribers in the Southeast, South, San Luis Valley and Southwest Regions on Colorado. In addition, All tower sites in these regions were rebanded by Bob and Digitcom.

Not being one to stand still, and seeing the need for quality service, Bob expanded Digitcom into San Luis Valley, and opened the Monte Vista shop in 2009. Continued growth through the years facilitated the opening of Digitcom’s Colorado Springs location in 2012 and Durango location in 2018. Digitcom under Bob’s guidance have been the primary support for Zone 4, Pikes Peak Regional Communications Network, taking care of the planned and unplanned maintenance of the repeaters and microwave infrastructure. Bob has been a valued member of the PPRCN Technical Committee weekly meetings and instrumental in the upgrade from Quantars to GTR repeaters.

Over the years, Bob Benz has always focused his life on serving, whether through his military career, law enforcement or professionally as a business owner, as well as spending time with his family. He makes every effort to not only treat his customers fairly and do what is right by them but fosters a team environment for his employees. Bob Benz has truly made a lifetime commitment to service.