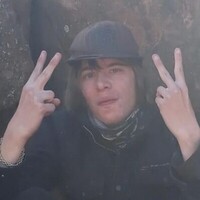 Description: Matthew Thomas Thiel Obituary...Heartfelt Condolences To His Loved Ones...

Matthew Thomas Thiel, 22, T or T-Bird(as his family liked to call him) or Matt-Dog (as his friends liked to call him) of Colorado Springs, went to be with his beloved dog Yogi and his great-grandparents, Elma and Verda Scheck on Tuesday, May 4, 2021.

Matt loved his family and friends. He loved computers, video games, Pokeman, collecting Pokeman cards, cars, going on hikes, trips to the mall, putt putt golf and basketball. He was a fun loving young man who was very proud that he graduated from William Mitchell High School in Colorado Springs in 2019. Most importantly, he loved hanging out with his family and friends and will be missed by those that knew him.

He is also survived by Numerous Aunts, Uncles, Great Aunts & Uncles and Cousins.

A Memorial Service will be held at 11:00 AM on Saturday, May 15th at Ordway Blue Building in Ordway, CO with Pastor Eddy Nicandro officiating. Inurnment will be private at a later time.

Arrangements have been entrusted to the Ford - Ustick Funeral Home. Online condolences may be sent to www.fordustick.com