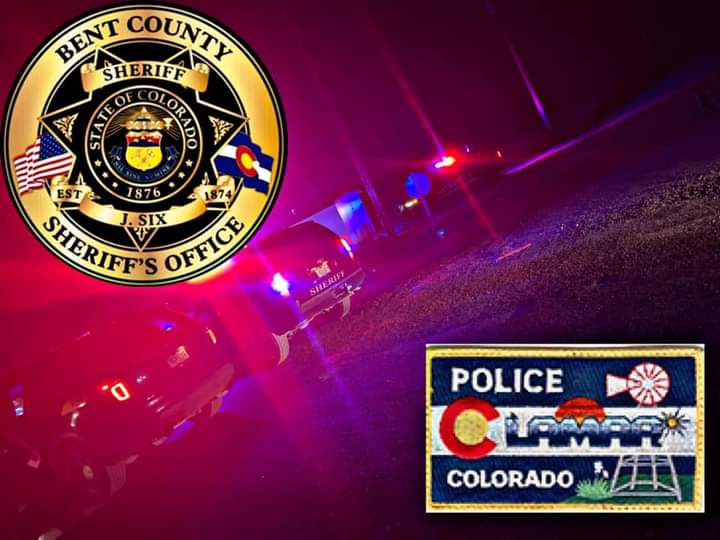 On Thursday, June 10, 2021 at approximately 02:30am Bent County Deputies were informed that Lamar Police Department was in a pursuit with a vehicle heading towards Bent County. They lost visual of the vehicle once near McClave.

A short time later the vehicle was located near county road 24 and LL. The vehicle had crashed into a ditch. Deputies held the scene and formed a perimeter to search for the individuals.

Deputies searched by a residence were a female party Chelsea Hall-Chavira (DOB 01/18/1992) and male party Bryan Martinez (DOB 11/24/1989) where located in some vegetation and detained. Lamar Police Department is handling the case.