Description: Kenny Arguello was revealed as the singer behind the potato head mask during the first evening performances of the Picketwire Players Masked Singer, an adaptation of a popular television show. brought to stage.

The Picketwire Center for Visual and Performing Arts hosted The First Evening of The Masked Singer Competition on Friday.

The event was held in combination with a food truck frenzy event, which made for many happy patrons.

Masters of Ceremony George Larsen and Natalie Summers entertained a near full house with a plate full of food jokes and maybe even a pun or twenty-two.

At one point during the performance Summers thanked her father for all of his dad jokes, which she sprinkled liberally through the show.

How hot was it George? "It was so hot the Rocky Ford Cantaloupe were Kentucky Fried."

Some were not as tasteful as the food truck offerings, but community theater is like pizza - even when it's bad it's good. 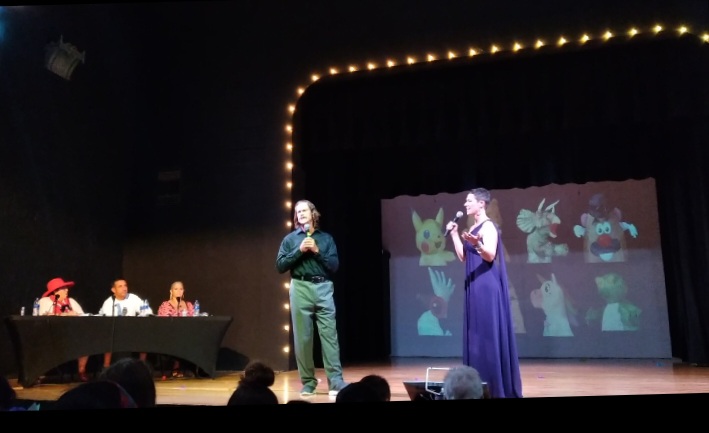 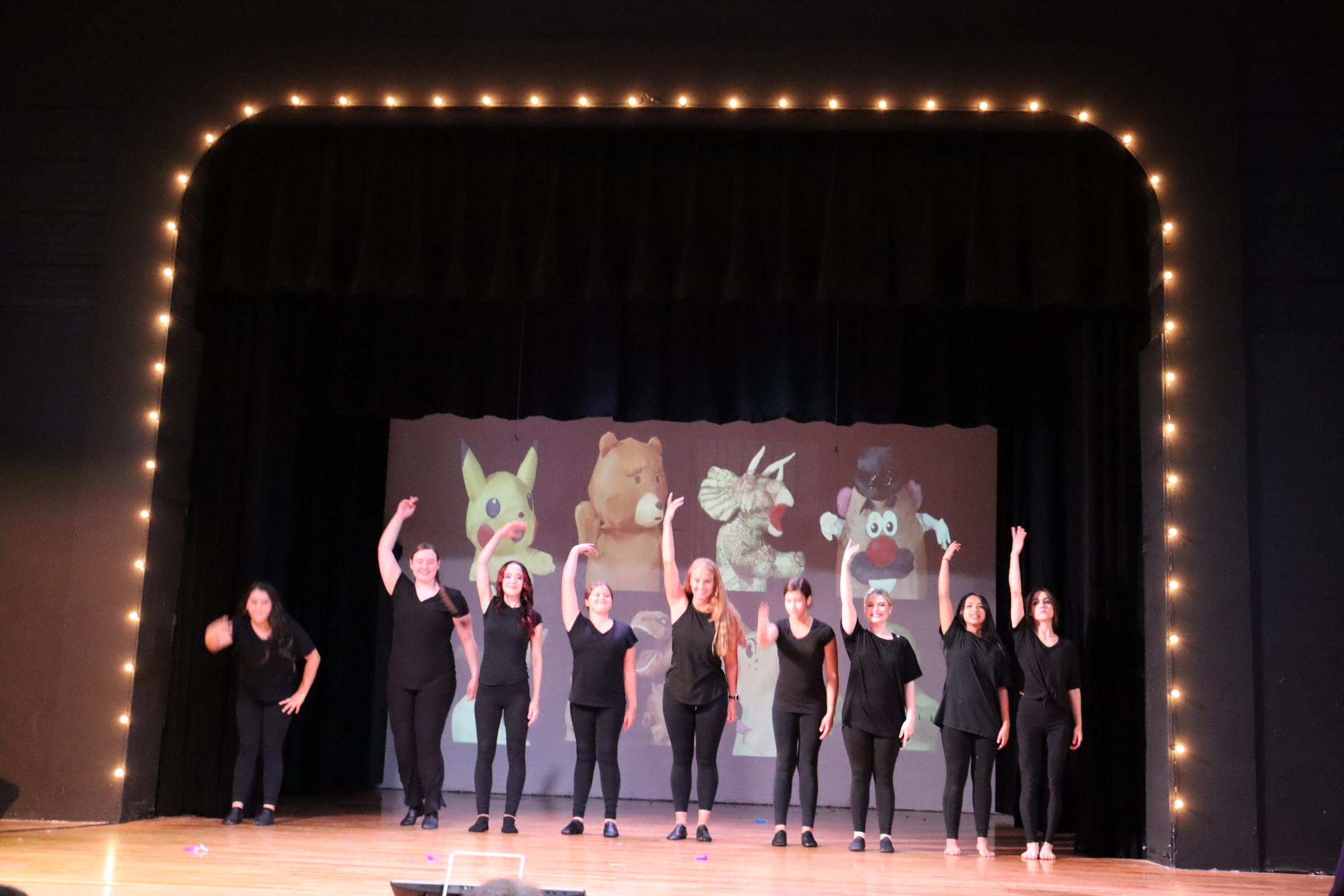 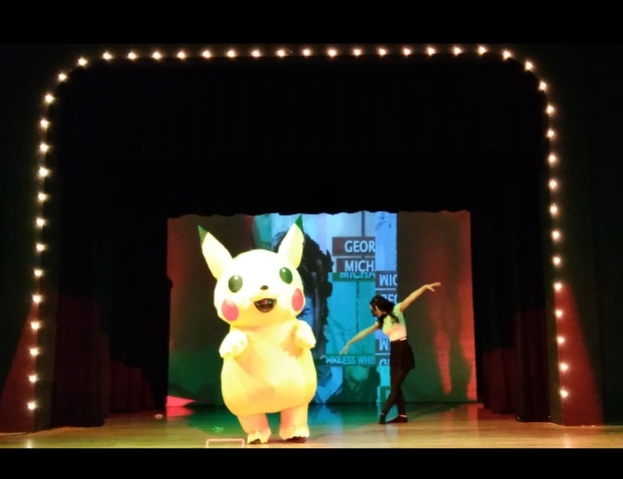 Pikachu enjoys the people and the park in La Junta. He said, "Overall its a friendly town with friendly people."

A fact that would surprise people about him is he loves to eat. 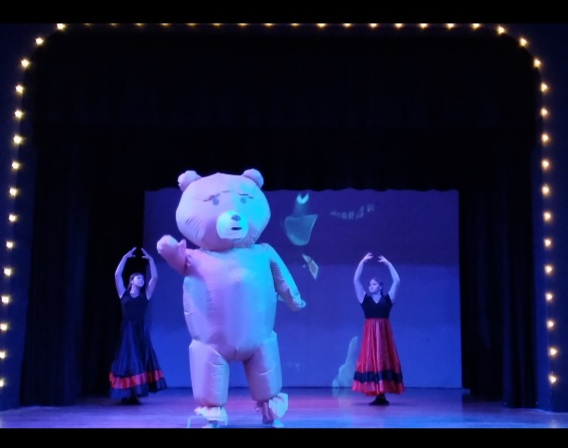 I am glad to be on stage again.

Bear said he remembers the smell of the pickle plant at the swimming pool and that he likes to cook.

He chose to dress as a bear because he likes to go bear foot. 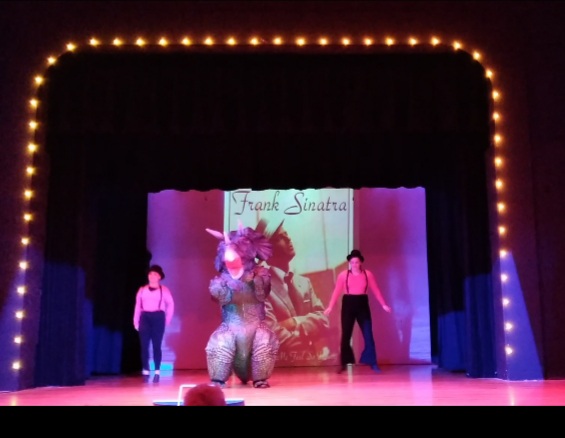 Sang: You make me feel so Young frank Sinatra

Triceratops said he has loved being on the stage and he would absolutely love to do this again.

He said it was going to be hard to keep him off the stage. 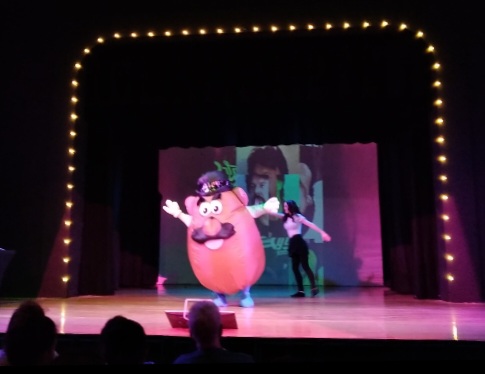 "Potato Head was going to go into broadcasting but didn't want to be just another common tater."

A fact about him that would surprise people is he shook hands with Burt Reynold's Cousin's Sister.

His talent is sleeping and spreading joy and love. 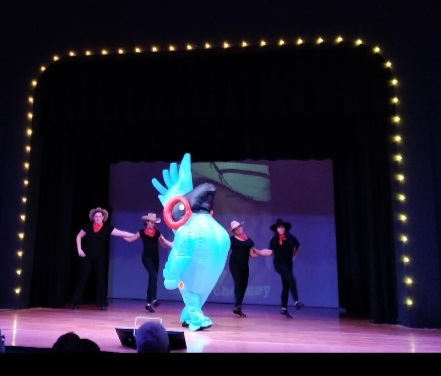 Sang: When the sun goes down. Kenny Chesney

Never been on stage because it is terrifying. She knows some of the panelists, but didn't want to give too much away.

Born and raised in La Junta. 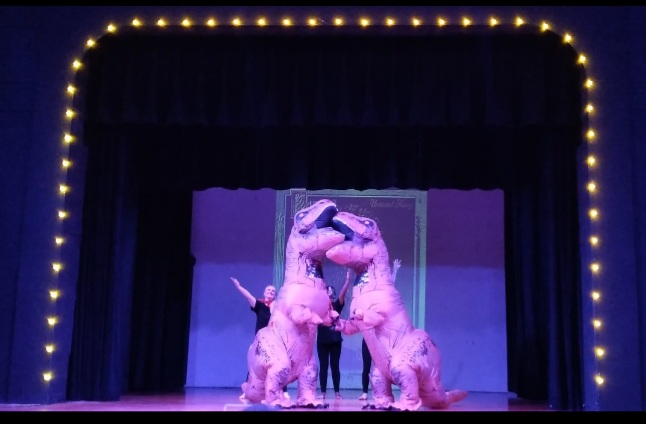 Began in theater in 1975. One was on stage for the first Picketwire production.

Special talent: I have the gift of gab just like George Larsen. 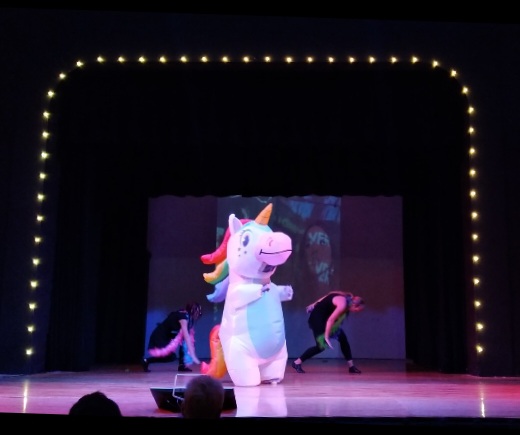 One of the panel members invited me to attend the show tonight.

"I love the people of La Junta because they are so nice." 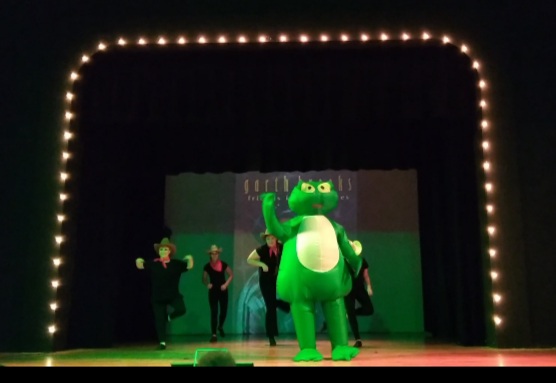 "Talents include swimming, hopping, lifting heavy things, and making my children do backflips."

Another Food Truck Frenzy Will Be Held and The Picketwire Player's Masked Singer Winner Will Be Crowned at Saturday Evenings' Performance.