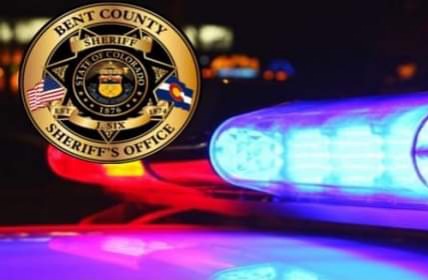 On Saturday September 3, 2021, at approximately 10:40 pm Deputies responded to the 300 block of Vine in Las Animas. Bent County Dispatch got a report of a male party suicidal pointing a gun at himself. Deputies arrived on scene and secured the area.

Corporal Hogue was called out for assistance due to the fact he had a rapport with the individual.

During the negotiation Deputy Monohan and Deputy Snover developed a strategy to try and get the weapon.

Great strides were made in this high stress situation. An agreement between the Deputies and the individual was made that he would place the weapon away from him.

While the negotiations continued Deputy Snover and Deputy Monohan sprung into action recovering the weapon, shortly after the scene was cleared safe.

The individual suffered a medical condition and EMS arrived on scene and transported the individual to the hospital.