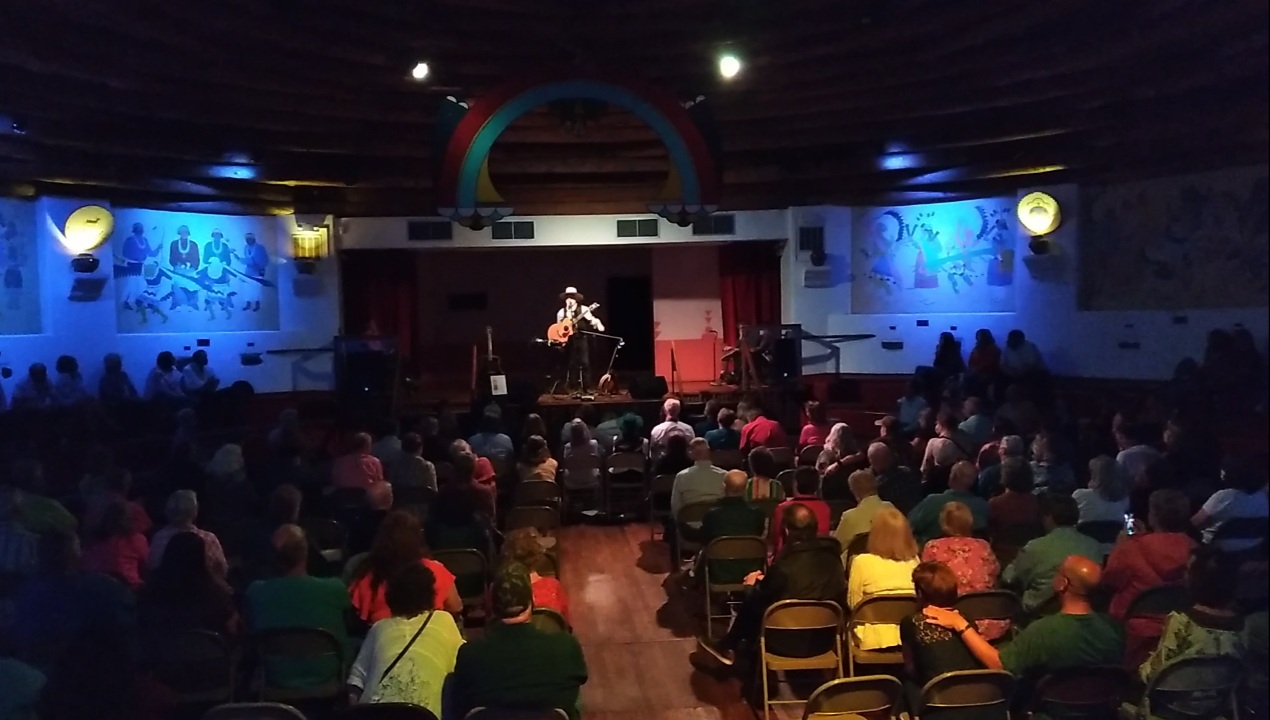 Michael Martin Murphey performed to a full house at the Koshare Kiva Trading Post and Museum on the Otero College Campus in La Junta. Friday night community members and participants of the Santa Fe Trail Bicentennial Symposium gathered to hear Murphey take them down the Santa Fe Trail on a musical journey. Several times during his performance Murphey said, "We've got a two part show, the first part is Country and the second part is Western."

He performed for over two hours and spoke fondly of his love for the history of the old west and the Santa Fe Trail. During his performance Murphey spoke about the Koshare Kiva and Museum with awe.

"The green room that they put me in alone had something like ten million dollars worth of original Taos art in it. As you tour this place you will see an incredible collection of art that has been assembled by Boy Scouts and Koshare Dancers and the Boy Scouts taking money every single night for the dances that they did since way back there, a few cents at a time from the Coke machine, a few cents that people paid to see their dances, the donations they made, and they went down to Taos, New Mexico and they started to buy up art."

"They bought paintings that are worth millions now for five hundred dollars at the time. That's how this whole thing started because of young people being interested in western art and western history. That's also why we're here this weekend, hoping that those of us that love the history of the Santa Fe Trail will be able to pass that on to other generations. The excitement and the amazing story that goes along with it."