The Santa Fe Trail Lives On! Bicentennial Symposium a Success! 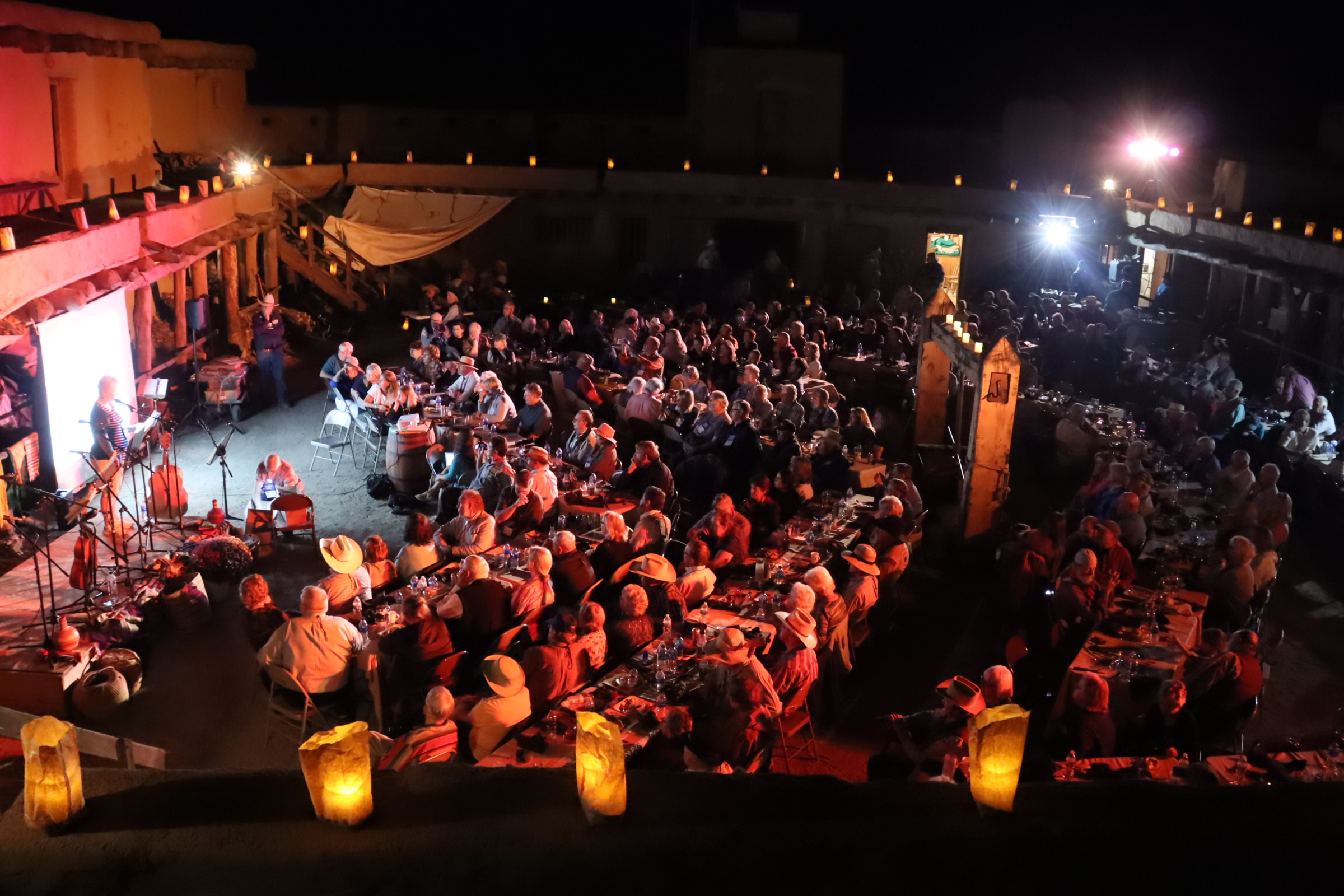 Bicentennial Symposium a Success!
By: Ed Stafford
After five years of planning, the Bent's Fort Chapter of the Santa Fe Trail Association found success in the accomplishment of their SFTA national symposium Sept. 22-26.  And, through five years of expected labor and unexpected challenges, such as the question of COVID-19 cancelling their endeavors, members were rewarded with very positive responses from all attending..
Meeting in La Junta, CO, on the bicentennial of the beginning of the Santa Fe Trail from the United States into New Mexico in 1821, the symposium brought nearly 300 registrants to Bent's Old Fort NHS, Otero College, and The Koshare Museum for scholarly talks on Trail topics, music, banquets, presentation of awards, guided bus tours to Trail-related sites in southeastern Colorado, a Youth Symposium created by Rebecca Goodwin, and days of fun, color, and history brought to life as Bent's Old Fort National Historic Site welcomed a huge number of visitors.
According to Alicia Lafever, Information Officer at the Fort, 3,100 visitors passed through the gate at Bent's Fort, where they found Mexican laborers, Bent-St. Vrain Company clerks and traders, domestics, craftsmen, and Indians doing business at the fort.  Outside the fort, they encountered camps of reenactors in dress of the period portraying traders, hunters, members of the John C. Fremont expedition of 1843,  and members of the Snively Expedition of that same year.  These 60 "living historians" brought vividly to life "Mr. Bent's Mud Castle" in its heyday.
Added to those were musicians and historians Rex Rideout and Mark Lee Gardner. and the Southwest Musicians, Lorenzo Trujillo and his band, who played for the Saturday night fandango in the Fort plaza. following the banquet there.  During the days, vendors fed the hungry outside the Fort.  "Food vendors really helped to keep folks fueled," says Lefever, " and the bookstore at the Fort was always full."
Bent's Old Fort National Historic Site Staff are credited by all who organized the Symposium with the ultimate success of the event.  "This would not have been successful without the Fort," says LaDonna Hutton, vice-president of the sponsoring Bent's Fort Chapter of the SFTA.  "And, we couldn't have had a better stage than the Fort ," adds Kevin Lindahl, chapter president.  Fort personnel added 16 to the number of those involved in the Bicentennial commemoration, headed by Stuart West, Superintendent of Bent's Old Fort.  "The success of the Symposium would not have been as successful without the unstinting and very generous monetary and physical support of Stuart West, Alicia Lefever, and staff," the whole planning committee agree.
The Symposium Planning Committee, numbering 26, and headed by Hutton and Lindahl, began work in 2016 and met periodically for several years before accelerating their schedule to monthly and then twice-monthly meetings.
The Humanities Center at Otero College was the location for registration, vendors, and Symposium speakers who gave scholarly talks on a varied list of topics from pandemics and death on the Santa Fe Trail to Santa Fe trade merchants and their trade goods, from business and power on the Trail to Bent's New Fort.  A symposium is a meeting at which learned specialists deliver short addresses on related topics.  The Santa Fe Trail Association holds a symposium every two years in locations along the Trail. Otero College staff headed by Dillon Martin made all arrangements needed for use of the Humanities Center, and Larry Shirley, theatre technician, enabled all lectures.
The Koshare Kiva Museum was also open to visitors, where they saw new exhibits of First American paintings, pottery, and other artifacts.  Artist Jeremy Manyik was a prominent contributor of artwork to the Symposium effort, including a new Bent's Fort Chapter logo.
There were 20 sponsors and donors . The Barista and Sodexo of La Junta contributed food.   It was reported that "all motel rooms in La Junta were filled, and the downtown area was teeming with visitors."
Follow SECO News on the Santa Fe Trail:
seconews.org/santa-fe-trail 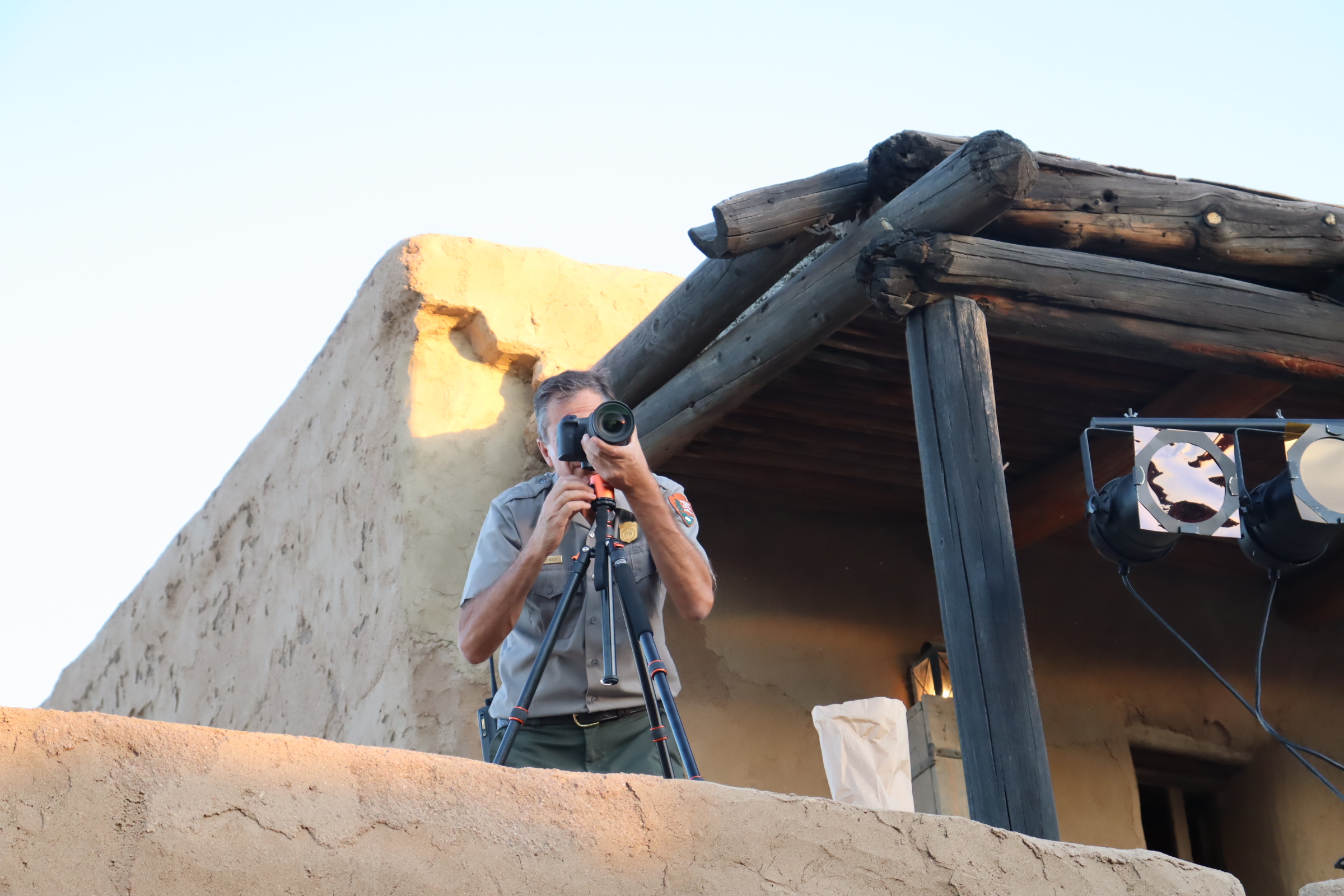 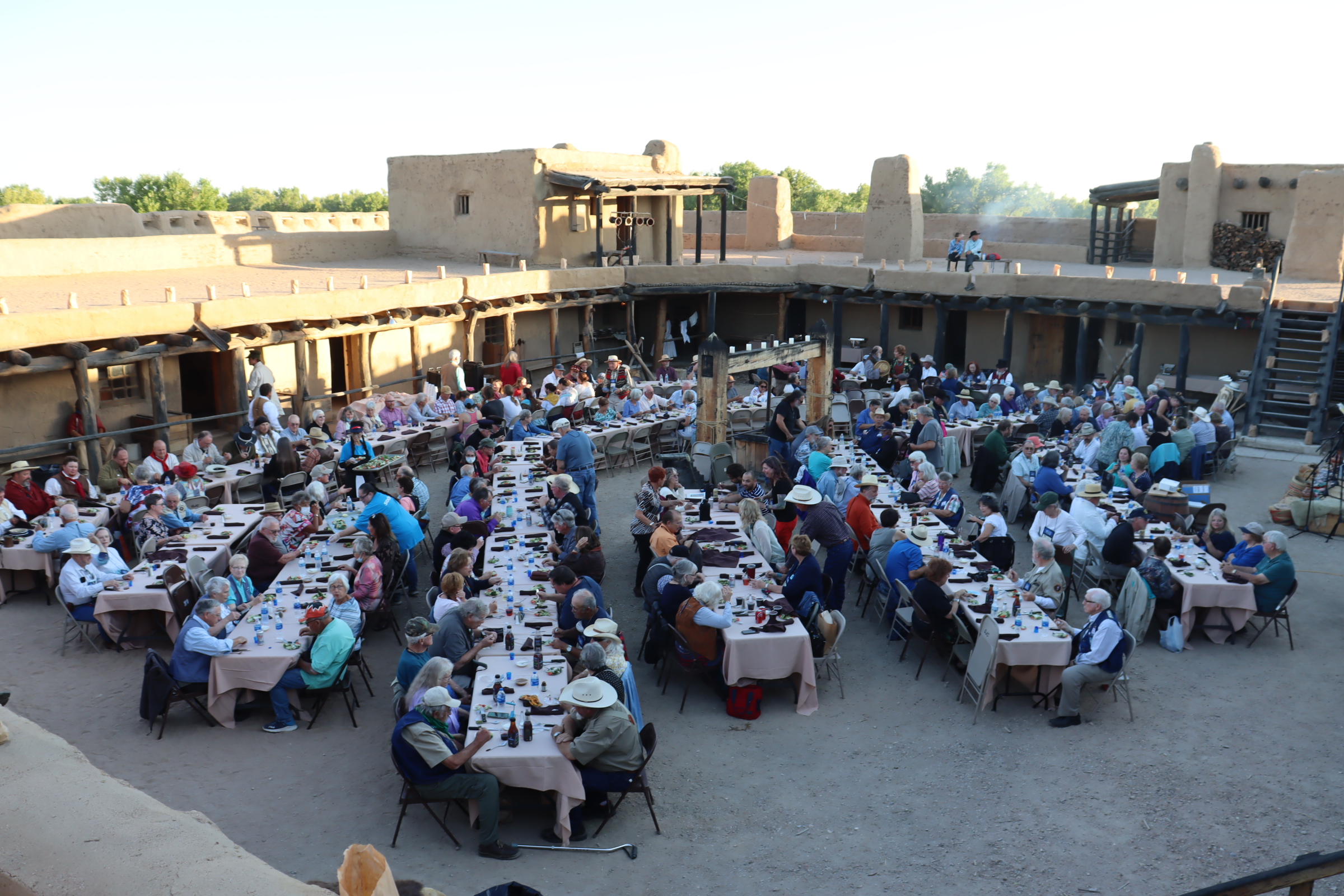 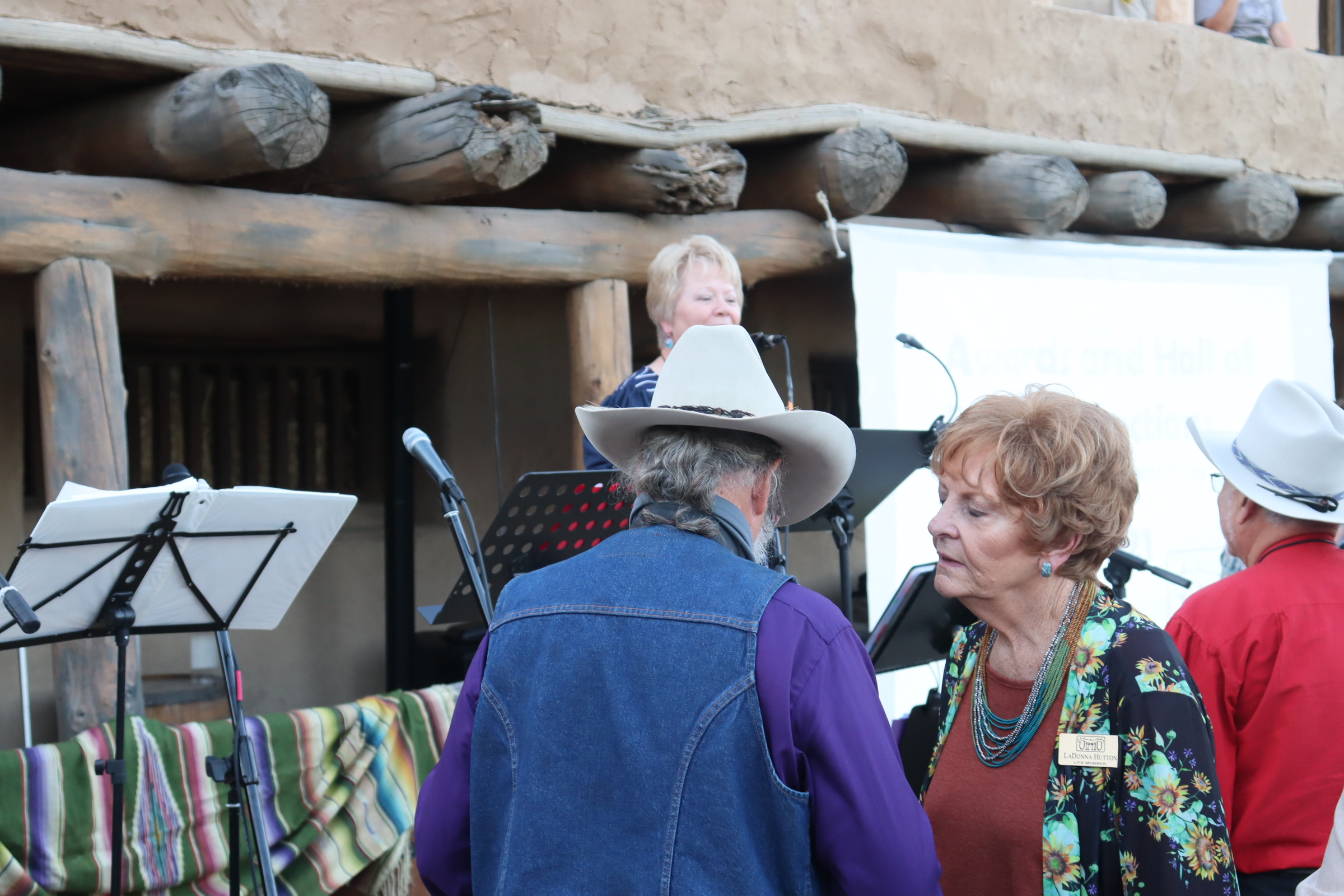 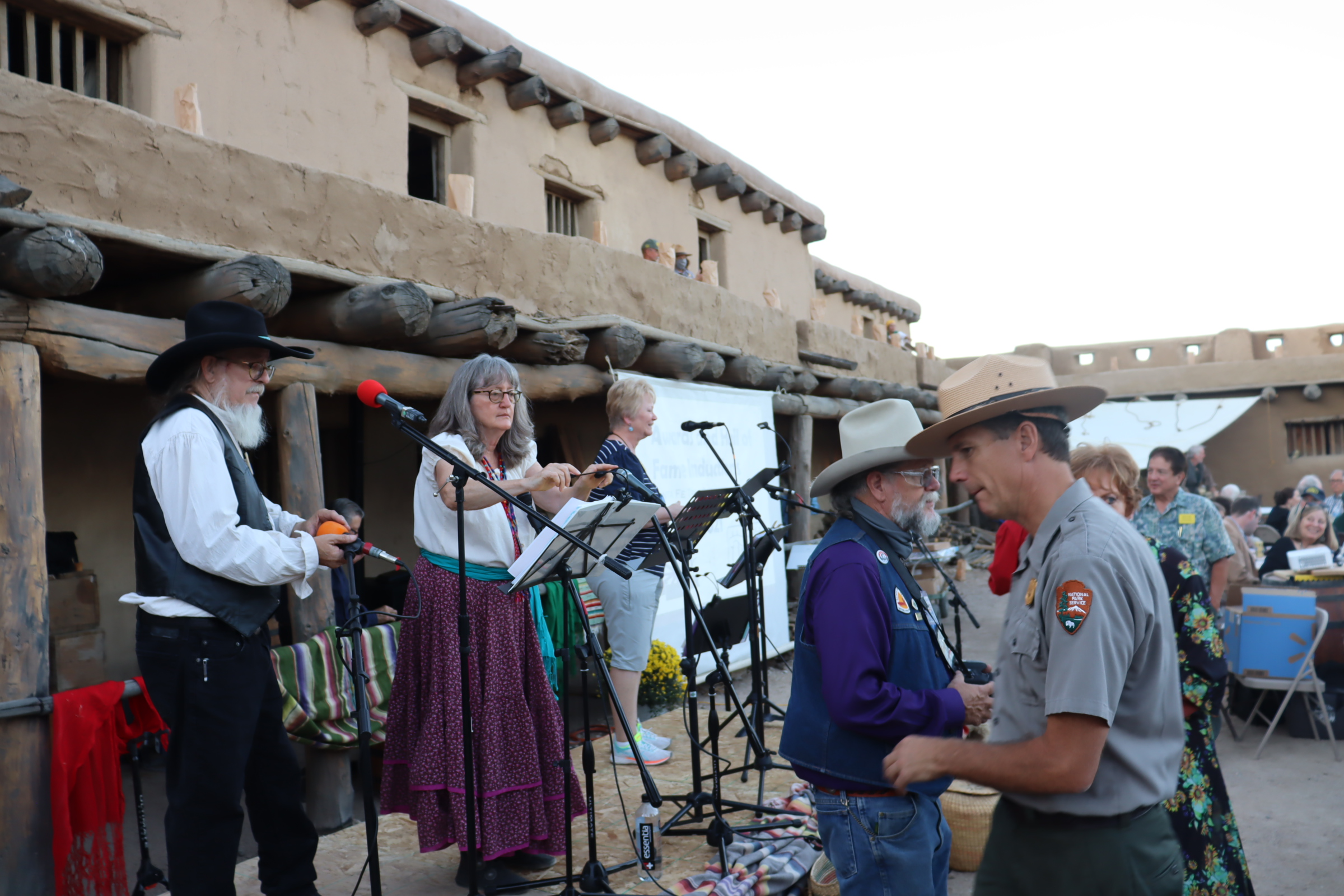 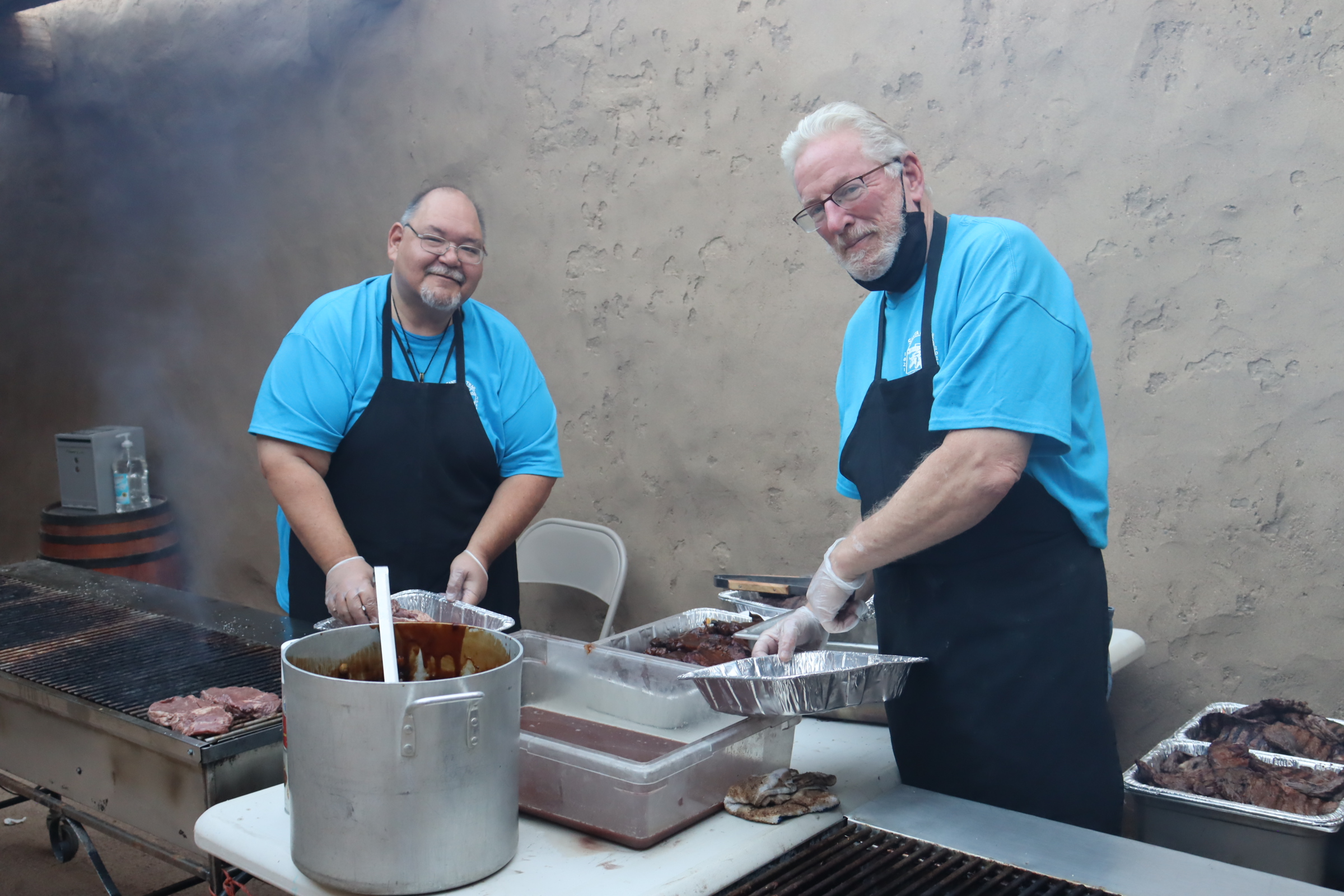 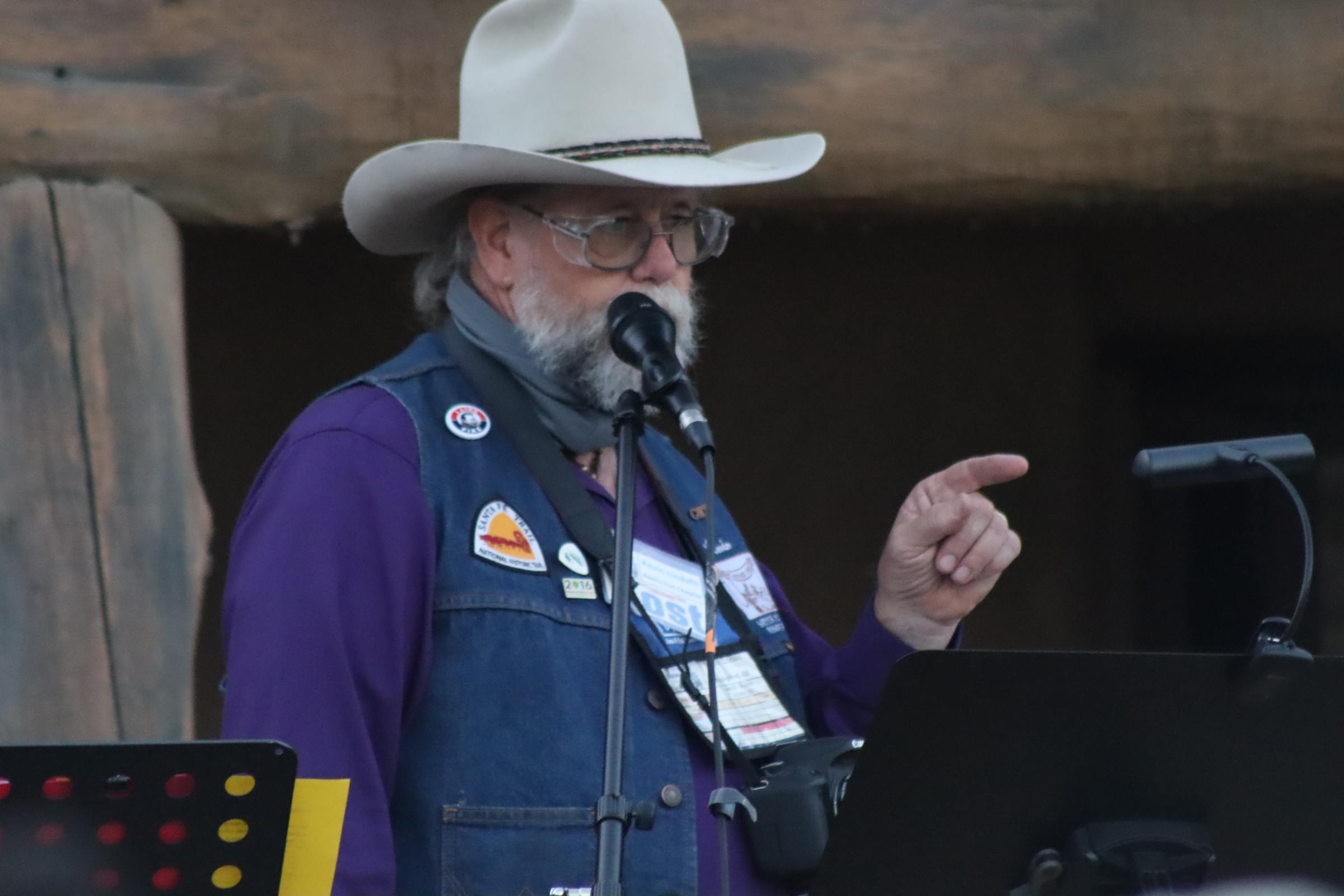 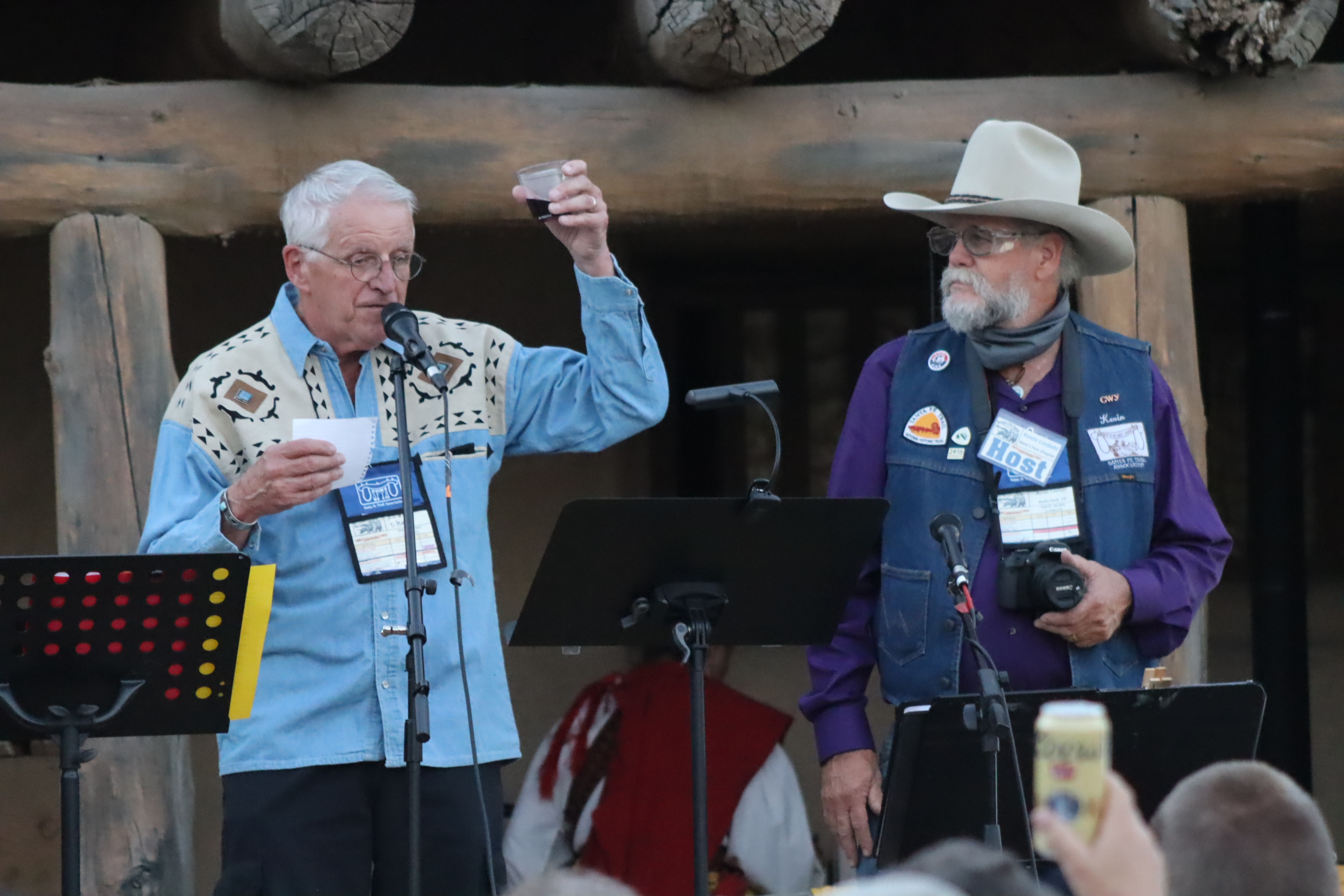 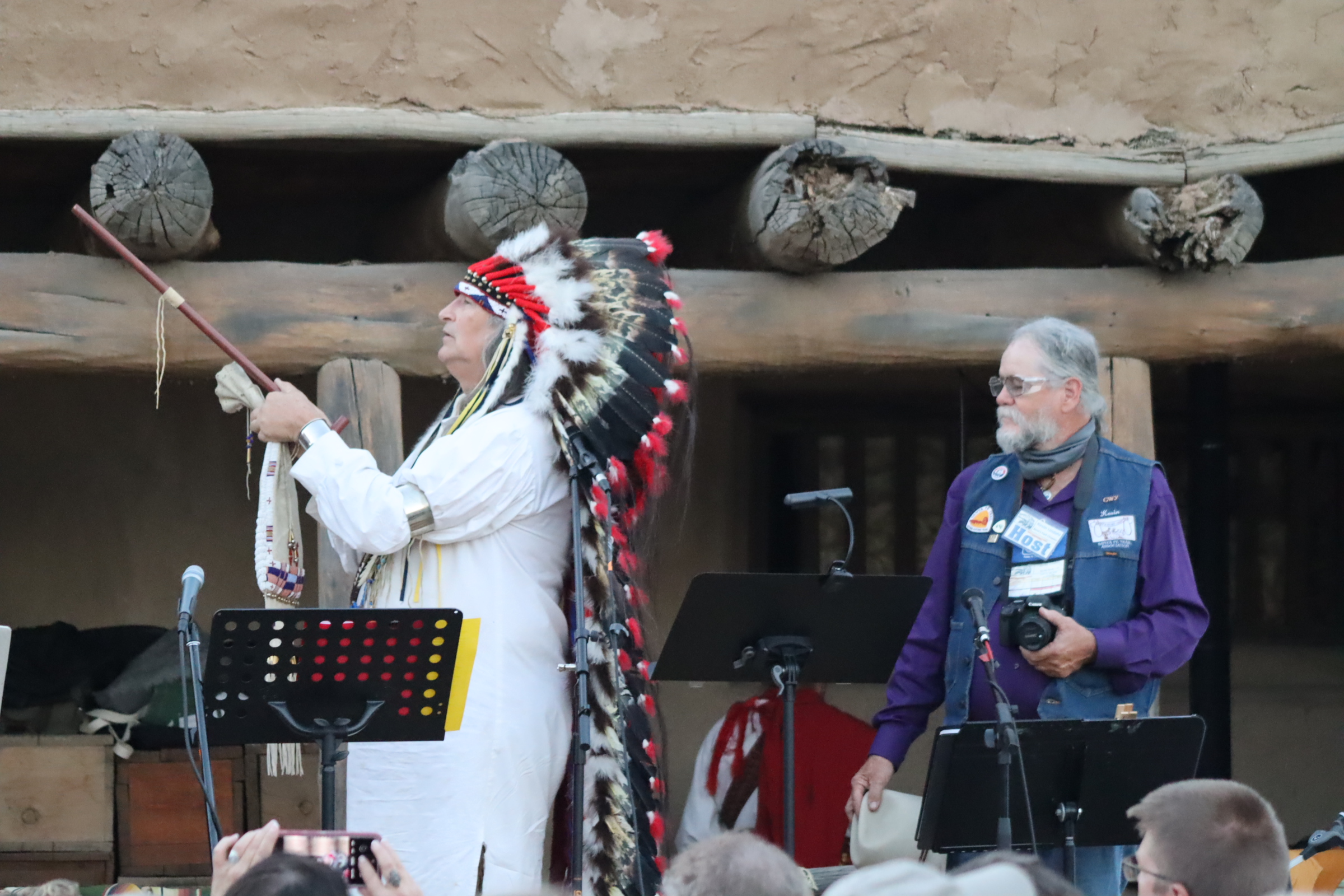 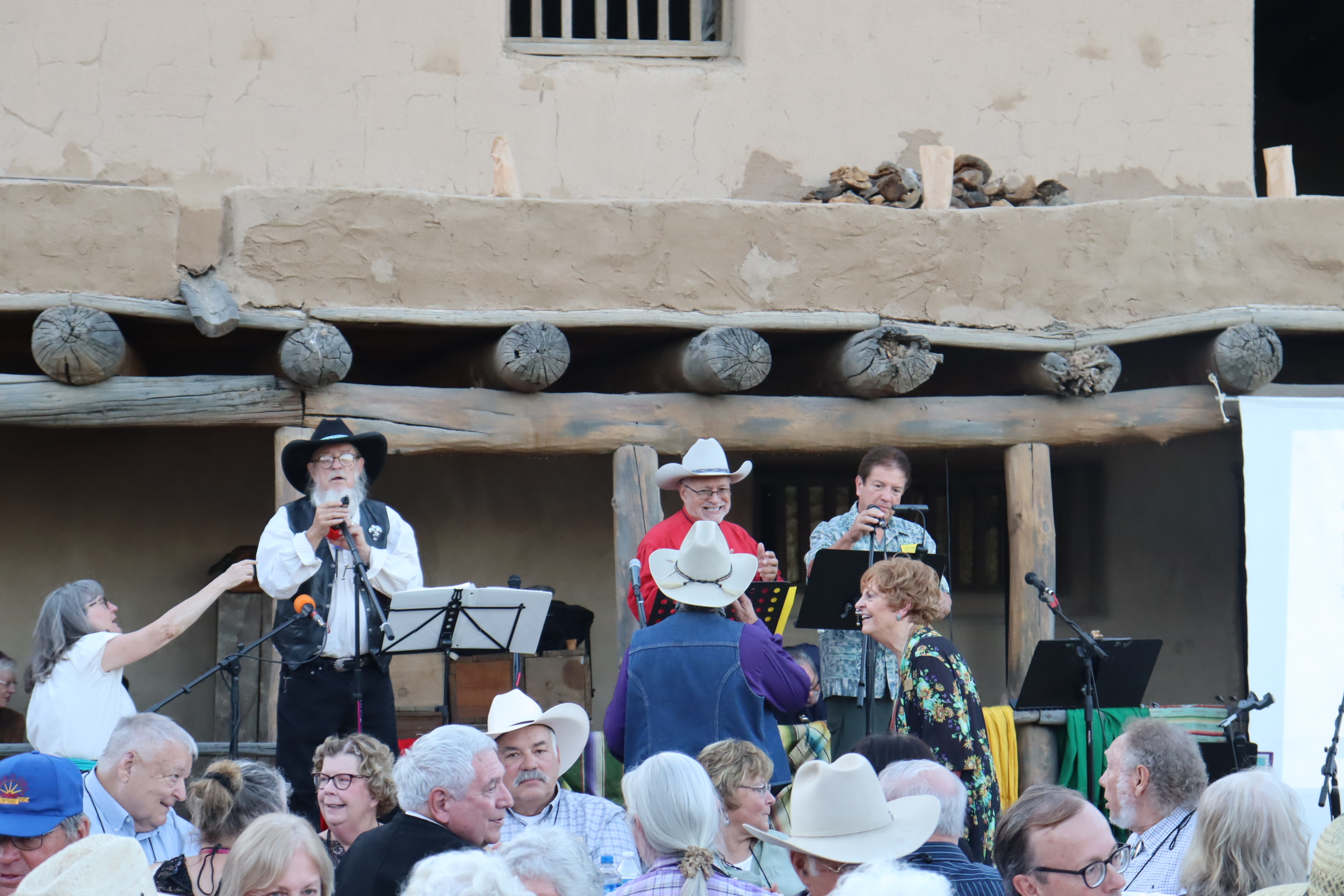 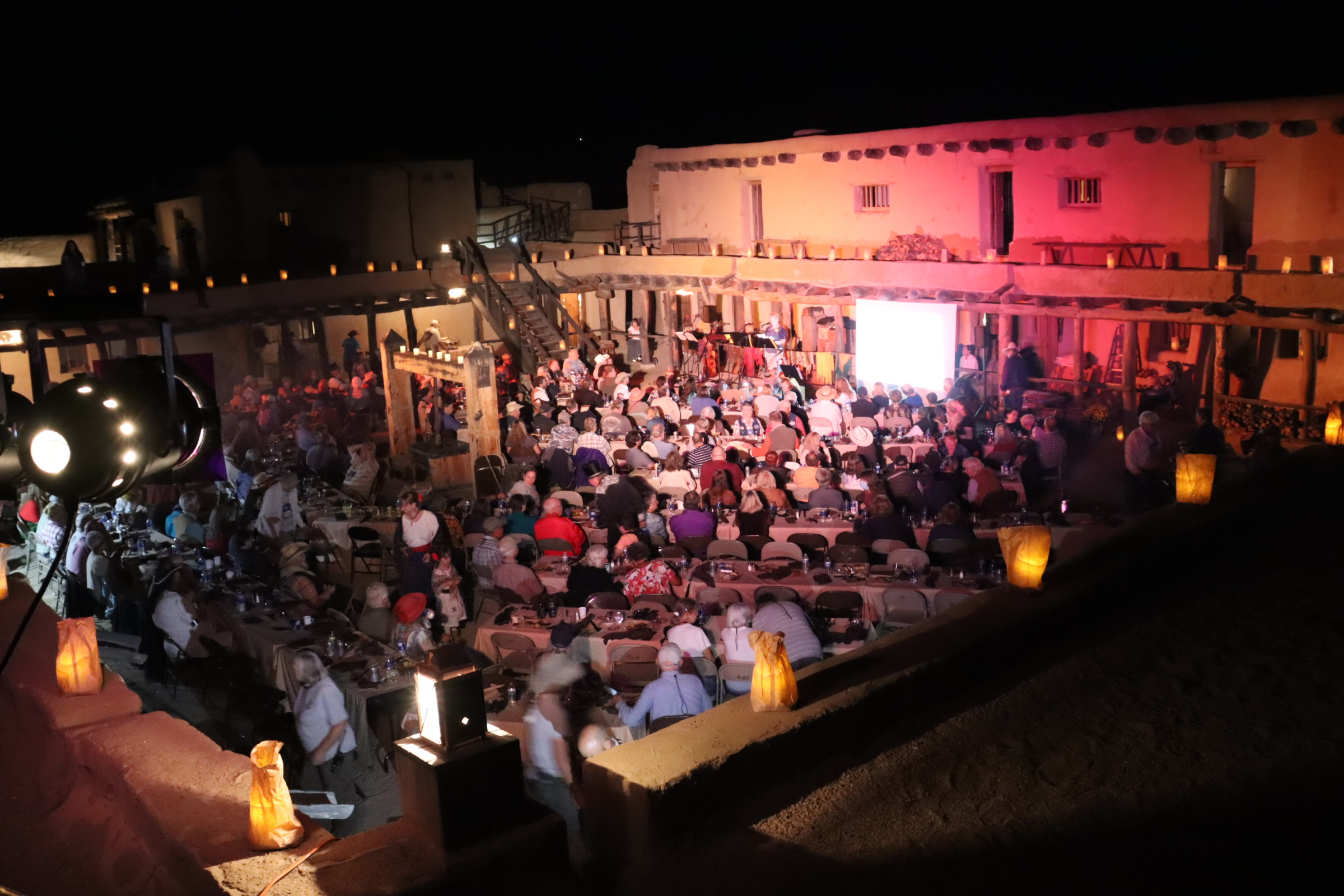