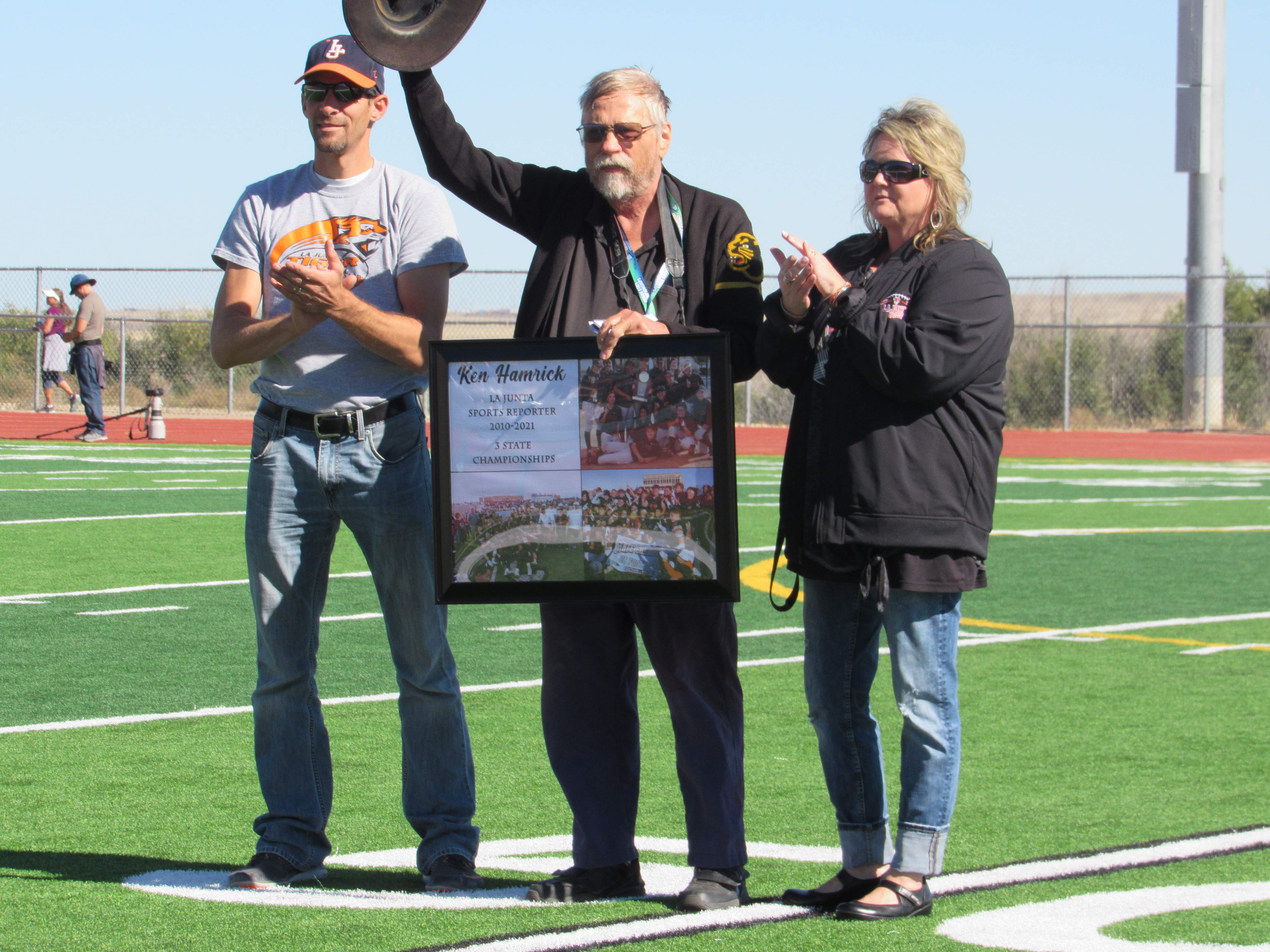 Bidding farewell to La Junta fans is Ken Hamrick, 13 year veteran La Junta Tribune-Democrat sports reporter and editor. Hamrick made an appearance in La Junta last Saturday. He is starting with the Alamosa paper this coming week, and he will be covering 11 schools.

At the half of the La Junta-Bayfield game on Saturday, La Junta fans cheered for Ken Hamrick, veteran La Junta Tribune-Democrat reporter for 13 years, in two engagements, the first for two years and the second for 11 years.

“He was always nice to our boys,” said Dee Rangel, information systems coordinator for La Junta Schools and veteran football mom. He will be going to the Alamosa newspaper, where he will be covering eleven schools. Hamrick has also published a book on the history of La Junta football.

Ken will surely be missed by the Arkansas Valley Community as his service as a reporter was steadfast and representative of the People of Southeast Colorado.

Everyone at SECO News wishes Ken well and welcomes his contributions should opportunity arise. Good luck in Alamosa Ken!