Description: The Otero county sales tax report indicates a 7.77% increase over the same month last year and a cumulative increase over the year of 16.74%, which exceeds the projected revenue forecast considerably.

The Otero County Commissioners conducted regular approval of bills and payroll, approved a liquor license, and discussed the county sales tax report, which exceeds the forecast revenues by nearly $50,000, during their public hearing on Monday, November 22. They approved their previous minutes from November 8, 2021.

Otero County Clerk and Recorder Lyn Scott reported that Creekside Smokehouse had completed all required steps to receive approval for their liquor license.

Hostetler made motion to approve the Creekside Smokehouse liquor license, Oquist seconded, the motion passed unanimously. It is now waiting approval from the state of Colorado.

Otero County Clerk and Reporter Lynda Scott reported on the General Election R.L.A. (Risk, Limit, Audit). She said 87 Ballots were verified and they came out perfect, they matched 100% on the ballot verification process, which will be finalized tomorrow, according to Scott.

Hostetler reported the most recent OCLI meeting happenings, including the new building project and interviews for a new manager at the Otero County Landfill.

Commissioner Oquist reported on the SAGE meeting. He said they purchased a new freezer, convection ovens and other commercial kitchen equipment. He attributed the kitchen upgrade to COVID-19 funds.

Baldwin reported that he attended the CDOT meeting and said more public comment was currently being considered regarding the greenhouse gas regulations.

Oquist announced that the Landfill, Courts and County Offices will be closed in observation of Thanksgiving on Thursday November 25, 2021. 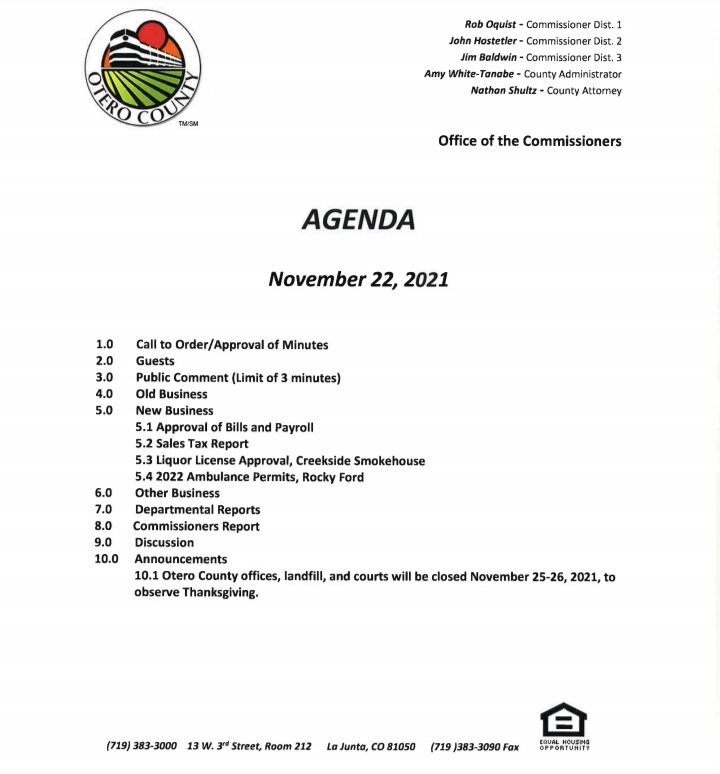 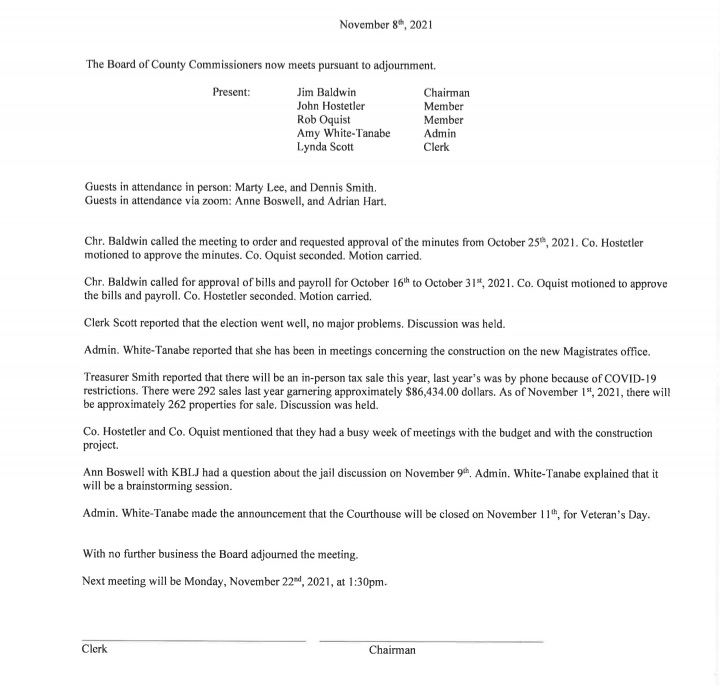 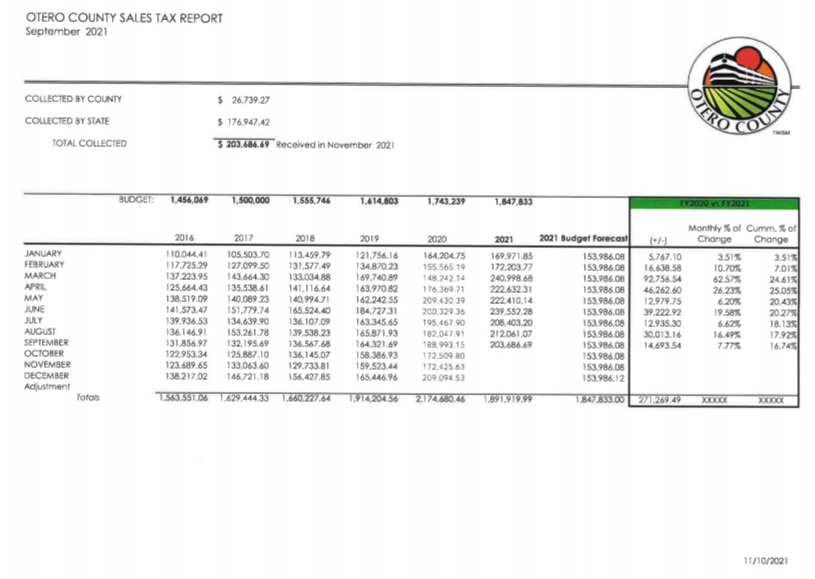 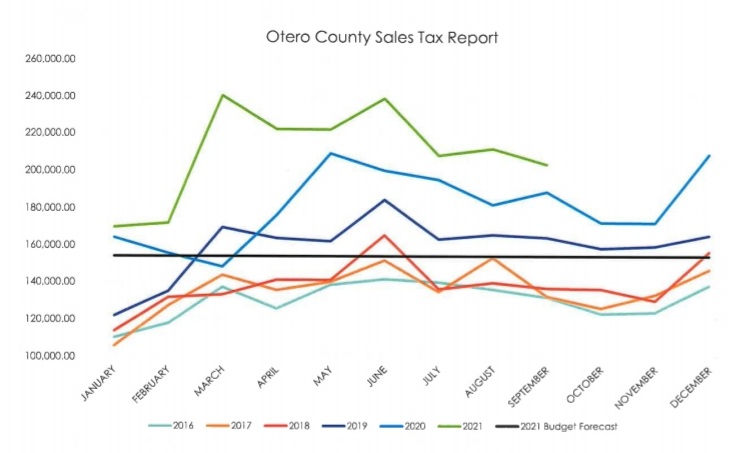