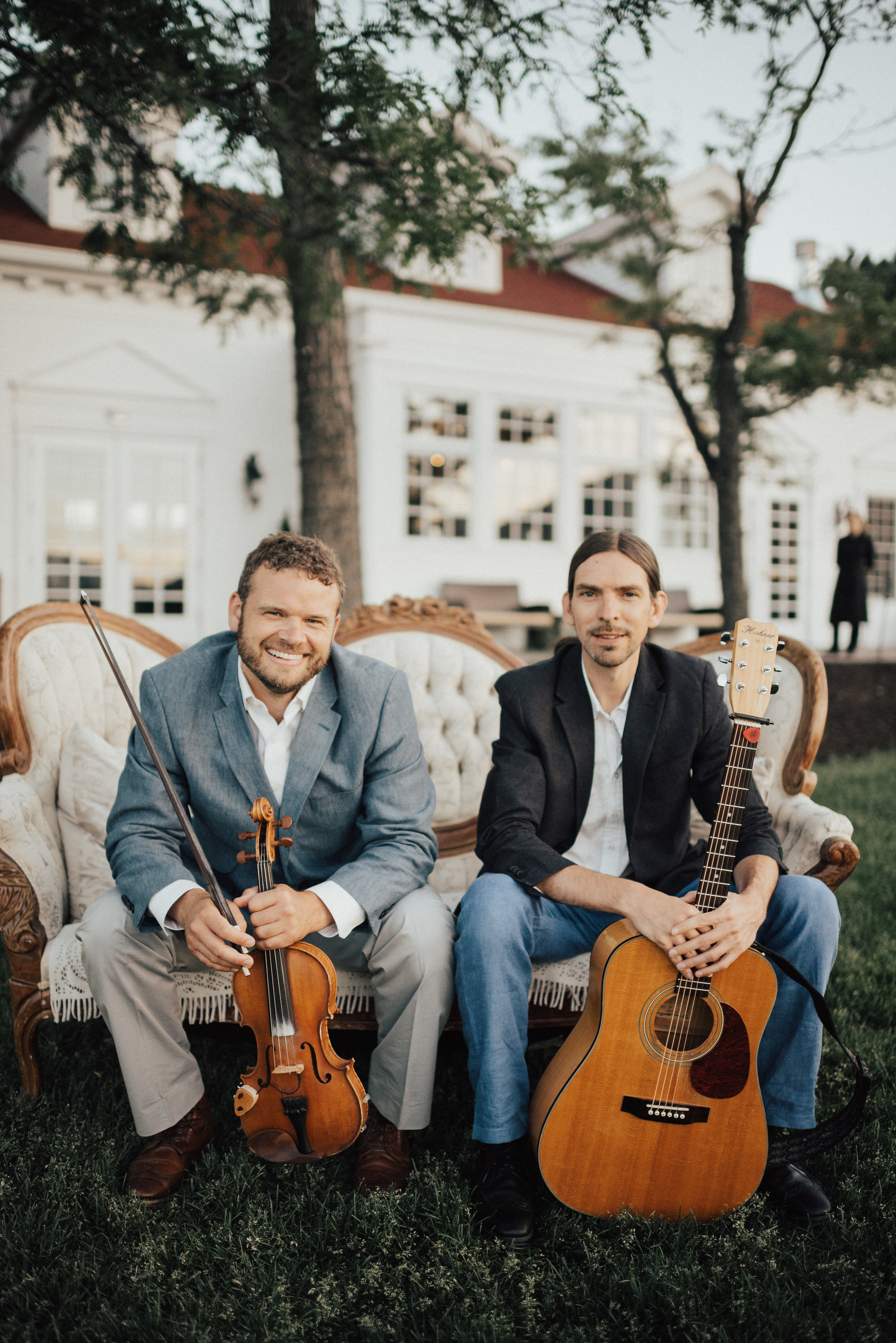 Arkansas Valley Community Concert Association Hosts Irish Folk Duo Jan 16
The third scheduled concert of the 2021-2022 season of the Arkansas Valley Community Concert Association has been changed, according to the AVCCA Board.
The LJ7, La Junta’s own “Little Band with the Big Band Sound” under the direction of Al Guadagnoli was originally scheduled to play a concert on January 16. However, serious illness on the part of one of its members has necessitated cancellation of that concert.

Another performer has been scheduled at the last minute for the AVCCA Concert scheduled for a Sunday matinee at the Ed Stafford Theatre on the Otero College campus.

A duo known for their traditional Irish music has agreed to play for us on Sunday, January 16 at 2:00 p.m. in Otero College’s Ed Stafford Theatre.

Adam Agee on fiddle & Jon Sousa on guitar and banjo began playing together in Boulder, Colorado in 2005.

Moving to Ireland in 2008 to further immerse themselves in the music, land, and culture, they lived in Ennis, County Clare, taking part in the vibrant session community there.

Moving back to Boulder in 2009, they continued to hone their sound as a duo. They now tour in the United States and internationally.

As educators, Adam & Jon teach Irish tunes and technique at music camps, festivals and international schools across the world.

Adam's fiddle music is sensitive and dynamic, ranging from driving dance tunes to whispering laments. Raised in the mountains of Santa Cruz, California and Boulder, Colorado, Adam first traveled to Ireland in 2004, basing himself in the richly musical town of Ennis.

Through opportunities in America and Ireland, he has studied with many of today's living tradition-bearers. He has been teaching and performing for more than 20 years.

Jon fell in love with music at an early age, listening to the 70's folk albums in his mother's record collection. He journeyed on to rock music, passed through the realm of electronic dance music, made his way on to West African percussion, and finally landed in the world of traditional Irish music.

Jon’s passion for music has taken him all over the world, from the beautiful countryside of France to study with master fingerstyle guitar player Pierre Bensusan, to Senegal, West Africa, to study Sabar Drumming, and eventually to reside in Ireland in 2008. There he refined his skills in interpreting Irish music while earning his Master of Arts degree in Traditional Irish Music Performance at the University of Limerick.

Members of AVCCA can use their season tickets for admission to this Irish concert.

Others may still purchase season tickets—$50 individual adult, $25 individual student, and $125 for family all living at the same address, or they can buy tickets at the door that afternoon for this concert only—$20 for adults and $10 for students.