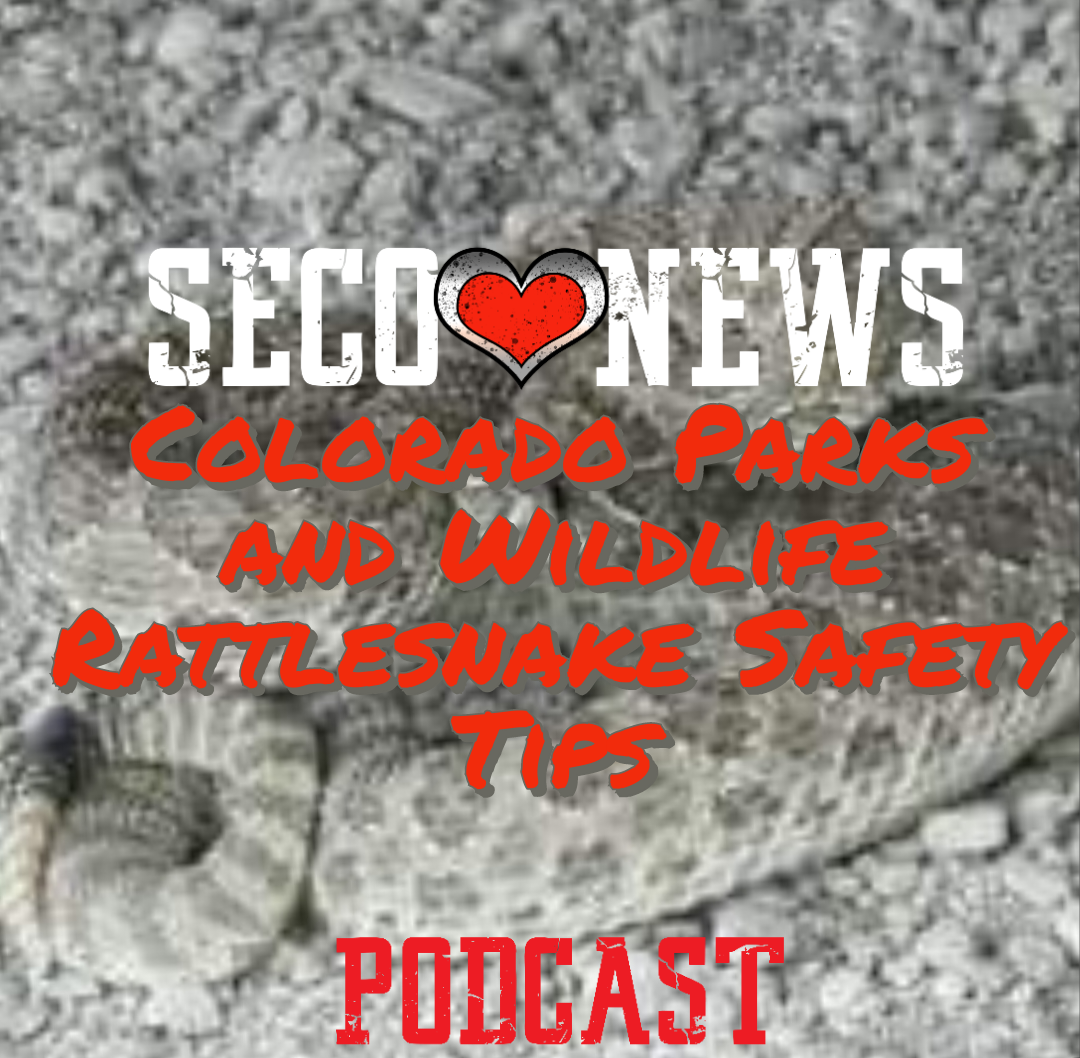 Rattlesnakes: CPW Podcast Episode Discusses How You Can Stay Safe if You Encounter One This Spring, Summer and Fall

COLORADO - Rattlesnakes have a lot of misconceptions or folklore surrounding them because they are often perceived as mysterious and are generally misunderstood. Colorado Parks and Wildlife species conservation coordinator Tina Jackson has spent the last 20 years learning about snakes, and she shared her knowledge of rattlesnakes in the latest Colorado Outdoors podcast, episode No. 28, released Wednesday.

Click here to listen to the podcast episode on rattlesnakes

Colorado is home to about 30 species of snakes. Of these, only three snakes are a risk to humans; the prairie rattlesnake, the Western rattlesnake and the massasauga rattlesnake.

Rattlesnakes have a distinctly triangular head that is much broader than the neck. They have thick bodies, whereas non-venomous snakes with a few exceptions, are lithe and slender. Bullsnakes, corn snakes and the western hognose snake are often mistaken for rattlesnakes because they possess similar color patterns and will mimic the defensive behavior of a rattlesnake. Look for the sharply pointed tail, round pupils and oval-shaped head to distinguish these species from native rattlesnakes.

If you encounter a rattlesnake, your first step should be to freeze in place. Snakes are often heard before they are seen. Freezing movement will reduce the threat you pose to the snake and help you assess the situation. Slowly back away from the snake once you locate it.

Rattlesnakes can strike to a distance of half their body length, and a good rule of thumb is to put at least five feet between yourself and the snake. Most often, rattlesnake bites to humans occur when people try to handle them or move them out of the way. It is best to keep your distance from them - move around them instead of actually moving them yourself.

As temperatures warm and people tend to spend more time outside, more encounters with rattlesnakes will occur. It is best to stay alert, keep your earbuds out and music off so you can hear their warning, and keep your dogs on a leash.

Extra caution is needed in the mornings and evenings when snakes are most active and visible. They have a fairly predictable pattern of activity - cool spring and fall temperatures require the snakes to bask in the sun on warm surfaces early in the day, which often includes pavement or trails that humans frequent. Rattlesnakes usually hunt at night after they have become warm enough for such activity.

If you are bitten by a rattlesnake, move carefully away to a safe location. Remain calm and allow the bite to bleed freely for 30 seconds. Cleanse and disinfect the bite area with iodine, or soap and water. Call ahead to the nearest hospital so they can plan accordingly for your visit.

Rattlesnakes are a regulated species and cannot be killed when you come across one on a hike. The legal take of a prairie rattlesnake requires the individual to possess a small game hunting license and its open season runs June 15-Aug. 15, annually.

Remember, snakes are an important part of our ecosystem. Click Here To Download The Rattlesnake Guide PDF to learn more about rattlesnakes in Colorado and also see our Quick Key To Amphibians and Reptiles of Colorado.