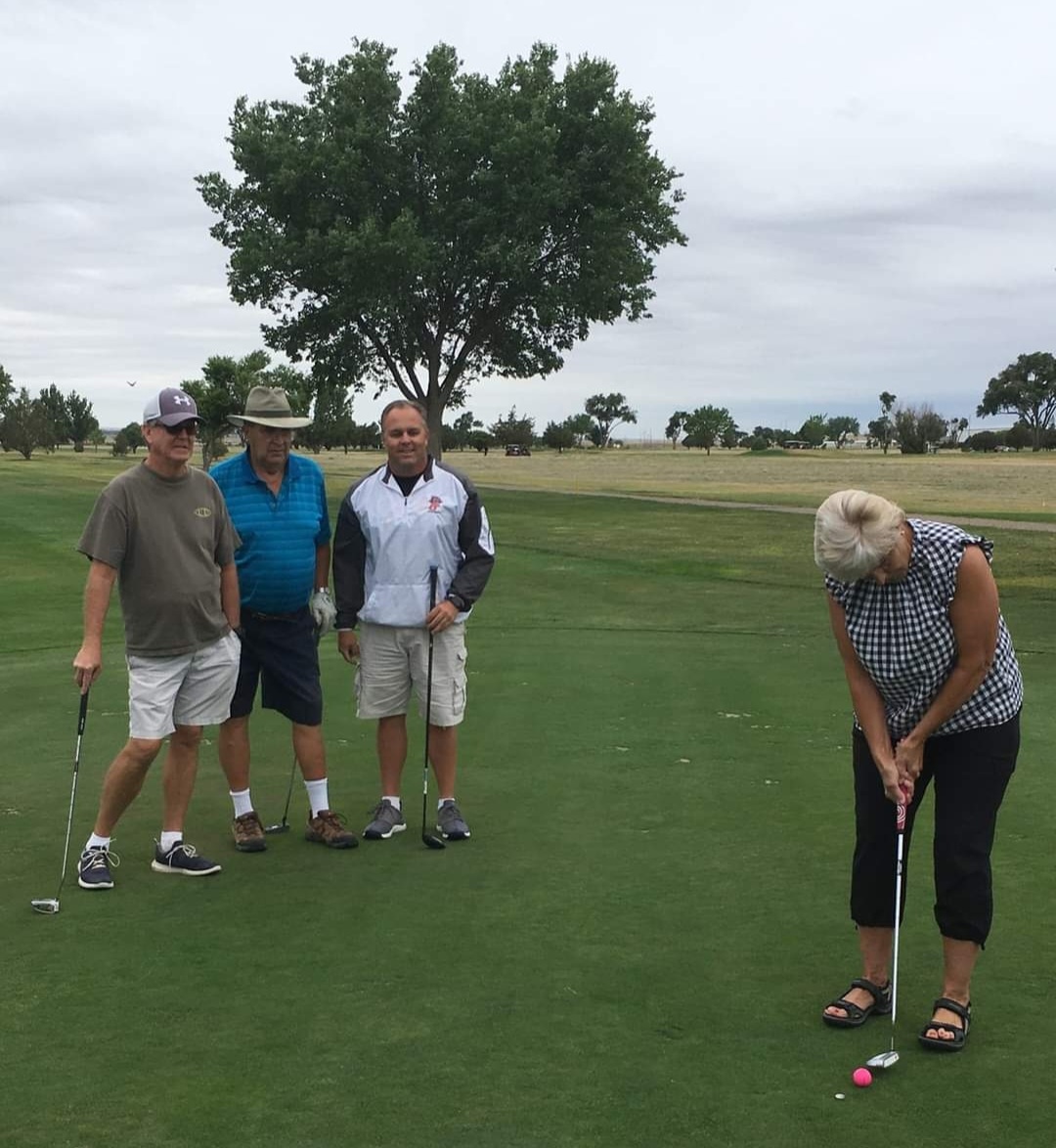 The La Junta Senior Golf League met on Tuesday at our new start time, 9:00am.  The 43 golfers were split into 7 teams of 5 players and 2 teams of 4 players.  We played a scramble format game, but each player was only allowed three clubs.

Next Tuesday, June 28, we will play the normal scramble format. We will celebrate July 4th so wear your red, white and blue. Dessert will be provided after play by CaSandra Thomas. Register to play starting at 8:15-8:30 and play will begin at approximately 9:00 am.  Golfers cannot register later than when teams are being made at approximately 8:45. Call 469-0691 if you are coming by 9:00, but may be late to register.