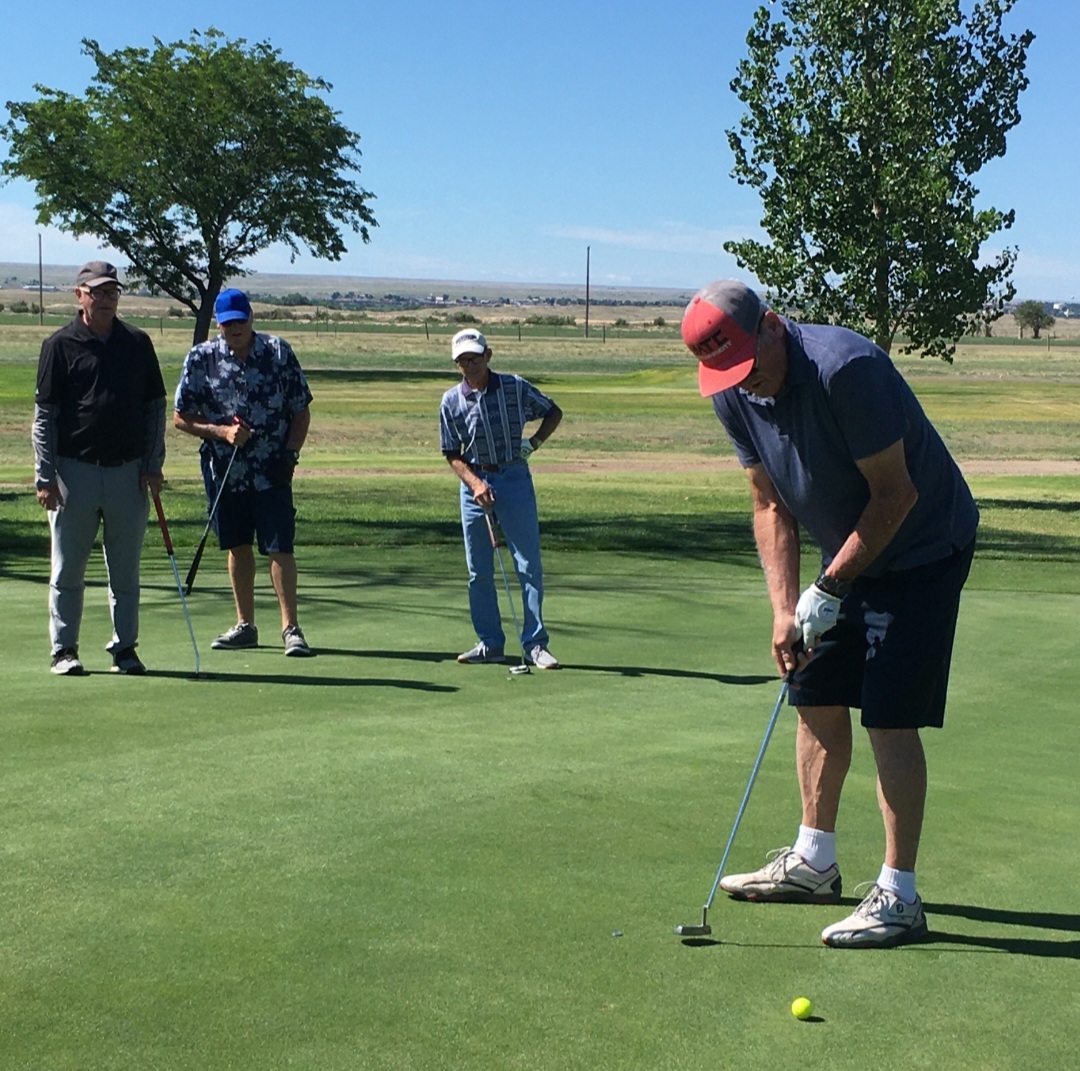 Byline: Golding
La Junta Senior Golf League - Results for July 12, 2022
There were 44 senior golfers for league play on Tuesday.  We welcomed one new player, Keith Wagner. We had eight teams with five players and one team with four players.  We played a regular scramble format. Skin awards were available on all even numbered holes, however, no team received a skin.  There was the prize chip on hole 6; no one was able to get the chip.  The prize-winning putters for the challenge putt on hole 7 were Rob Tryon, Mackie O'Neal, and Jim Baird.

The scores were incredibly close as six teams “tied” for second place with a score of 31.

Next Tuesday we plan to play scramble golf with each player able to toss one ball per round. Register to play starting at 8:15-8:30 a.m. and play will begin at approximately 9:00 a.m.  Golfers cannot register later than when teams are being made at approximately 8:45. Call 469-0691 if you are coming by 9:00 but may be late to register. Fee to play is $10, green fees must be paid also if you are not a member of the La Junta Golf Club.

Note:  There was an Apex 56-degree wedge left by one of the senior players on hole #2.  If you found it, could you please take it to the clubhouse and the golfer who lost it will pick it up.  Thank you.