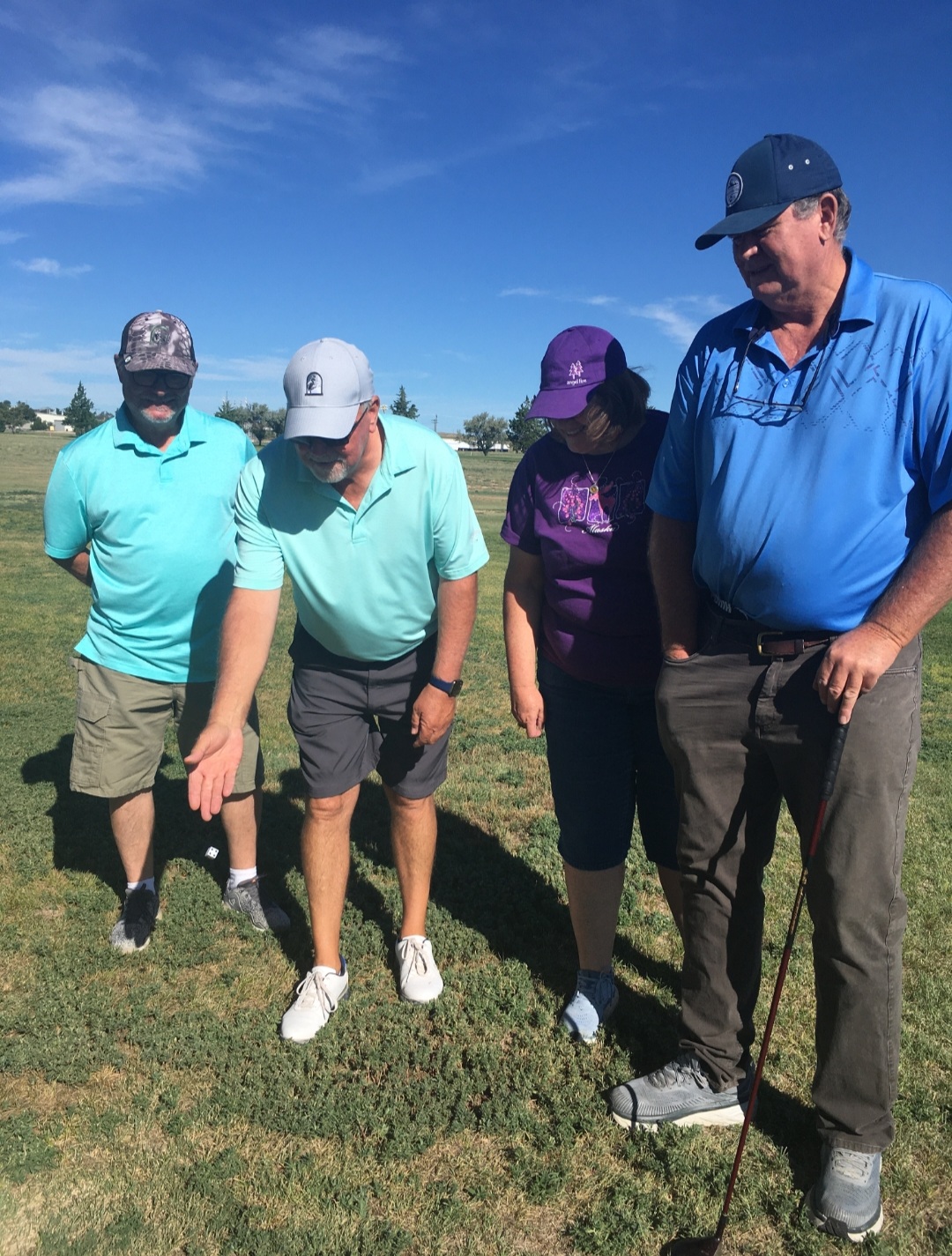 The La Junta Senior Golf League met on Tuesday, August 2.  There were forty-two participants.  We welcomed new players Tom Rains, Alex Prosky, and Karen Johnson.  We played the dice game, a scramble format that included a roll of the dice to determine where everyone would tee off.  Floyd Jackson made the challenge putt on hole #8; no one made the challenge chip out of the sand bunker on hole #5.

Next week, August 9, we will play a regular scramble format.  Register starting at 8:15-8:30a.m. and play will begin at approximately 9:00a.m.  Golfers cannot register later than when teams are being made at approximately 8:45a.m. Call 469-0691 if you are coming by 9:00a.m., but may be late to register. Fee to play is $10, green fees must be paid also if you are not a member of the La Junta Golf Club.