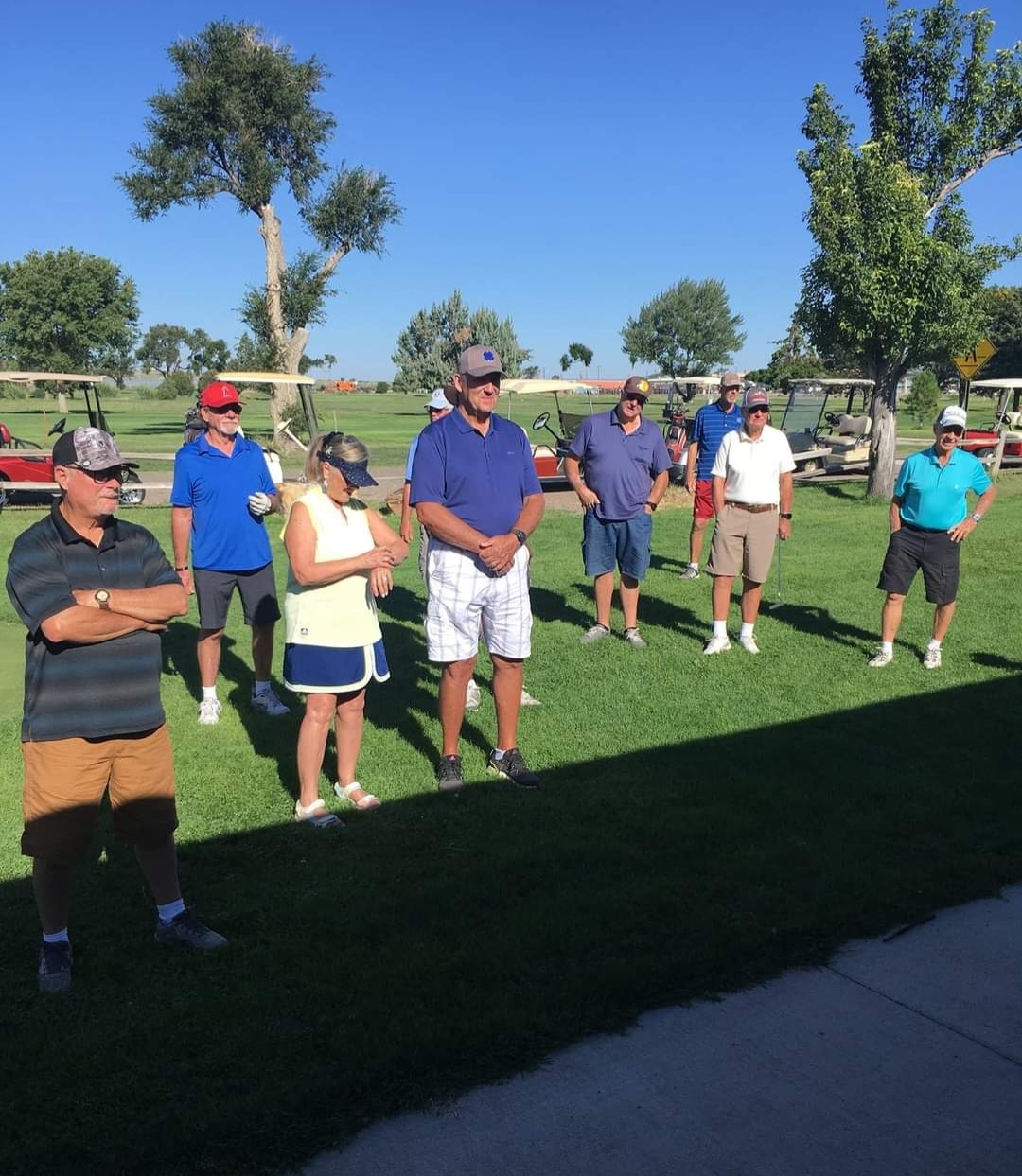 The La Junta Senior Golf League met on August 30 with 40 players (eight teams of five players).  We played a scramble format for the nine holes, however, each player moved up to a closer tee box for three holes.  We also a challenge chip on hole #7, and a challenge putt on hole #4.  While no one made the challenge chip, sinking the challenge putt were Pat Finkner, Keith Waggoner, Alex Prosky, Cathy Bollacker, Mike Bauserman, Mary Lou Day, Larry Herrera, Rob Tryon, Janet Crockett, Rod Soden, and Stan Lindsay.

A reminder was made for the 2023 season.  Presently, the age limit for players is age 50 and above; in 2023 the age limit will be age 55 and above. Those players already playing in the league aged 50-55 will be grandfathered into the league and able to play in 2023.  Therefore, if any player age 50-55 starts during the next few weeks this season, they too will be grandfathered in.