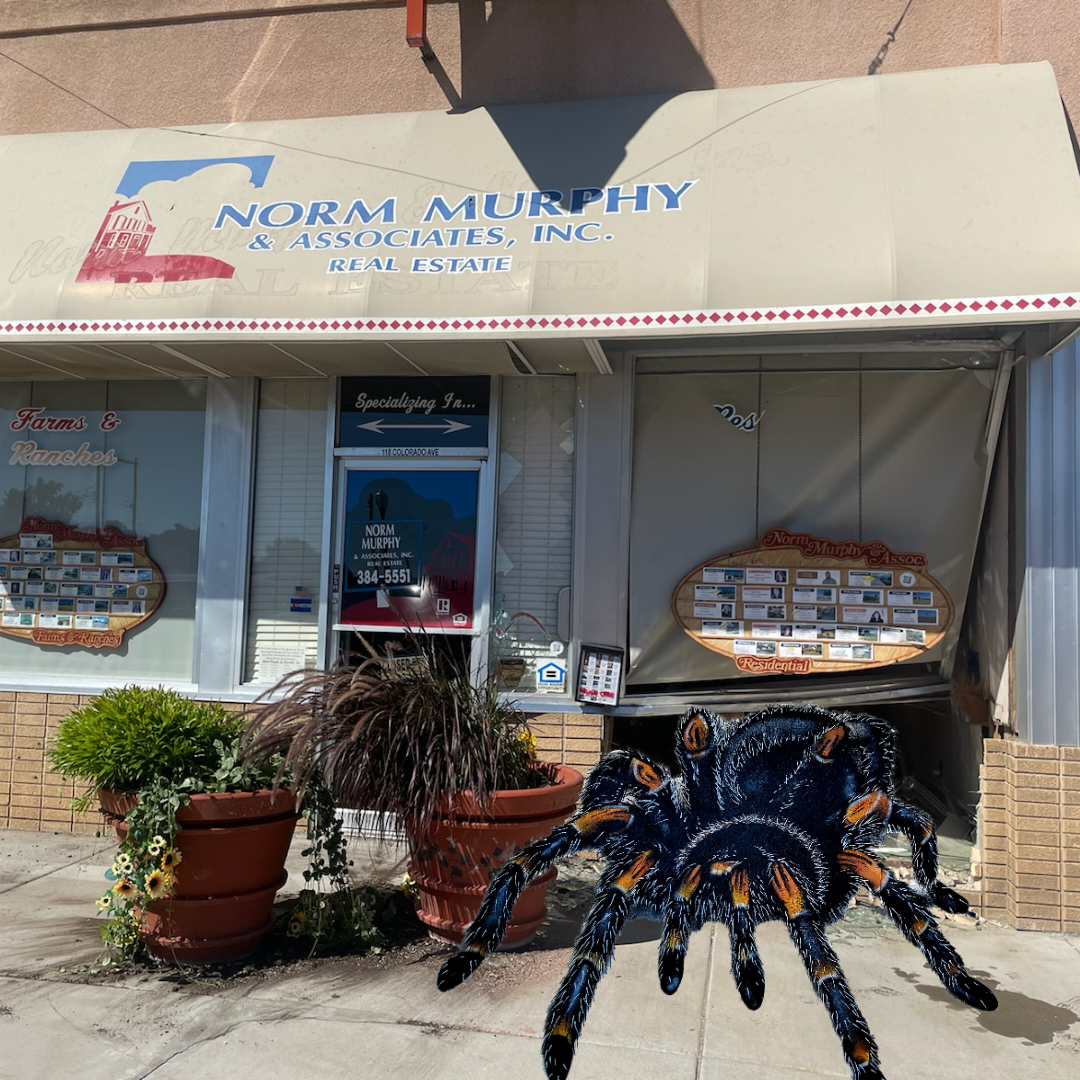 Description: This creative use of photo editing software creates an imaginary scene of a tarantula bursting through the wall at Norm Murphy Realestate in downtown La Junta.

...Or Vehicle VS Building VS Art Installation

La Junta, Colorado - Local artists Zeke and Stacey Ayala were busy using art to cover a large hole in the wall at Norm Murphy Realestate in La Junta on Friday. This art serves several purposes, first it eliminates a plywood eyesore, and it promotes two events coming to La Junta in October.

The A.R.T. Project will be held Oct 1st and 2nd with La Junta's first Tarantula Fest on Oct 7th and 8th.

The damage to the Norm Murphy Realestate Building was caused Sunday at 9:57am when a vehicle struck the building, according to the La Junta Police.

While backing out of a parking space on Colorado Ave. the driver of a silver passenger vehicle stopped to avoid a collision with a passing truck. According to the LJPD incident report, the driver put the vehicle in drive to pull back into the parking space and unintentionally hit the gas pedal instead of the brake pedal, which caused the vehicle to jump the curb striking two flower pots and then colliding with the building. 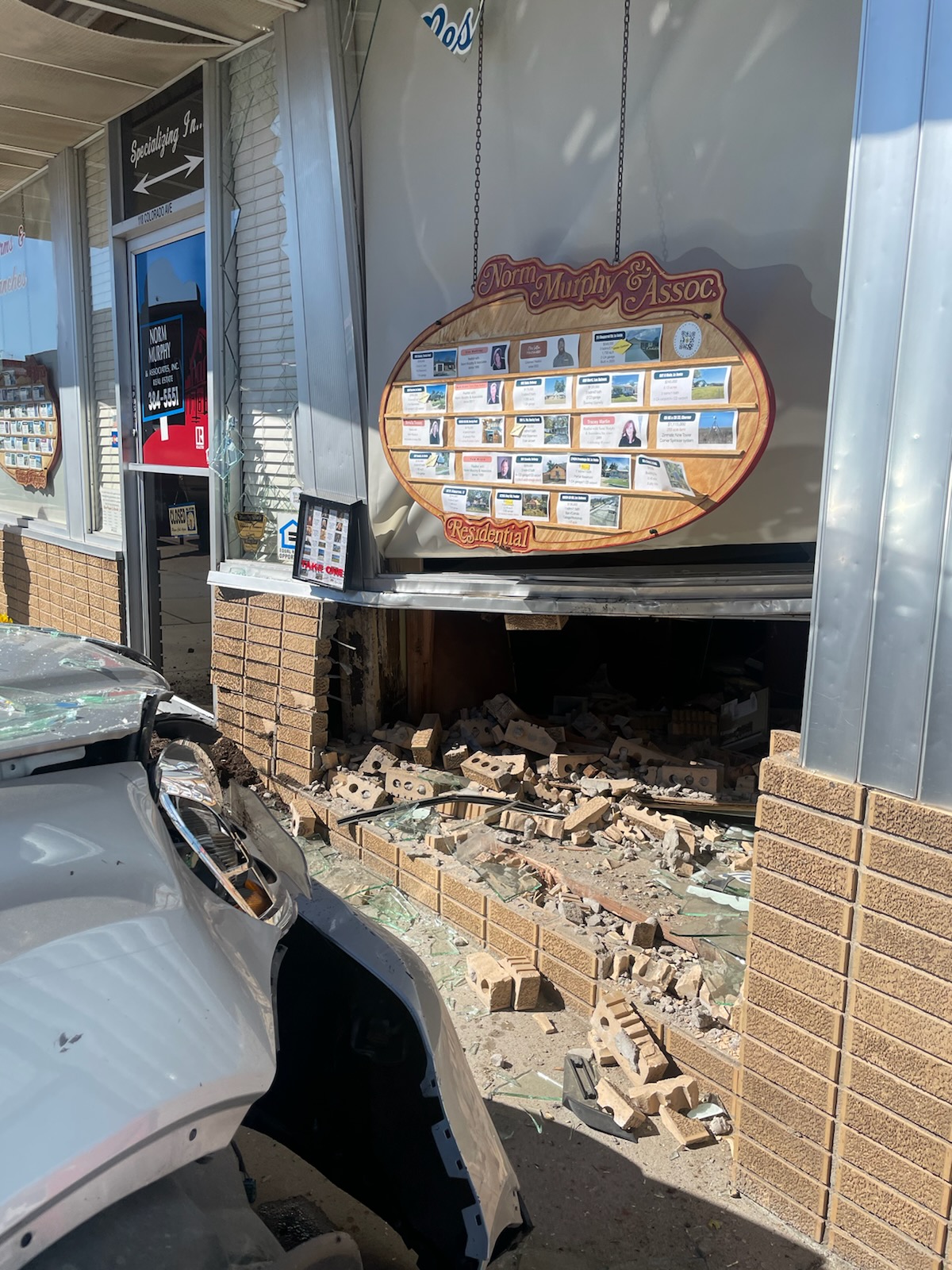 Both the vehicle and the building sustained damage, but there were no injuries and Norm Murphy continues to do business as usual.

Several days after the accident, the Friday prior to Early Settler's Day, the Ayala's painted a temporary tarantula mural to cover the hole in the wall and promote the two inaugural events. Join the People of Southeast Colorado for The A.R.T. Project October 1st and 2nd and the La Junta Tarantula Fest on October 7th and 8th in Downtown La Junta. 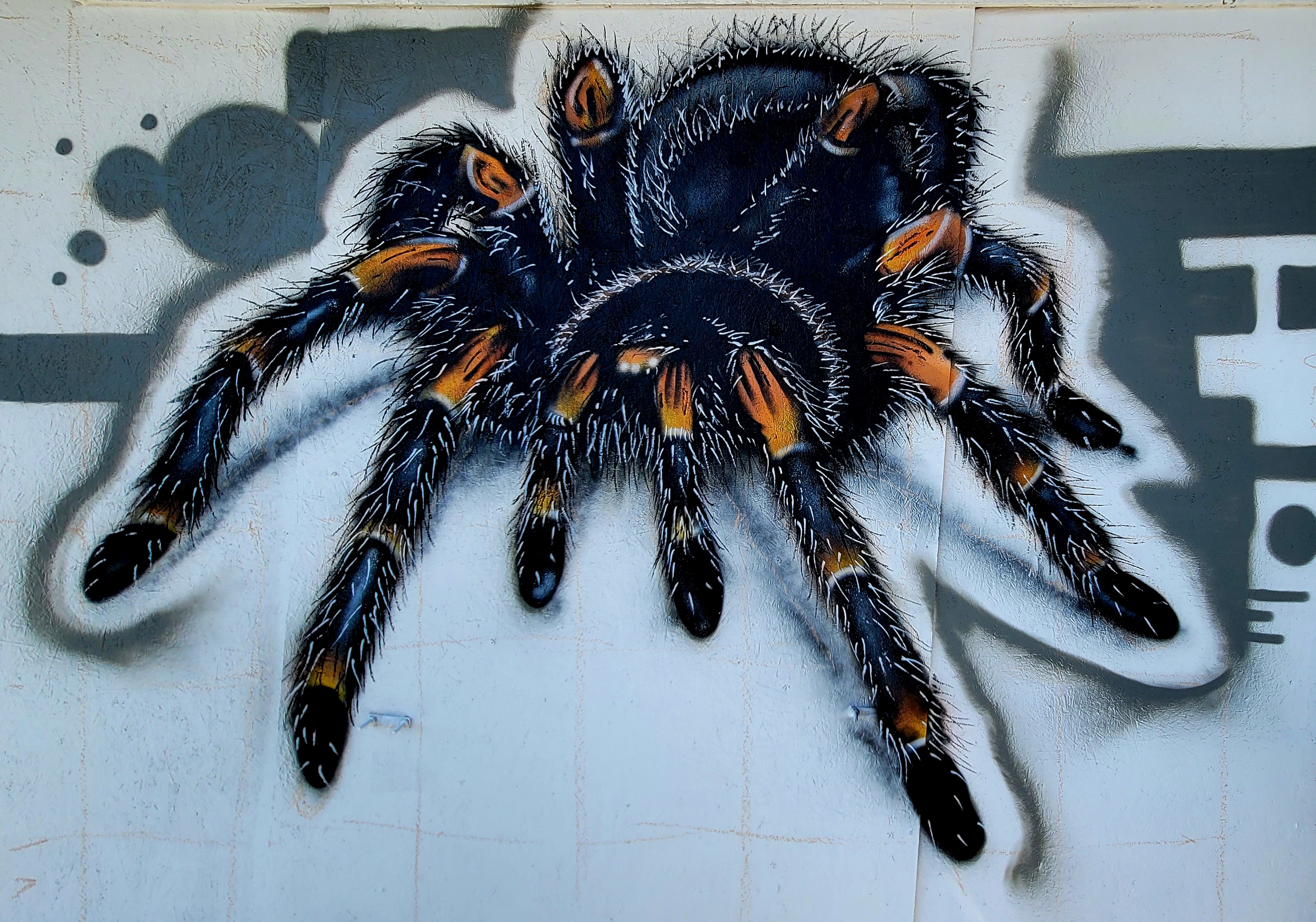 This (incomplete) Tarantula Mural by Zeke Ayala is on a temporary background and will be up for a limited time, see the final piece in person on Colorado Ave. in La Junta before it crawls away.