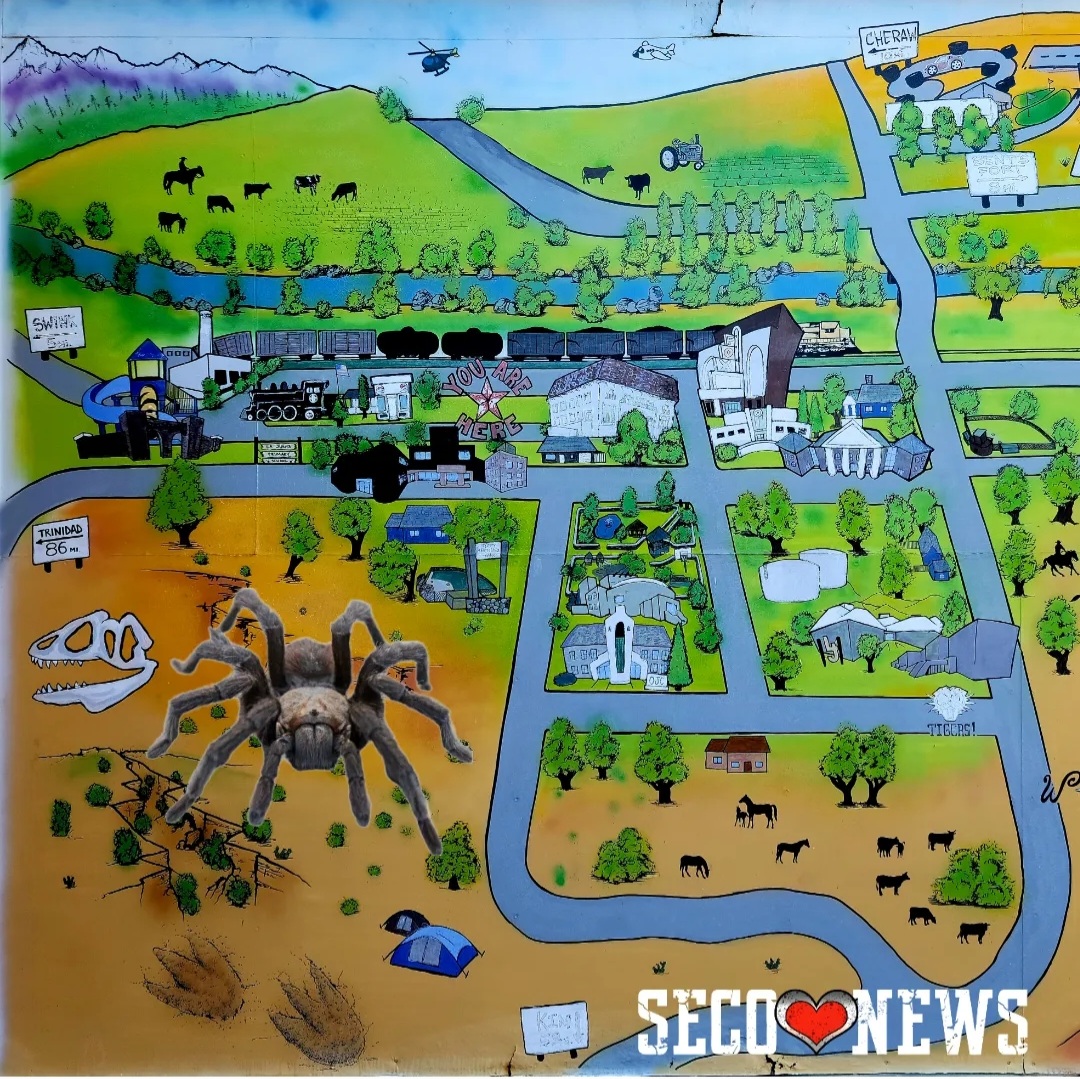 Description: A Tarantula has emerged on this mural of La Junta. It can be seen at the La Junta Chamber of Commerce. Painted by Zeke Ayala.

As the inaugural event approaches, The La Junta Tourism Board mentioned the various events and activities planned at their most recent meeting on Tuesday. Coleen Oquist reported, "As far as the Tarantula Fest, I think things are moving right along."

Oquist said that she left a message with Taylor at the Sign Shop regarding the banners for the event and she is hopeful that they will be done soon. Once complete the banners will be hung on the East end and West ends of town near the La Junta signs.

Oquist said that the La Junta Chamber of Commerce has agreed to manage the parade. She also said that a band has been booked to perform in the evening and there will be a beer garden. Other activities, according to Oquist include a cornhole tournament, a bike ride, an eight-legged race, and disc golf on Friday.

She reported that the educational pavilion has eleven people pre-registered to attend so far, but the deadline hasn't passed yet, so she expects more to attend.

The Koshare Dancers will perform at 2 pm at the Koshare Indian Museum, Oquist said.

The Fox Theater will be showing the movie "Tarantula" from the 1950's.

When asked about website promotions, Tourism Director Pam Denahy said, "and we did add a little block to the Tarantula Trek page for that, so that the Tarantula Fest is highlighted there with a video and we are posting most everything on the Facebook Page."

Oquist said that there are forms available for those who want to be vendors at the event with a reasonable $20 fee for the 10-foot space.

According to Oquist, the car show will be on the northside of the Courthouse.

Regarding the Tarantula Tours, we're going to take the city buses out at 4:30 pm, Oquist said. Their are four busses and the tours last an hour and a half.

Denahy reported that 65 people have signed up for the tours and that they will be closing registration soon, as there are only 74 total spaces available.

Tourism board member Tracey Salzbrenner said, "You want to see the collaboration, so La Junta Trading and Klein's Makerspace are going to team up and do something and the Picketwire is going to do face painting."

"Allowing the whole community to come together is really cool," Salzbrenner said.

La Junta City Manager Rick Klein said, "And here it is (scheduled) a week after The A.R.T. Project and we're going to have all this new stuff up that people are going to be able to look at."

Prior to the festival downtown businesses can compete in a window decorating contest.

Board member Rick Ward asked, "At what point is there going to be a schedule ready to go out to the media? Because my PR person that I've been talking to keeps bugging me."

Denahy said, "I'll be honest, it's a capacity issue for me, I will say that this has required more time than I thought it would given what I'm also doing for the media interviews, so I'm trying to make that a priority, but when the media calls me I drop everything and have those interviews. So, from a capacity standpoint it's been a little challenging... With that said, we're working on it."

"I've been trying to balance that message to help with capacity too, so that people aren't all here at one time every weekend and we can encourage people to come on a Tuesday night."

*The La Junta Tarantula Fest Schedule of Events so far...

*The Tarantula Fest Committee is still finalizing plans this schedule is not official and is subject to change.

The Next La Junta Tourism Board Meeting is scheduled for October 18, 2022. 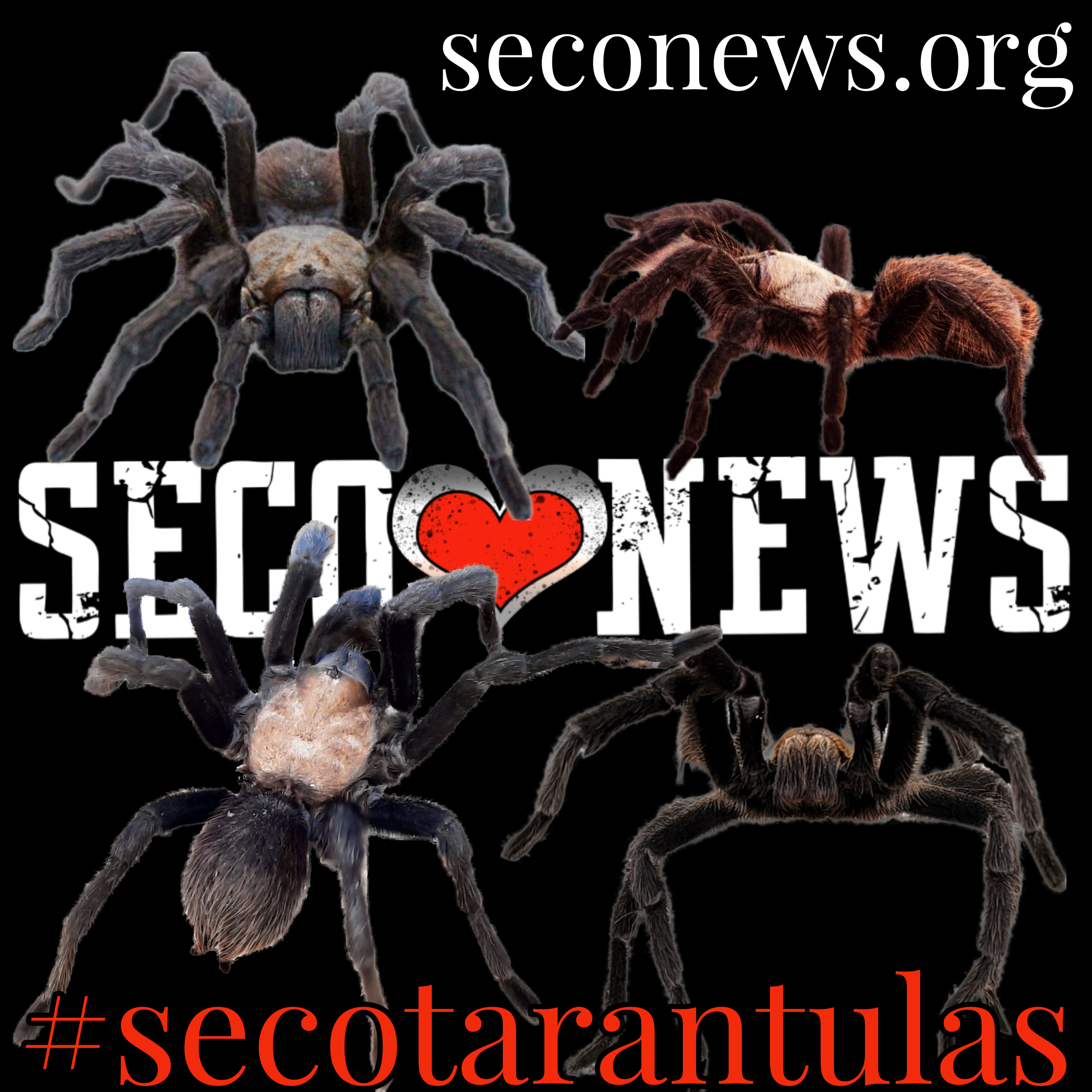