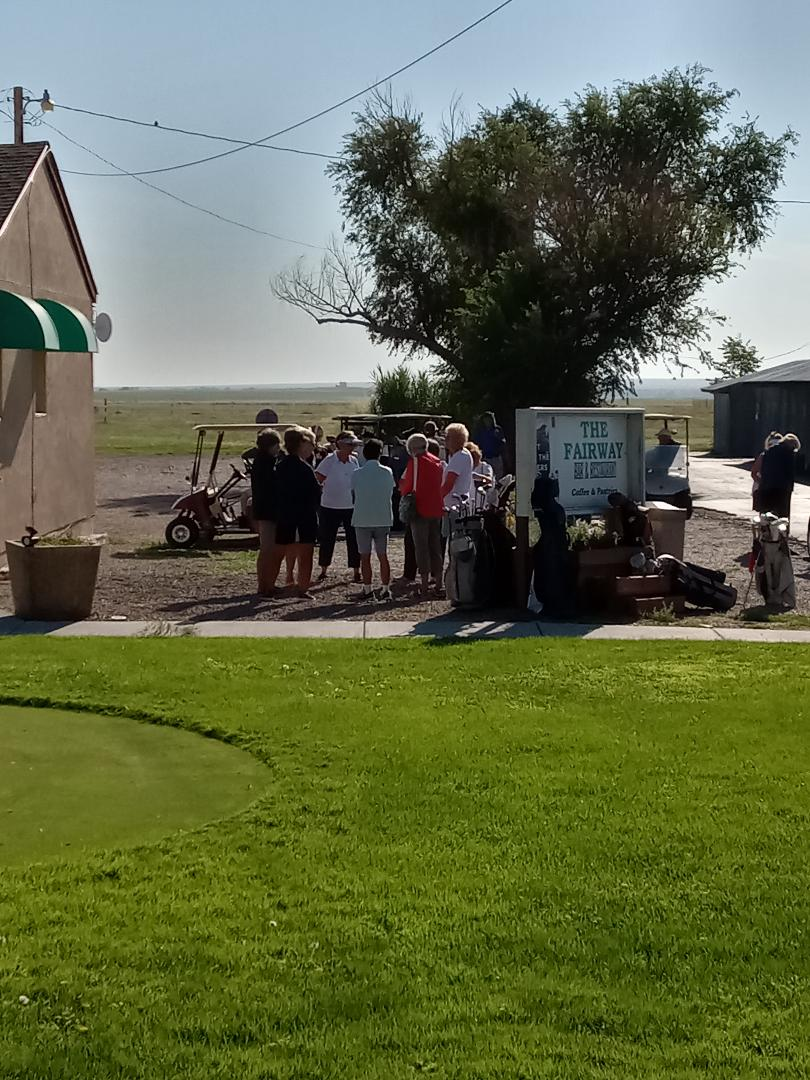 Forty members of the La Junta Senior Golf League met on Tuesday for nine holes of golf.  New players from Pueblo were Steve Cruz and Doug Shofner.  We had eight teams with five players.  The course was set up as a par three course, each tee box was less than 120 yards.  Each hole also had a bonus putt or chip.  In all, 29 putts and chips were made.  The weekly challenge chip was on hole #3, but no one made that chip.