Masters of Ceremony George Larsen and Natalie Summers returned to the Picketwire stage to serve a second helping of laughter. 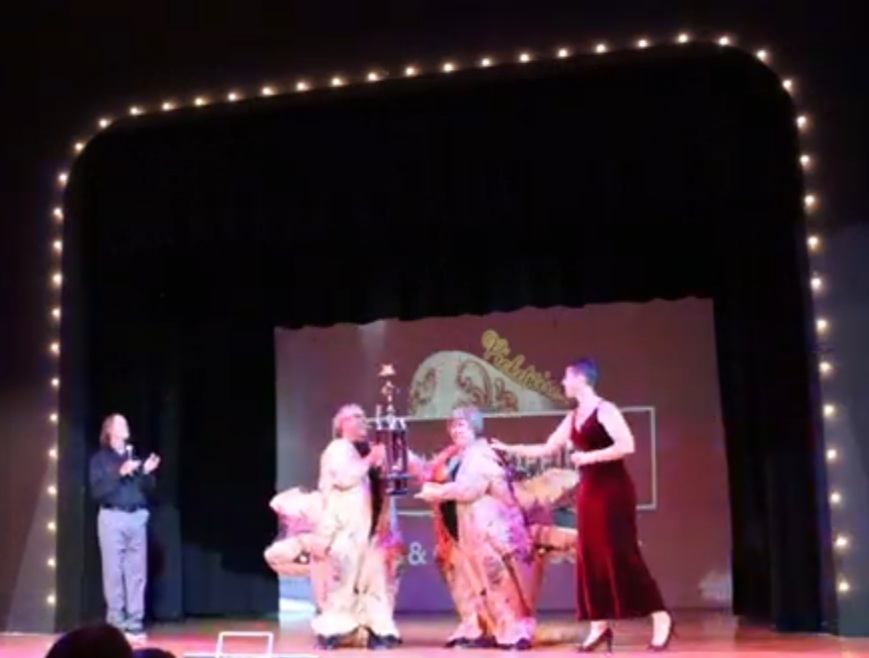 Picked their characters because they are dinosaurs.

A fact that would surprise people

Used to sign autographs every once in a while.

They have been in many Picketwire Players productions and wanted to do this because it sounded like so much fun.

Kept her identity secret by lying to everyone

Picked the song because its Her power anthem

She would absolutely do it again.

Sang: Fly Me To The Moon by Frank Sinatra

I am an introvert.

Really loves La Junta because its small enough that his kids can ride their bikes without having to watch them, but big enough to fill this theater.

He would tell his friends from college that he's still got it.

Got lots of talents like making people Hoppy, and lifting heavy things.