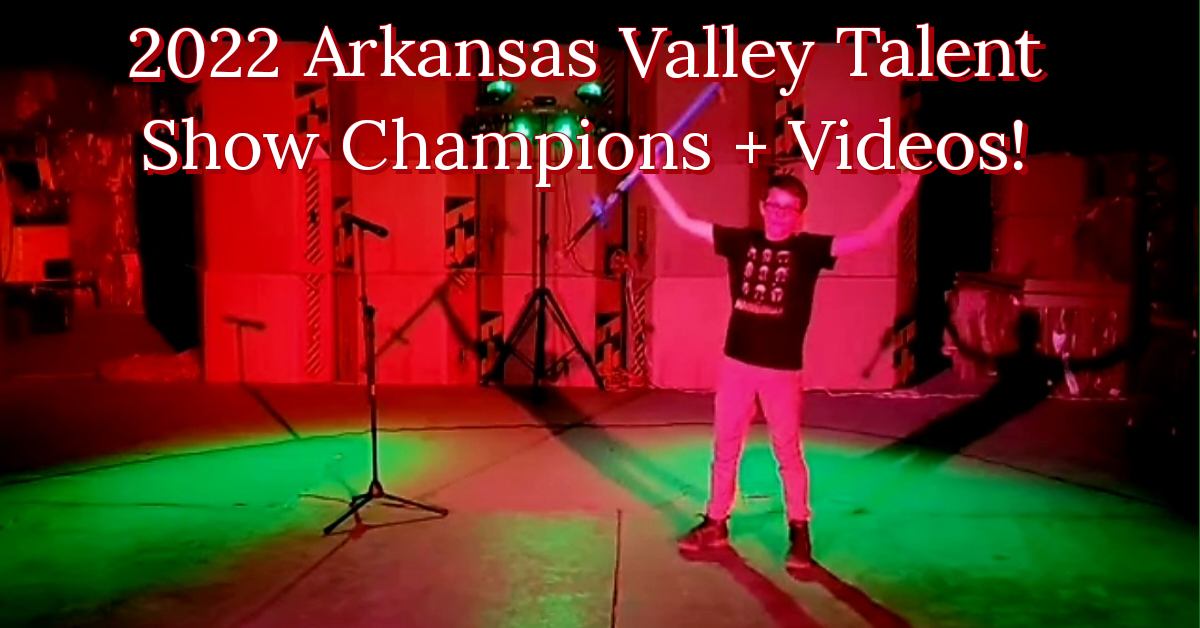 Description: (Press Play to Watch the Awards) Russell Ballantyne celebrates his succes at solving a Rubik's Cube while jumping on a pogostick during the Arkansas Valley Talent Show.

and the winners are...

With over 200 people in attendance, Clean Valley Recycling successfully hosted their first Arkansas Valley Talent Show on June 16, 2022 at the recycling center in Swink, Colorado.

For a bargain price the audience enjoyed nearly three hours of entertainment derived from the talents of the people of Southeast Colorado.

Clean Valley Recycling Board Member Stuart West excelled at his Emcee duties and even performed several of his magic routines while the judges tabulated the scores. 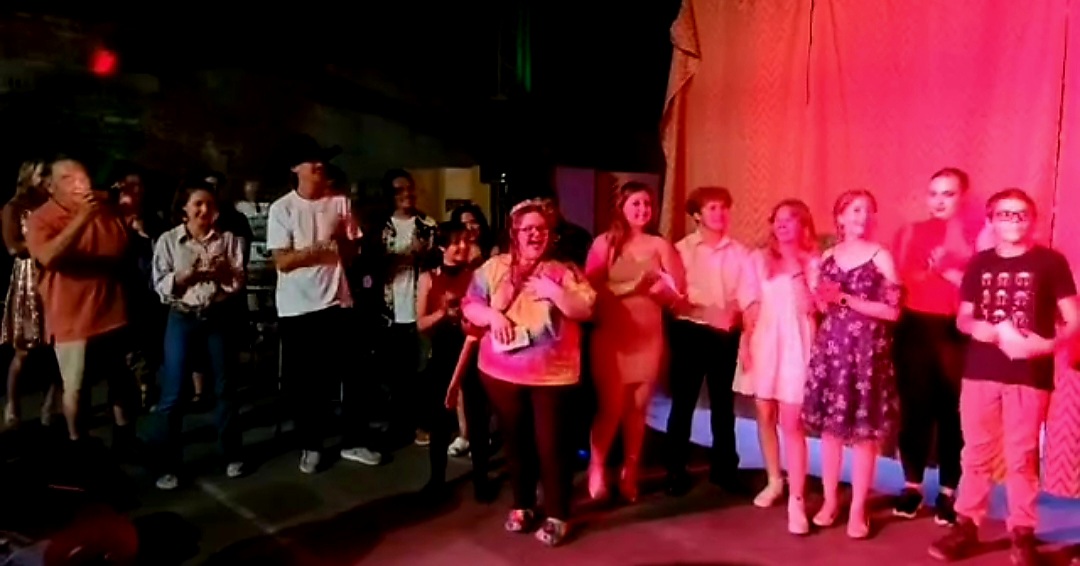 "Caitlyn Tibbles is a 16-year old singer and song writer who plays more instruments than she can count."

Listen to her winning original song, Worse than Worthless on her Spotify Chanel Here: 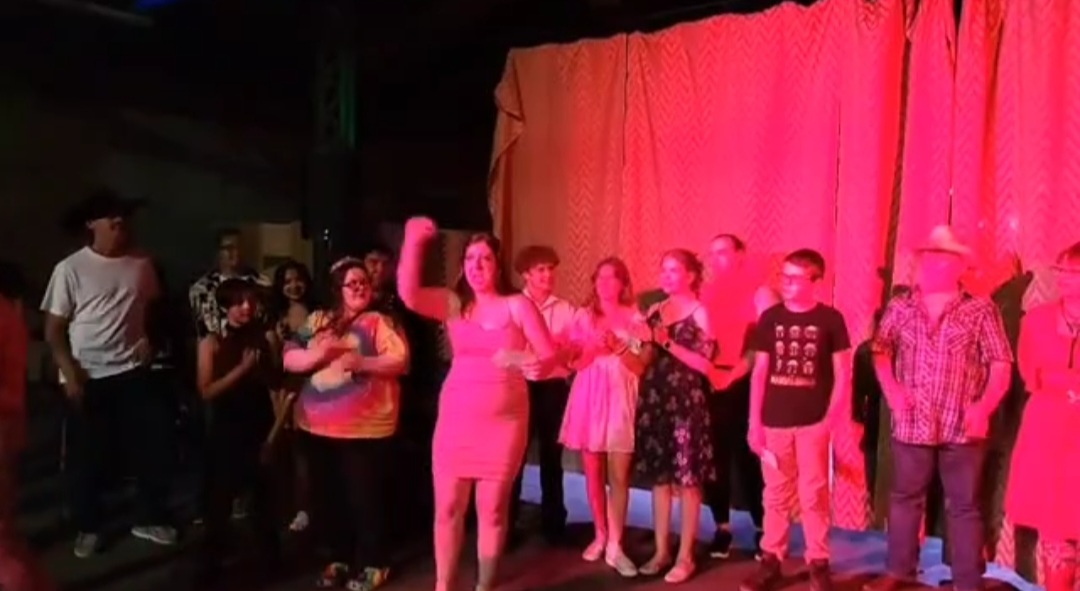 Bridget Briscoe placed second with her thrilling rendition of Queen's Sombody to Love earning her a $100 cash prize. 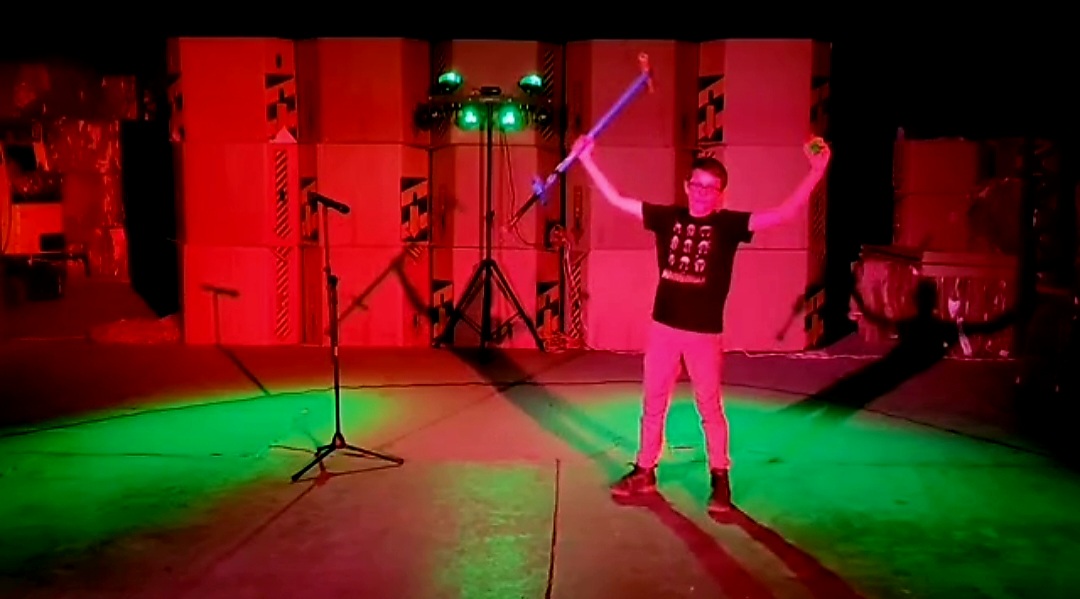 The 3rd place winner, Russell Ballantyne, received a $50 prize for his performance, which was solving a Rubix Cube while jumping on a pogostick to the beat of Danger Zone.

Oli-o Picatunee the Unusual brought his accordion with him from Cheraw, Colorado to compete for the grand prize and support Clean Valley Recycling. He played his instrument of choice wearing gloves and a blindfold.

Dusty Roads relocated to Otero County, and brought his country western style with him. He shared it on stage with his original song Do-Da.

Douglas Golding performed his original song, Frost on The Pumpkin, which tells the story of a young couple facing struggles through the challenges of life whose relationship grew cold through the hardships they faced.