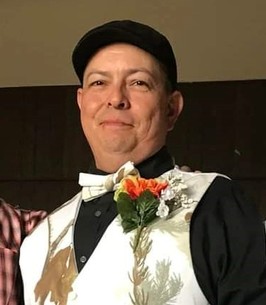 Description: Christopher Montoya Obituary... Our Heartfelt Condolences To His Loved Ones...

Christopher J Montoya was born February 9, 1972 in Rocky Ford to Virginia and Fernando Montoya. At that point he had two older brothers and two older sisters which would be followed by two more younger sisters. Chris was raised in Fowler where he went to school and then raised his family there. He loved the outdoors, golfing, camping, hunting, fishing and playing baseball. Chris was proud of his teammates and to be the starting 2nd basemen on the 1990 Fowler Baseball Championship team which earned him an All-Star player award.

Chris became a father in 2006 and it changed his way of thinking, at that point he became an avid mentor and coach, playing baseball with his son all the way from Little League through high school. While doing so he added to his impressive "rolled" bat collection. Chris often impressed many of us with his ability to pick up high level skills quickly like throwing darts, golfing and playing pool. Not to mention his drawing and beautiful penmanship. Chris loved his people, friends, family and his Oakland Raiders. Showing his love by watching westerns with his mom, showing up when anyone was at the rifle range and road trips to state football or baseball championship games. He loved to cook and barbecue, making country style ribs with a roasted jalapeno and the best barbecue chicken. At home it was Chris’s kitchen and Misty was relegated to sous chef. Chris was never short on razzing people in fun, especially his wife Misty.

He worked for 15 years at Evraz as a weld technician. He liked classic rock from the 60’s and early 70’s and enjoyed reading westerns, mountain men stories, and books based on true stories.

He is preceded in death by his father Fernando Montoya and nephew Robert Sandoval.

Everything that Chris was and did at the top of that list was being a loving family man.

Leaving behind his loved wife and son Misty and Isaiah.
2 stepchildren: Alyssa Quintana and Dominic Quintana both of Pueblo, his mother Virginia Montoya of Fowler, In-laws Geoff and Shelley Vigil of Pueblo, 6 siblings: Sandra Gretillat(Larry) of Fowler, Margaret Sandoval (Dennie) of Pueblo, David Trujillo (Nadine) of Fowler, Steve Trujillo (Aurora) of Pueblo, Merlinda Smith (Kevan) of Pueblo West, Patricia Montoya (Adam) of Fowler. So many other family members and friends will miss him. Chris loved his wife Misty, his mother, his siblings, nieces, nephews and his greatest love was his son Isaiah.

Chris lived his life to the fullest and will be dearly missed.