Description: Sunday and Monday night multiple downtown La Junta businesses were tagged with graffiti. The LJPD is seeking info from the community. (Press Play to Watch the Security Footage from the First Incident)

Multiple La Junta businesses were defaced with graffiti by several individuals in three incidents. The La Junta police are asking the community to help identify them.

Over the course of two days the alleyway between Colorado Ave. and Raton Ave. from 2nd St. to 3rd St. has been vandalized with graffiti three times. Businesses tagged include The historic Fox Theater, the Tim Trujillo Insurance Agency, Total Health with Sheri, Moving Forward Counseling Services, and SECO News.

On 9/18/22 at approximately 0148 hours, the La Junta Police responded to 11 E 3rd St. (Fox Theater), in the City of La Junta, County of Otero, and the State of Colorado for the report of 3 male suspects that had spray painted graffiti on the side of the building.

When LJPD arrived on scene they spoke with the owner of the Fox Theater who stated there were three male suspects who came from 2nd street walking south through the alleyway between Colorado Ave. and Raton Ave. The three males had spray painted "SDE" and "Look 22" on multiple businesses in the area.

They were captured on cameras located on multiple businesses in the area. The La Junta Police are asking the community to check their cameras if they've got graffiti please submit footage to LJPD to help them stop the vandalization of our community and businesses.

Also, you are encouraged to report graffiti on your property so guilty parties are held responsible for each tag.

If you have information on any of the downtown graffiti incidents please contact the La Junta Police Department at (719) 384-2525.

SECO News will release more Video and Information from the second and third incidents as soon as it's available. 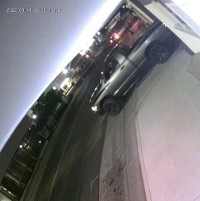 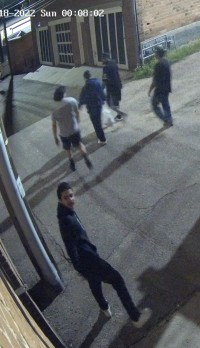 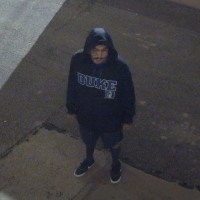 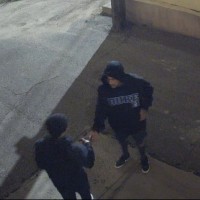