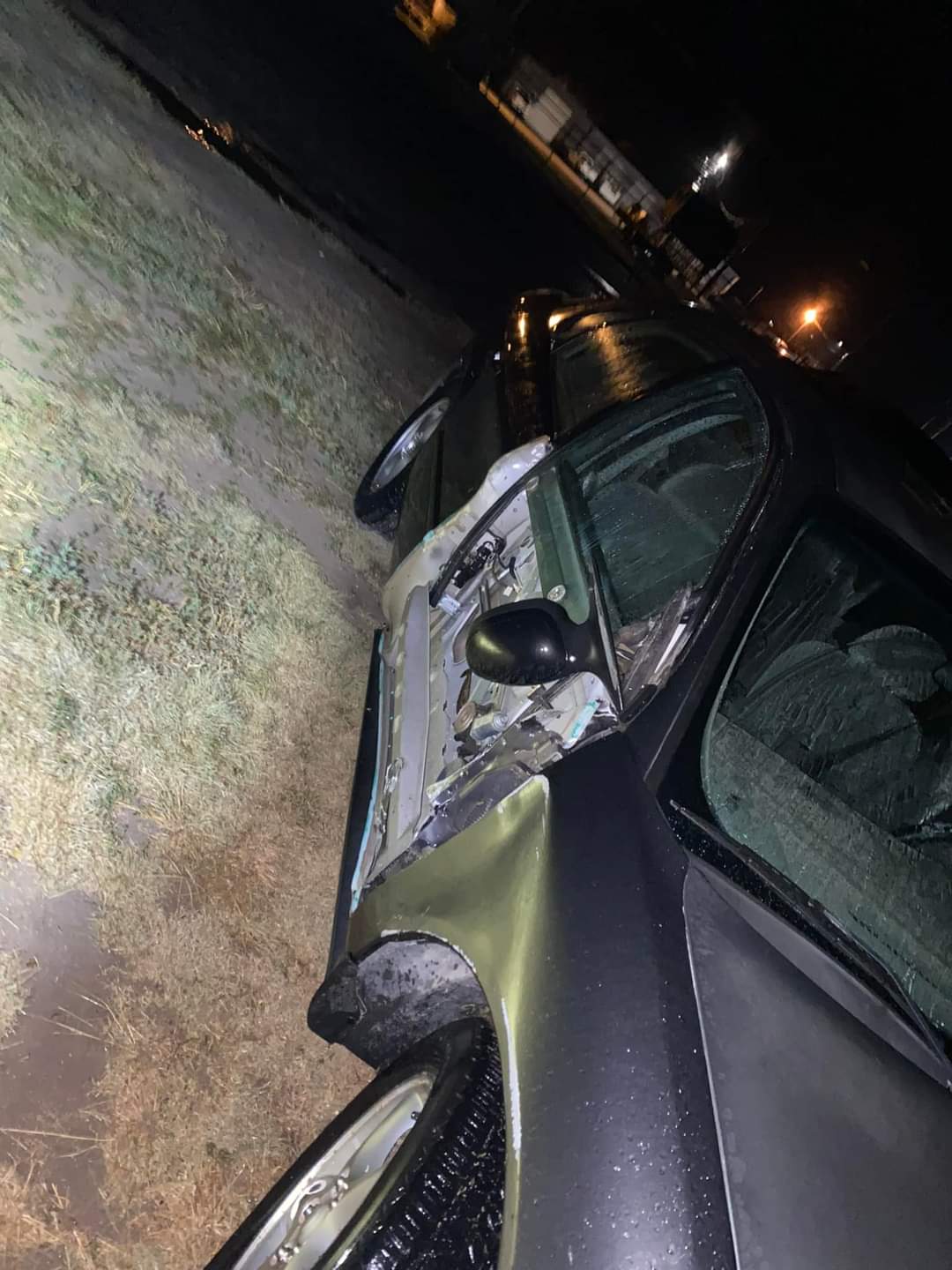 The Springfield PD released the following on their social media...

Suspect identified and charged in connection with this incident.

Springfield Police Department in conjunction with the Baca County Sheriff’s Office, was able to locate the scene of the hit and run and through a thorough investigation was able to develop probable cause for the male party involved. The male party was charged for his involvement in the case and the second victim of the stolen vehicle respectfully chose to not pursue charges.

On 09/22 just before midnight Springfield Police Department received a call for service for a vehicle theft. Two separate vehicles from the 1200 Block of Tipton were stolen, one used in a possible hit and run, and returned to their respective owners. Both vehicles were recovered near the residences they were taken from.

If anyone observed this silver sedan driving around late last night, either before the door was missing or after, and/or saw the person driving this vehicle, please contact the Springfield Police Department.

Also if you observe damage to your vehicle or property that was not there yesterday that could have been caused by this vehicle please call the Springfield Police Department.

Thank you for your assistance!

This is an ongoing investigation, to protect the victims identities no further details will be released at this time. 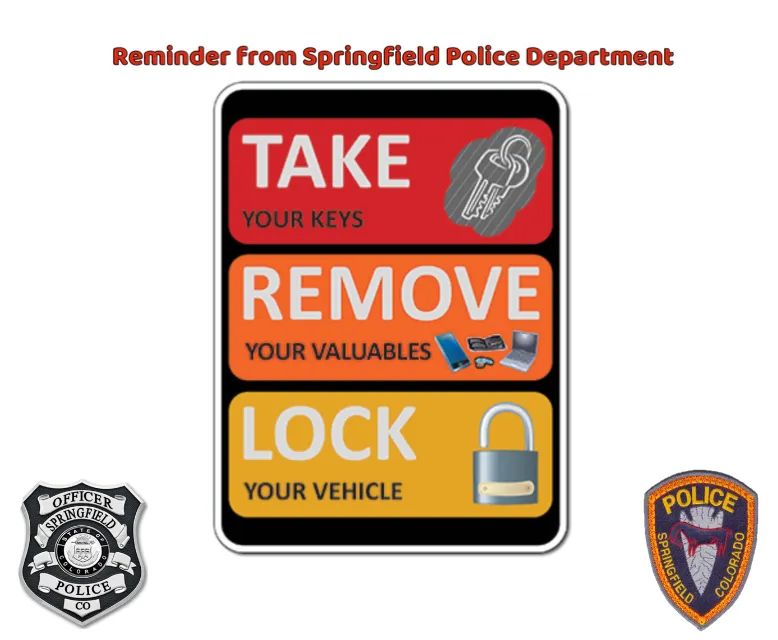 The Springfield Police Department has received two (updated: 4)  theft from auto reports this week. We want to remind you that a majority of theft from vehicles are crimes of opportunity; for example, valuable items in plain view, vehicles unlocked, and open pickup beds.

While it is the Police Department's Responsibility to protect the citizens of Springfield, we do ask that you help us out as much as you can and not make yourself an easy target!

Remove valuables from your vehicle.

Take your keys with you.

The Springfield Police Department will work tirelessly to stop the continued thefts and remain vigilant of thefts from vehicles!

If you see anything suspicious or have any information on recent vehicle thefts please reach out to the Springfield Police Department!