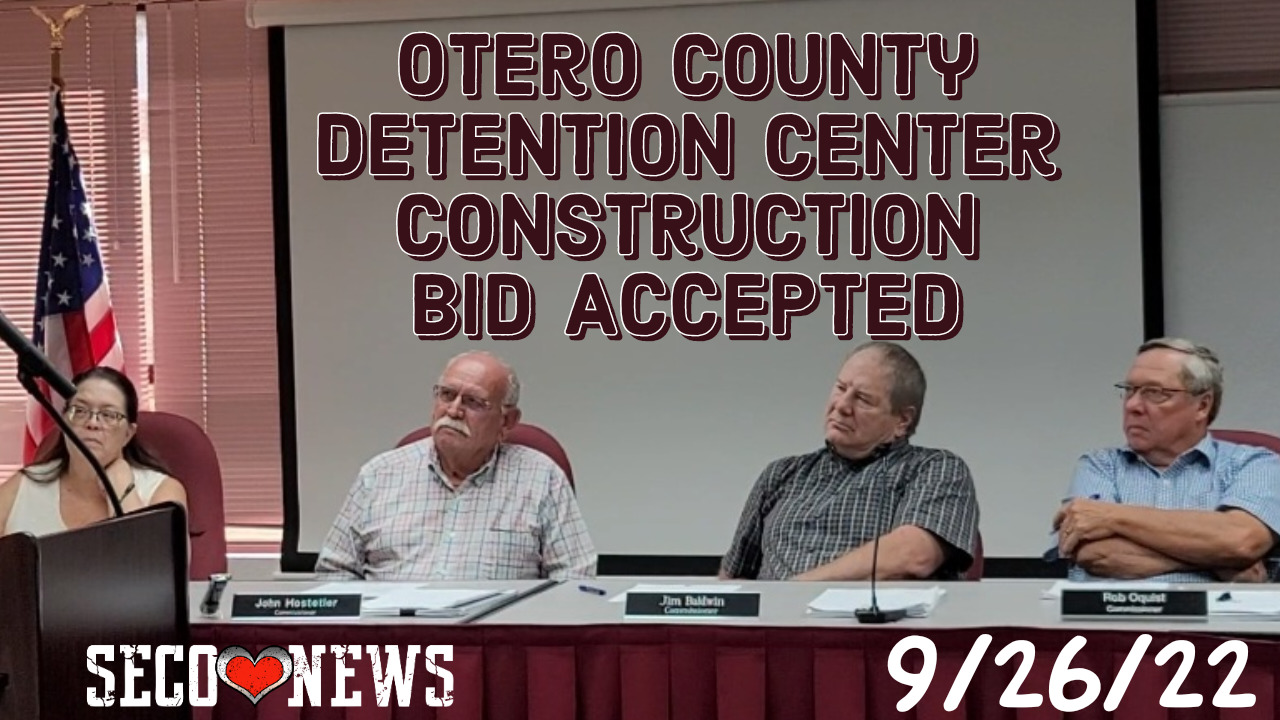 In their regular public meeting on September 26, 2022, the Otero County Commissioners announced the acceptance of a construction contract for the Otero County Detention Center and Sheriff's Station.

"Otero County Administrator Amy White-Tanabe said, "as many of you know, we've been working with the different contractors. We had five of them bid on the design of the detention center and Otero County Sheriff's Office."

"Last week the interviews were held, by a panel of six votes, we then took the interview scores, and the interview was worth 70% of their score, we also received cost proposals for the design side of both buildings alone and that was 30% of their total score."

"After interviews and collecting all the information it was a very tight race, but it wasn't a race, but the scores were very close to each other. The winning bidder is Nunn Construction from Pueblo, Colorado and they have teamed up with RJA architects from the Denver area."

"We'll start hot and heavy on contractual work with them, with the plan of starting design immediately. Both projects we hope to be done in 2024. So, get ready, we'll have the ground breaking soon, it can't happen fast enough is my thought."

Commissioner Rob Oquist said, "They've done a lot of work over the years in the valley. They did all of the remodel of the middle school here in La Junta, they did the Manzanola School, they're doing the Fowler School, so they've been around the area for quite a while."

Commissioner James Baldwin said, "Very good. Very good, and I too am ready to get this on the move."

Dee Hostetler asked, "Where is the facility going to be?"

White-Tanabe said, "At this point it's planned to be exactly where it's at now. There is a lot adjacent that the county also owns. What is kinda cool is that they all presented with it there and gave a plan with it there, but if they come up with a better idea we are willing to listen, but right now that seems to be the best spot.