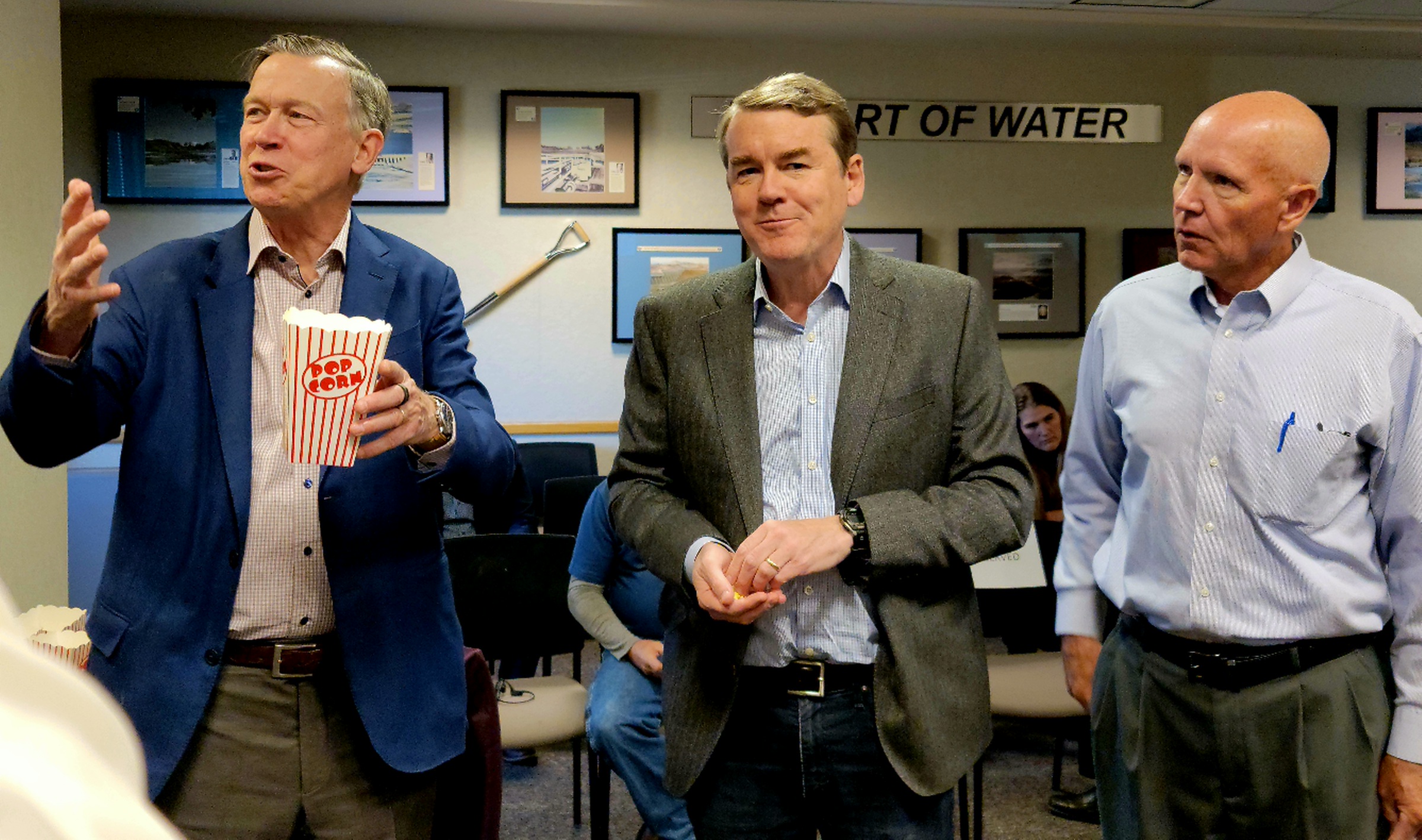 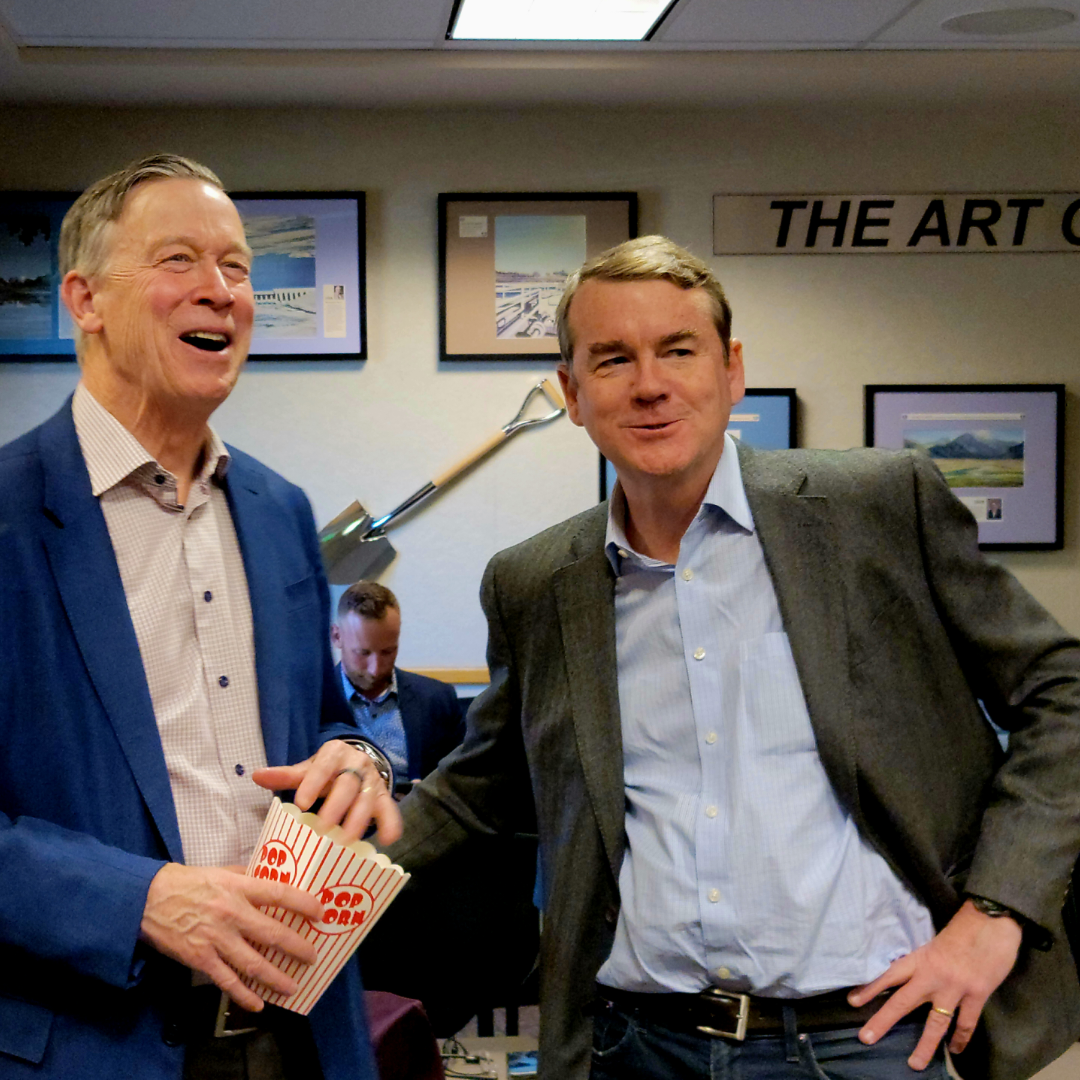 Members of the Southeastern Colorado Water Conservancy District hosted Senators Bennet and Hickenlooper for a press conference and announcements regarding the long-awaited Fry-Ark Water Pipeline.

The Conservancy District President, Bill Long, opened the celebration by showing gratitude to the many people who have worked on the project.

According to their plan, this $60 Million Shot in the arm will set the final stages of the project in motion with completion scheduled in only five years.

Congress set the Fryingpan-Arkansas Project in motion in 1962, it has made slow progress in its promise to deliver clean drinking water to Southeast Colorado.

Otero County Commissioner John Hostetler gave some of his history with the Fryingpan-Arkansas Project, "Before I ran for commissioner I was the president of South Swink Water Company... So I've been involved for quite a while. The best thing that happened was when we got through Pueblo, that was a big, big jump. Now it looks like we're moving forward at a faster pace than we ever have. I'm really happy, and I'm glad we're having a bipartisan support on this... That's why nothing gets done... playing politics instead of getting stuff done."

Hostetler said, "It's the whole side of the state here from Pueblo almost to the Kansas line and we need good drinking water around here or we won't have people."

Otero County Administrator Amy White-Tanabe said, "I think it's almost an attitude of celebration, I'm a fourth generation Arkansas Valley citizen and it's thrilling, it's exciting, it feels like it's a gift. I'm sure my grandparents talked about this and I have grandchildren that this will benefit as well, so thrilled, it's a big win."

Colorado U.S. Senators Michael Bennet and John Hickenlooper, Bill Long, and local leaders celebrate the announcement of $60 million in new funds from the Bipartisan Infrastructure Law to support the completion of the Arkansas Valley Conduit (AVC) to provide Coloradans with a secure and safe supply of water.

The AVC is a planned 130-mile water-delivery system from the Pueblo Dam to communities throughout the Arkansas River Valley in Southeast Colorado. This funding will expedite the construction timeline for the Conduit and allow for federal drinking water standards to be met more quickly by local water providers. The Conduit is the final phase of the Fryingpan-Arkansas Project, which Congress authorized in 1962.

SECO News (seconews.org) - Consulting With A Hart LLC does not endorse any political candidate or issue.