Description: Matt Smiley of Lake City poses for a photo with the new state record brook trout he caught Oct. 8. The fish lost some of its color after a long hike down from the mountain lake where it was caught. (Courtesy of Matt Smiley)

LAKE CITY, Colo. – As Colorado Parks and Wildlife celebrates its 125th anniversary in 2022, it may be long remembered as the year of the brook trout.

Only five months after CPW certified a new state record brook trout for the first time in 75 years, the record was again reestablished by Matt Smiley of Lake City. He caught an 8-pound, 9-ounce brook trout on Oct. 8 from Waterdog Lake, located on the east side of Lake City in Hinsdale County within the Uncompahgre National Forest.

The fish measured 26.25 inches in length and had a girth of 16 inches.

“The experience of this catch has been surreal, and it took a few days to soak in. It’s a really special fish,” Smiley said. “The toughest thing for me with this whole deal was deciding to keep the fish. I’ve released so many over the years, but it was one of those deals where I made a quick decision and wanted to give this fish the recognition it deserves.”

In May, Tim Daniel of Granby reeled in a 7.84-pound brook trout from Monarch Lake in Grand County. That fish, measured at 23.25 inches with a girth of 15.375 inches, broke the previous state record of 7.63 pounds from a brook trout caught in 1947 out of Upper Cataract Lake in Summit County. That had been the longest-standing fishing record in the state.

Since Daniel’s catch May 23, the record has actually been broken twice, with both caught at Waterdog Lake.

The weekend before Smiley’s triumph, Larry Vickers of Lake City had caught an 8.22-pound brook trout. While Vickers knew he had a record fish, he opted not to go through the certification process and decided to eat it to not let the meat go to waste. CPW aquatic biologist Dan Brauch was notified of the catch, and word spread across the region.


Smiley, who sells tackle for the company Favorite Fishing, has chased large brook trout in lakes across Colorado for a decade. He was eager to get in the high country for some fall fishing, and Vickers’ catch was stuck in his mind. So, he set up the Waterdog Lake trail with a 3.9-mile hike and 2,400 feet of elevation gain between him and the lake nestled in the timberline bowl beneath Mesa Seco at 11,130 feet.

After a day of catching smaller fish, Smiley was about ready to pack up and head home to watch college football. But 20 seconds after he had that thought, he felt the tug of a large fish on his Favorite Fishing Jackhammer rod and set the hook on his artificial lure.

“After fishing for a bit and only seeing smaller fish, I thought I wasn’t going to see any real good ones,” Smiley said. “But then the rod got heavy, I set my hook and could tell I had a really big fish."

“When it surfaced and I could see it, all I could think was, ‘Wow.’ I’ve caught big brookies in the past around the state, but when I saw this one, it was just different. It had way more length than any of the big ones before.”

Smiley battled the fish and waded into the water to try to get it in his net. He was able to net it, but with one forceful roll, the trout was free of the net and the fight resumed. It once again took his line out to the middle of the lake.

“I went into the, ‘I can’t lose this one’ mode,” Smiley said. “She pulled and rolled and was doing crazy things. My heart sank when she flopped right back out of the net, but she stayed hooked up and I brought her in a second time. It was a wild, crazy deal.”

Finally with the trout in his hands, Smiley had another 3.9-mile hike down the steep trail with the fish in his backpack.

He took it directly to the Lake City post office where it was weighed by Emily Dozier, who happily obliged Smiley’s request to have the fish weighed.

After further inspection from Brauch, the local CPW aquatic biologist, it was declared the new state record brook trout.

“Having sampled that water, I know the shoreline is loaded with scuds,” Brauch said. “So I am not too surprised this fish came from that lake, but it is a smaller body of water. It’s not a lake that handles a lot of use or fishing pressure and is difficult to access. Seeing two record fish in one week caught from there, it’s a cool story.”

Smiley thanked Brauch for meeting him over the weekend to inspect and certify the fish as well as his friends who helped get him in contact with CPW.

The brook trout, introduced to Colorado in 1872, is a member of the char genus of the trout and salmonid family. It is a beautifully colored fish with pink or red spots surrounded by blue halos along the sides and a distinctive marbled pattern over an olive-green back. Brook trout, which are native to Northeastern United States, often grow anywhere from 11 to 23 inches in length.

Smiley and a friend have enjoyed fishing for brook trout around the state together. Smiley said they have run into plenty of large fish over the years.

“We’ve been doing this for 10 years pretty hard across Colorado. We just love backcountry brook trout,” Smiley said. “There are several lakes with really good fish in them, and we’ve been close a few times. My friend got one five years ago that would’ve broken the record, and on the spot he released it. He had one earlier that day he lost that was even bigger. The way lakes cycle, a couple of years go by and there are no big brookies left in it as things change.”

Smiley said the decisions to keep the fish, certify it as a record brook trout and have it mounted were all difficult.

“I’ve let some really big ones go, and then you see them later and age has not been kind to them as they’ve regressed and gone the other way when they aren’t getting the nutrients they need to maintain that size,” he said. “This one, it was in peak condition, and I made the decision to give that fish the recognition it deserves. But it’s been the toughest thing for me with this whole deal. We learn none of them live forever, but it’s just a crazy deal when it all happens at once and you have to make that quick call.”

Now, the oldest fishing record in Colorado is for white bass, dating back to 1963. The oldest trout record in the state is for native cutthroat, dating back to 1964.
​​
Smiley now owns two state fishing records, with the other coming in Utah. In 2019, he claimed Utah's catch and release record lake trout from Flaming Gorge Reservoir for a fish that measured 48 inches.​

To see the full list of state record fish by weight in Colorado, go to: https://cpw.state.co.us/learn/Pages/RecordsbyWeight.aspx. 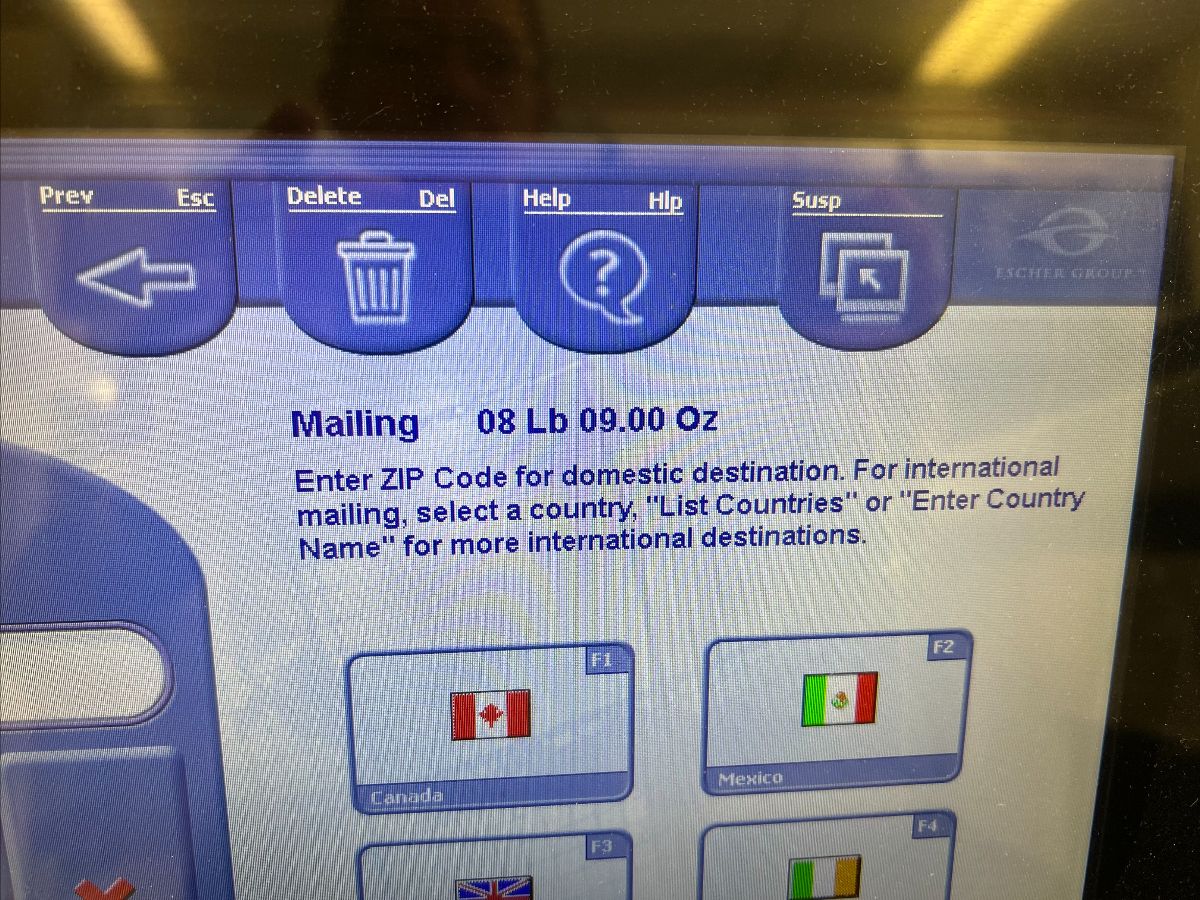 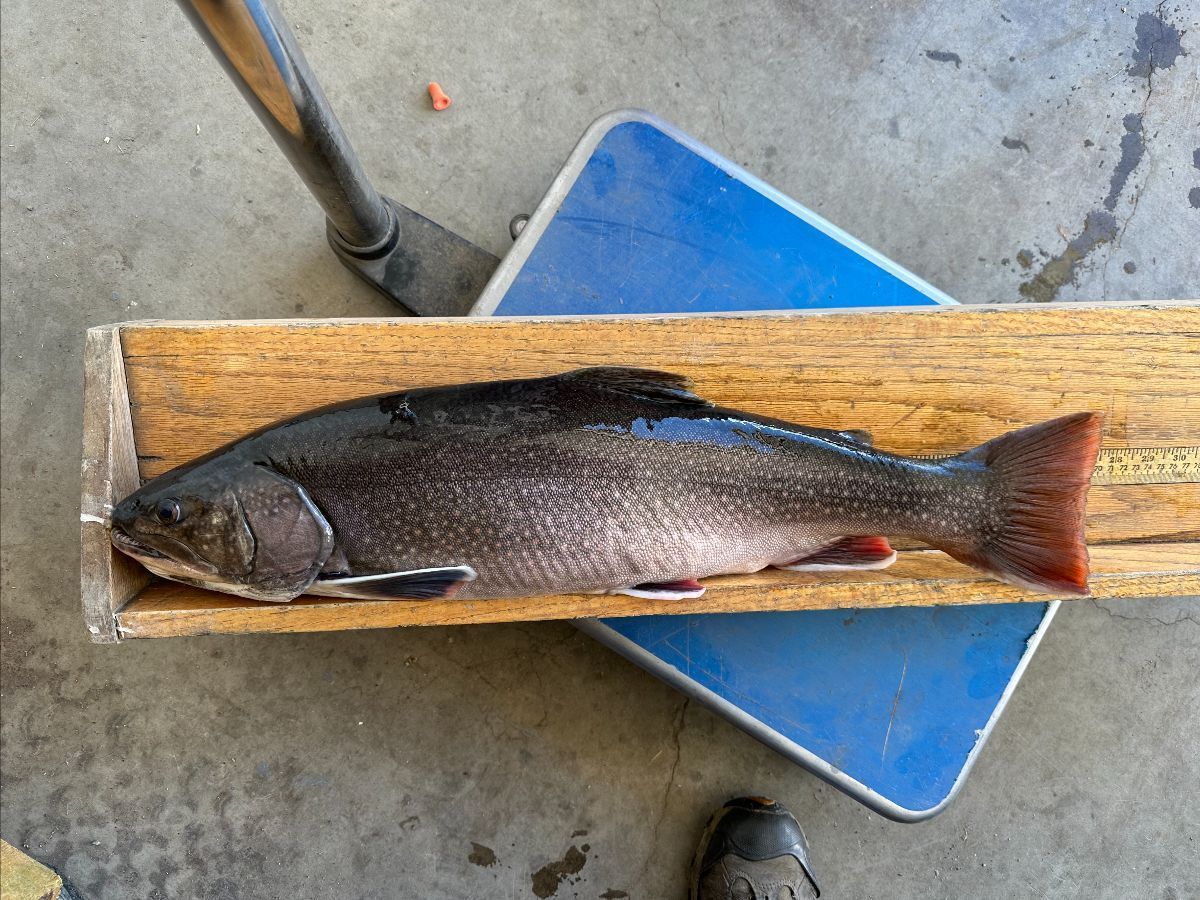