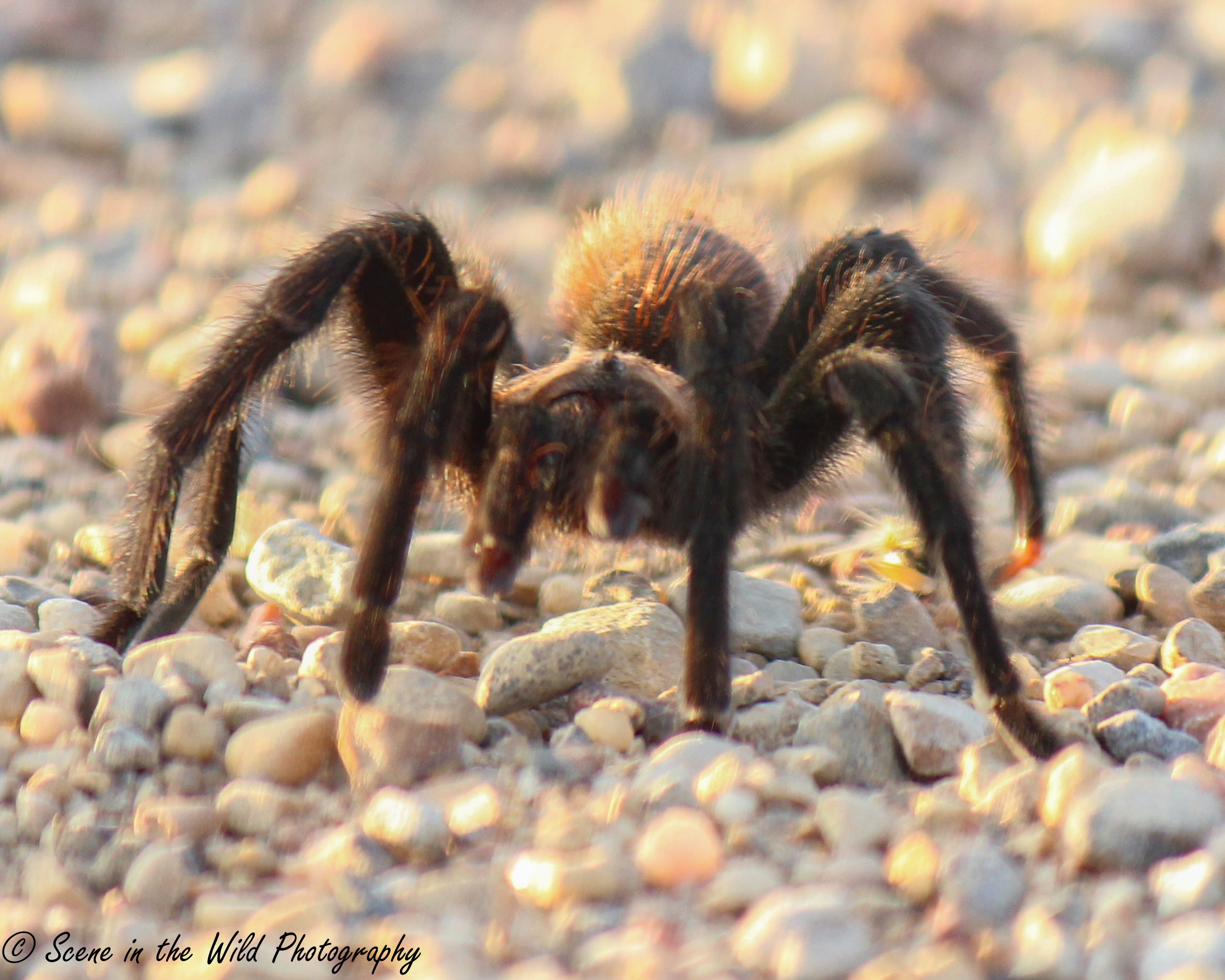 Description: The male tarantulas are on the move, looking for mates.

Although many people talk about the “tarantula migration,” it’s actually a misnomer. In reality, the “boys” haven’t left. They’ve just been biding their time, waiting until they’re mature enough to go seek out females, which they start doing at about the age of 8-10, at around this time of year (mid-August to mid-October).

Good places to look for those love-sick males are south of La Junta on Highways 10, 350, and 109, and county roads in between, an hour or so before sunset. Comanche National Grasslands is a good place to spot them as well.

You’ll see those black, eight-legged arachnids scurrying across the roadways, making their way to the other side. It’s probably just as important, if not more so, to look for the other vehicles on the roadways at that time, because every year, more people get interested in spotting the creatures.

To be safe, if you see a tarantula, pull as far off the roadway as possible or find a turnout or intersection (note that most of these highways don’t have shoulders). Don’t come to an abrupt stop or leave your vehicle in the middle of the road, because other watchers may be more focused on the spiders than other vehicles. Don’t block other roadways. Also, once you’ve exited your vehicle, it goes without saying to watch both ways for traffic before pursuing the hairy ones. Also, make sure you’re on public, not private, property.

Take photos if you like, but let the little fellows go on their merry ways. Although tarantulas can bite, their venom isn’t very toxic to humans. The hairs on their bodies can result in itching, though. They can be hurt if they fall from a distance, such as your hands.

One other caveat: there are various hunting seasons going on during this time of year. Even though most hunters are very safety conscious, it’s best not to wear tan and white (the colors of pronghorn). And actually, if you’re going to be along roadways, wearing an orange vest is probably a very good idea, so that other drivers can spot you better.

If you could care the less about the tarantulas but just want to get where you’re going, please don’t aim for the critters and smash them on the highway. They’re not going to attack your tires or jump into your vehicle or follow you home. Don’t interfere with their love lives; unfortunately, once they’ve found a mate, the males usually don’t live much longer than a few months after mating.

Females, on the other hand, may live for more than two decades, according to “Guide to Colorado Insects,” by Whitney Cranshaw and Boris Kondratieff. The authors say that the females rarely leave the vicinity of their dens.

By the way, despite the title of the above book, tarantulas are not insects; they are arachnids, as are other spiders. (Spiders have eight legs, while insects have six). Often spiders are included in insect guides, more than likely because people expect to find them there, or perhaps just to give us only one book to have to haul around.

Cranshaw and Kondratieff note that there are thought to be five species of tarantulas found in Colorado, all in the genus Aphonopelma: “All of them live in grassland areas of the southeastern and southwestern corners of the state.” The ones in this part of the state are more than likely Oklahoma Brown tarantulas (which doesn’t mean they came here from Oklahoma).

If you’d prefer learning about the spiders without venturing out and getting up close and personal, here’s a link to a good YouTube video featuring Cranshaw: https://youtu.be/nZR579bgc18

For additional information, you can also visit this site, which also has a map: https://visitlajunta.net/about/tarantula-migration/

Yes, it does mention the word “migration.” Sometimes it’s just easier to go with the flow, even though we all know that’s not the correct term. 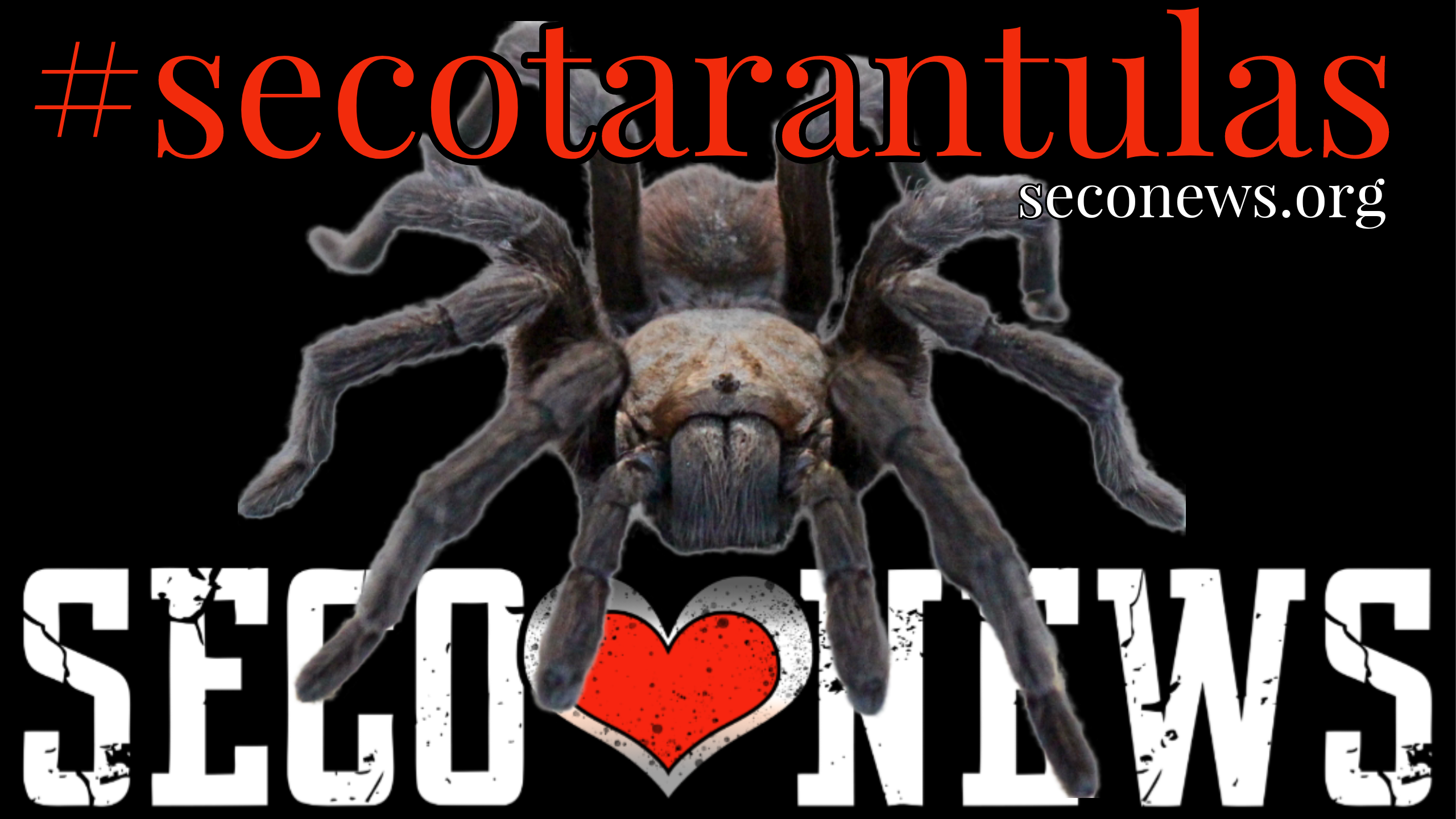