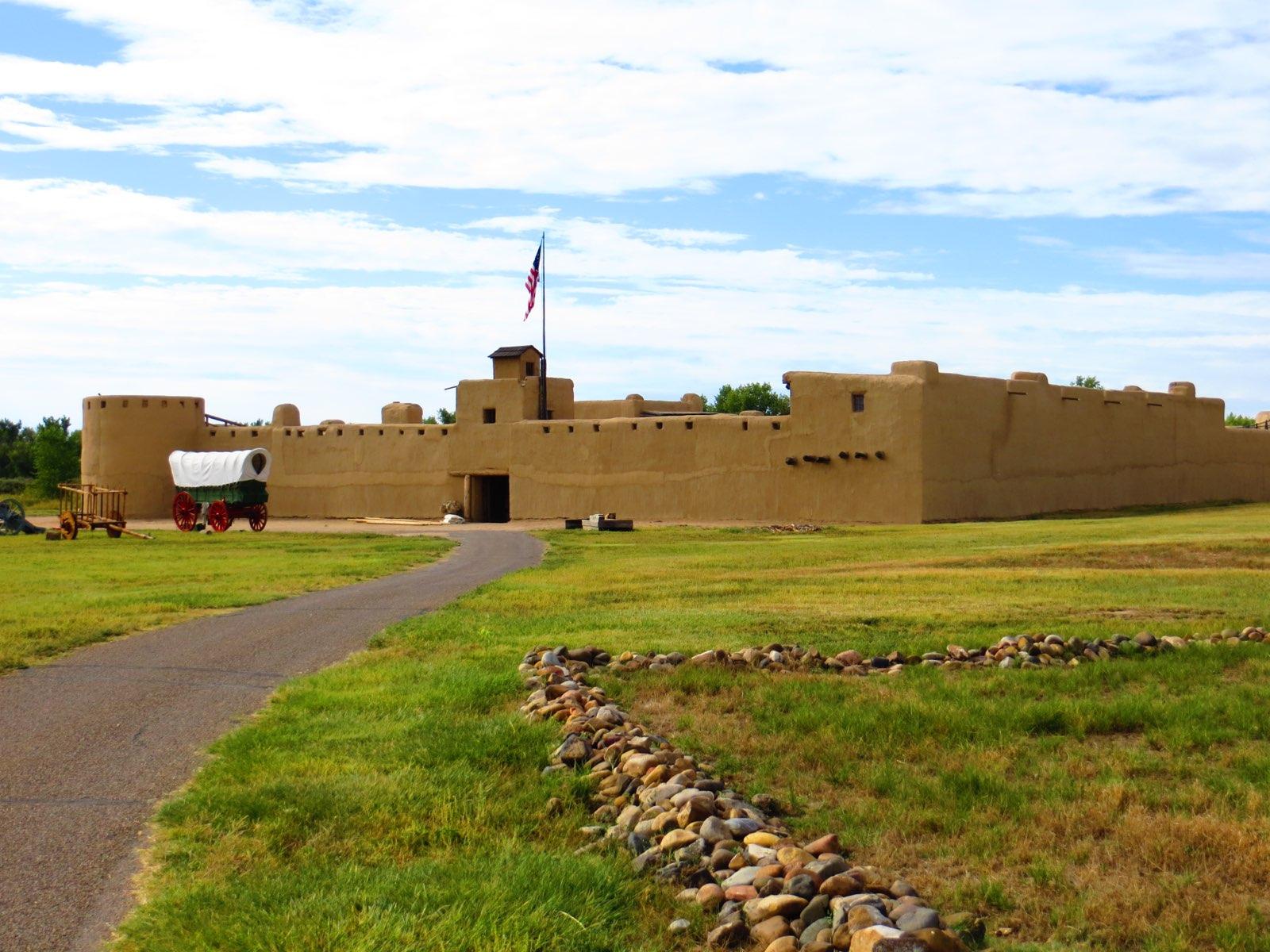 "There's only one chance to celebrate a bicentennial and this is it..."

"September 23rd, 24th, 25th and 26th the Bent's Fort Chapter of the Santa Fe Trail Association was asked to host the Bicentennial Symposium for the trail. There's a group of us that quite frankly have been working since 2016 putting this thing together. Thursday and Saturday we've got seven pretty good, formal speakers who will present things from everything from medicine on the trail to the Mexican side of the trail. To the Marital connections between The Hispanic/Spanish folks on the trail. At OJC at the (Ed Stafford) theater there. Throughout the weekend we've vetted out a little more than 50 Living History Volunteers who will be out at Bent's showing folks what life was like in 1843 on the trail at the fort and so forth."

"A new thing this year to the association symposiums: Wednesday we're going to have a youth conference for middle school aged kids both at Boggsville and at the fort to try and create some interest among young folks on the trail."

"Rebecca Goodwin and Tammy Ridenoure of Rocky Ford have been ram rodding that part of the thing, but we really need to get some youth more interested in the history of this area. Thursday night, there'll be a little reception and banquet out at the fort. Saturday night, we've worked with Victor up at OJC he's gonna cater for us. If any of you were at the 2015 fur symposium we had out there he did a heck of a job; we had buffalo ribeye and all the fixings."

"If you're interested, there is a website, www.2021sfts.com where you can register. Our publicity folks will probably be getting around here pretty quick we're developing some little window posters for various businesses around the state, and actually beyond that."

"Before all this Corona stuff started, we were looking at, hopefully getting about 400 people in town. Using motel rooms and restaurants and that kind of thing, gas stations, who knows what's going to happen now, but things are starting to pick up with our registration. So it could be a big boom. That's what we're hoping anyway, not only to the association, but to Bent's and to the local economy. Anybody got any questions you want to ask?"

Host: I Have a Question John, if somebody wants to volunteer to help and they haven't been on the committee all along; is there an opportunity for that?

"Oh yeah, the more the merrier. Well I'm gonna be out of town for a while. The Co-Chair of this thing is Kevin Lindahl over in Rocky Ford and Ladonna Hutton has, quite frankly, worked her tail off on this thing as well as what she did in 2015 for us. So get a hold of either one of those."

"My contact information is on that website under the calls for living history, calls for speakers, but again I'm going to be back east for a little while on some other business. But yeah, the more the merrier, that'd be great. We can always use a hand, you know, especially with the local arrangements and with getting word out of this thing."

"There's only one chance to celebrate a bicentennial and this is it and I don't plan on being around for the tricentennial."

Host: "Okay, so where will the point of contact for registration be?"

"Most of the time it's going to be at the Otero Junior College Theater (OJC Ed Stafford Theater) because Thursday morning, the kickoff of the thing will be speakers, and we'll have a table set up there for registration there."

"Pre-registrations are a whole lot better especially if you want to do the banquet that kind of thing because we have to have numbers a couple of weeks beforehand, so he knows how many prepare for. I would go to the registration, personally, as much as I don't like the internet, I would go to the registration page at the website, again that is www.2021sfts.com and it's got all the options, because there are also three different tours people can go on of historic sites, both East and South of La Junta."

Host: "Do you know how many have already pre-registered?"

"Last I heard, which was about a month ago, there was about 100. That doesn't include probably between living history folks and speakers and vendors, there's probably another 100 of those folks, we've got probably somewhere around 200 right now that said they'll be here. That's terrific. And these folks are from all over. Living History folks we've got folks coming in from Missouri, there's about a dozen from Louisiana, Texas, New Mexico, Colorado of course and speakers we've got them coming from as far as Florida.

Host: "Wow. Well this would be fun. Yeah. Does anybody have any other questions for John. John will bring you back and you can fill us in in the upcoming months about the bicentennial."

Dozens of Volunteers Clean Up Boggsville For Anniversary Celebrations

Boggsville: One of Colorado's Early Settlements