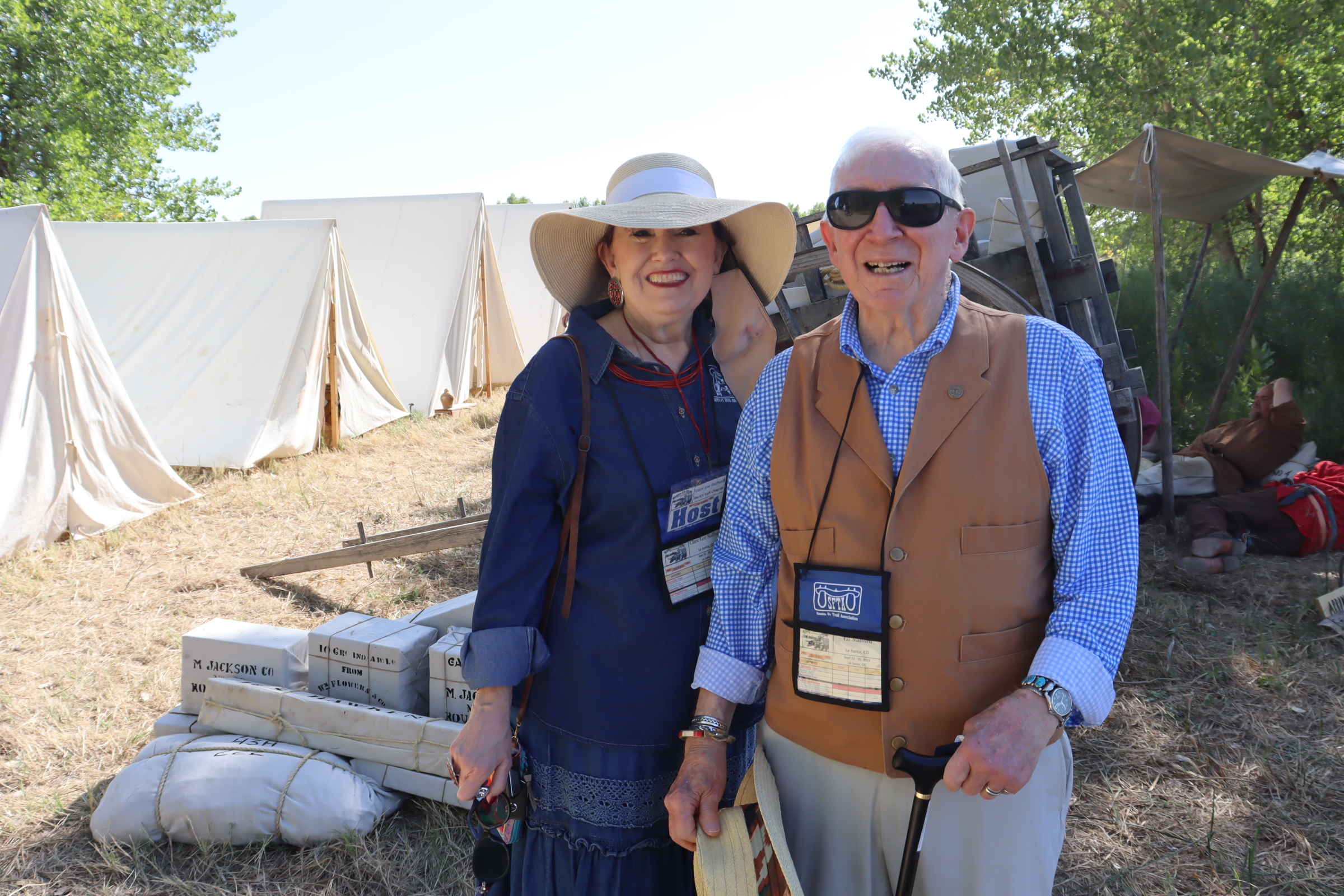 Ed Stafford is a resident of La Junta, CO, and a member of the Bent's Fort Chapter of the Santa Fe Trail Association.  He is a member of the board that has been preparing for this exciting event over the last five years.  These articles promoting the 2021 symposium have been sent to news media nationally and locally over the last two years.
A native of western North Carolina, he earned his first degree in history, which led him to a passionate affinity for the early West, and in turn led him to richly historic southeastern Colorado.  In addition to employment at Otero Junior College, he was drawn to La Junta by the Koshare Kiva Museum, which he had first come to know as a Boy Scout and Eagle Scout in his home state years before.
After receiving his master's degree in theatre at the University of Colorado - Boulder, and having taught theatre in an Atlanta college and performed six seasons with the Colorado Shakespeare Festival, he was hired at Otero to teach English composition and head the theatre program.  At that time, there was no Humanities Center, so for his first four years he staged plays in the Kiva.  Good fortune had brought him to be where he was surrounded by this awesome repository of Western arts.
During the 37 years he was employed at Otero, he taught composition, humanities, film studies, staged fighting, and all theatre courses.  He taught all journalism courses for 14 years, sponsoring the student newspaper, and was publicity director for Otero Junior College 1974-80.  He directed over 80 plays there, and when he retired, the Humanities Center Theatre was named the Ed Stafford Theatre. Stafford was co-author and director of a historical pageant "Voices Under the Wind" that was presented for two separate runs at Bent's Old Fort in 1983 and 1987 when it enjoyed warm acceptance.
Ed met his wife, Clara Lee (Lane), in La Junta, the town where she was born and reared. Together they have become very active in the Santa Fe Trail Association's Bent's Fort Chapter.  In this year when the long history of Bent's Old Fort and the Santa Fe Trail is being commemorated, they are actively promoting this event.
The following is a list of links to articles concerning the Santa Fe Trail Symposium 2021 written by Ed Stafford.
Santa Fe Trail Bicentennial Symposium - Once in a Lifetime Event
Ron Kil Featured Artist for the Santa Fe Trail Bicentennial Symposium
Kevin Lindahl Welcomes Visitors To Santa Fe Trail Bicentennial Symposium
Koshare Museum Hosting Santa Fe Trail Events and Concert
Stuart West New Man on the Block
Santa Fe Trail News Story: Tourism Board President Yergert greets Symposium Attendees
Ed Stafford on SECO News:
Alejandra, first lady of the new Bent’s Old Fort: a memoir - Book Signing