Description: Traffic Lights should drastically reduce the accidents and fatalities at the intersection of US Hwy 50 and CO Hwy 71 in Rocky Ford, according to Otero County Public Works Director Lex Nichols.

Lex Nichols said, "Last week we received the redline version of the construction and maintenance agreement. This is for the stop lights that are going to be installed on Hwy 50, Rd 18, and Hwy 71, which will help with all of our accidents. It needed to be a four-way long ago."

"It's between Burlington Northern Santa Fe, CDOT, and us, we are the local authority. Once we go through this draft agreement, BNSF is going through the same agreement, via the state we will acquire a new permanent and a temporary easement parcel, which will be on the South side of the railroad tracks by County Road 18."

Nichols said, "Then our role as far as what's expected of us, once the project is complete we will be responsible for maintaining all of the asphalt markings up to Santa Fe's right of way, then they will maintain theirs, and then CDOT will take over once they get North of that right of way."

"Once everyone has commented, all three parties, I would just like to request a signature to say that yes we will participate and  do what's in the agreement what we are expected as the local authority. I will let you know when that's going to come out, this is just a first draft... That's what I would request when it's ready, if you guys would sign it so that we can get the ball rolling," Nichols asked.

Commissioner Baldwin asked if there would be traffic lights on Hwy 50 as well as on Hwy 71 and County Road 18.

"Once this is done, they will have notice to proceed. They're hoping to have it completed by July of next year. We'll see as far as the engineering goes."

"It should drastically reduce the accidents and fatalities at that intersection," Nichols said.

The Otero County Commissioners unanimously approved the signature of the construction and maintenance agreement with CDOT and BNSF on the intersection of US Hwy 50 and CO Hwy 71 in Rocky Ford. 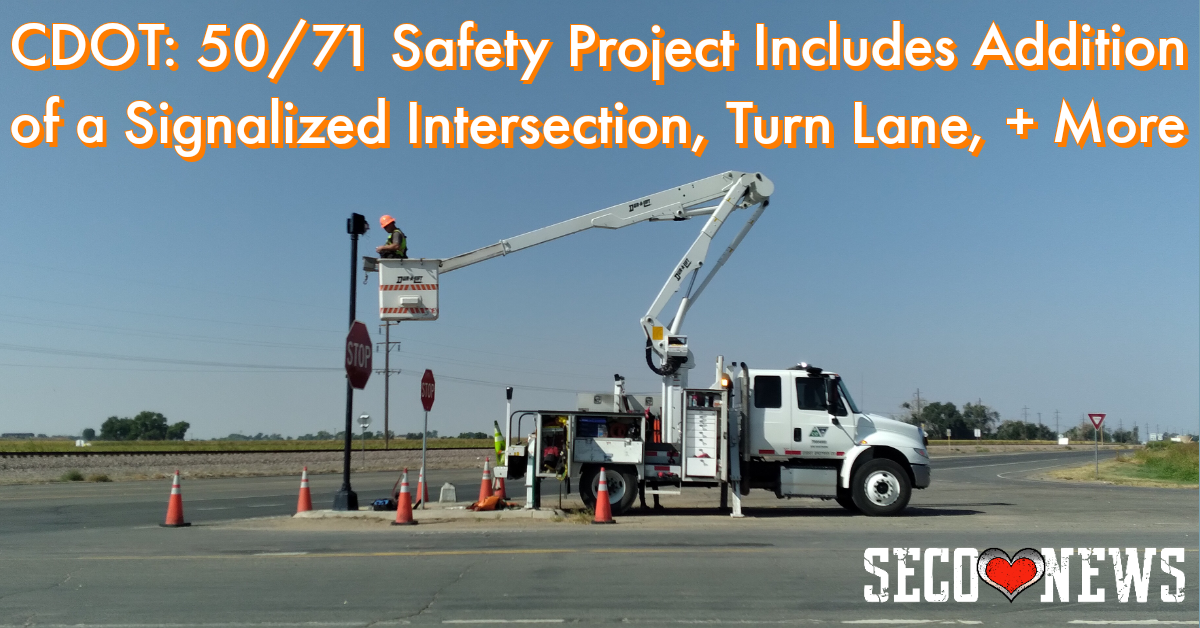