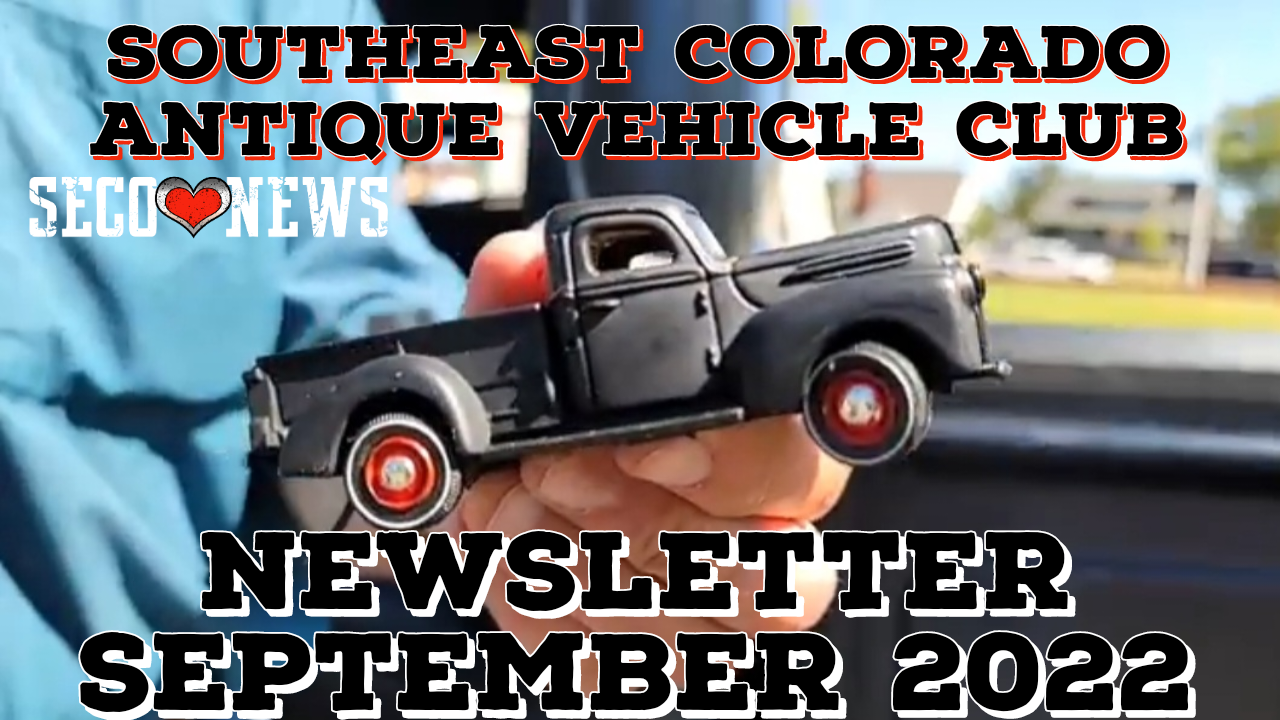 Right at 24 members attended the 7:00p.m. Tuesday night meeting. President Greg Holt lead the group with the Pledge of Allegiance and prayer. Chuck Donkle motioned to accept August 2nd minutes with a second from Leonard Walgren. Motion passed. Carol Allen gave the treasurers report; James Huff motioned to accept the report as given with a second from Rose Grim. Motion passed.

OLD BUSINESS – Terry Menges brought up that the club needs to bring back the 50/50. Jimmie Martinez spoke up and said that the 50/50 was never dropped and yes need to continue as it brings a little money in for the club. The Rocky Ford Meet & Greet car show held in Rocky Ford by GEARHEAD was well attended with 8 club members involved.

NEW BUSINESS – Early Settler’s Day is around the corner (Sept. 10th) and Leonard has the club entered in the parade but at this time no info on the line-up. September 17th is the SCAVC annual car show in the La Junta City Park. James Huff will talk with Adrian Hart from SECO news and the radio station. Rose Grim asked if we wanted to sell water and how much should it go for. Terry Menges motioned and Rethabel Huff 2nd the motion to sell water for $1.00. Motion passed. Caitlyn Hansen (Almost Home Cooking) will set up and be ready for the car show this year. Leonard Walgren mentioned that there is a different car show happening on the same day as SCAVC’s located at the old Racine’s bldg. Rose Grim will talk to Angela Ayala about the upcoming Tarantula Days. Chuck Donkle just received a new car magazine if anyone would like to check it out. A reminder to bring membership applications to the car show on Sept. 17th. (Sign up new members at that time)

Membership badges was brought up – should we wait a year? Terry Menges feels that the badges should come out of membership dues and the new member should receive his/her badge ASAP. Question about the use of the First Christian Church. The club will use the church until further notice. Karen Menges checked with the La Junta Senior Center. It would be free with Leonard & Judy Walgren opening and closing the bldg. 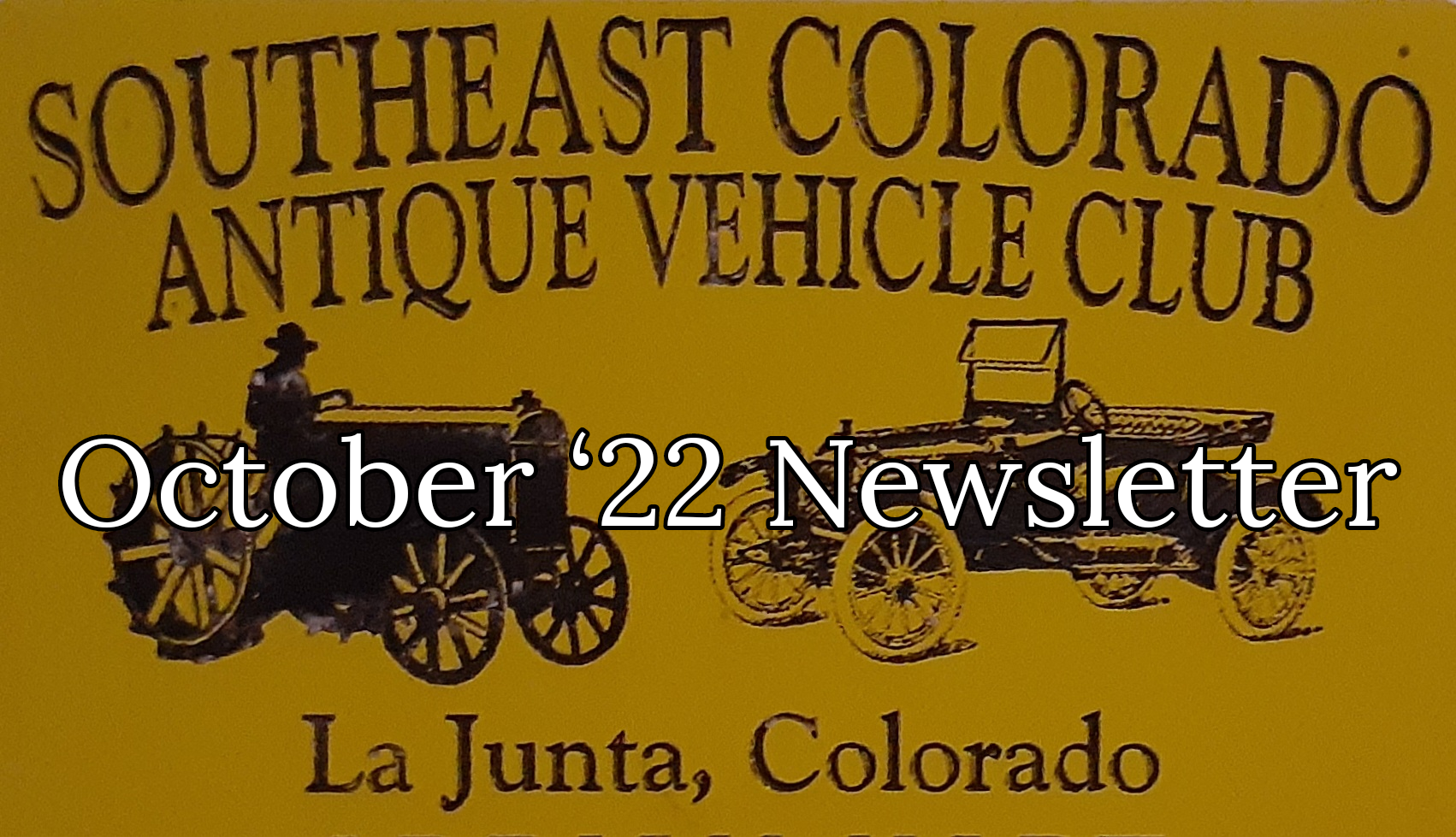 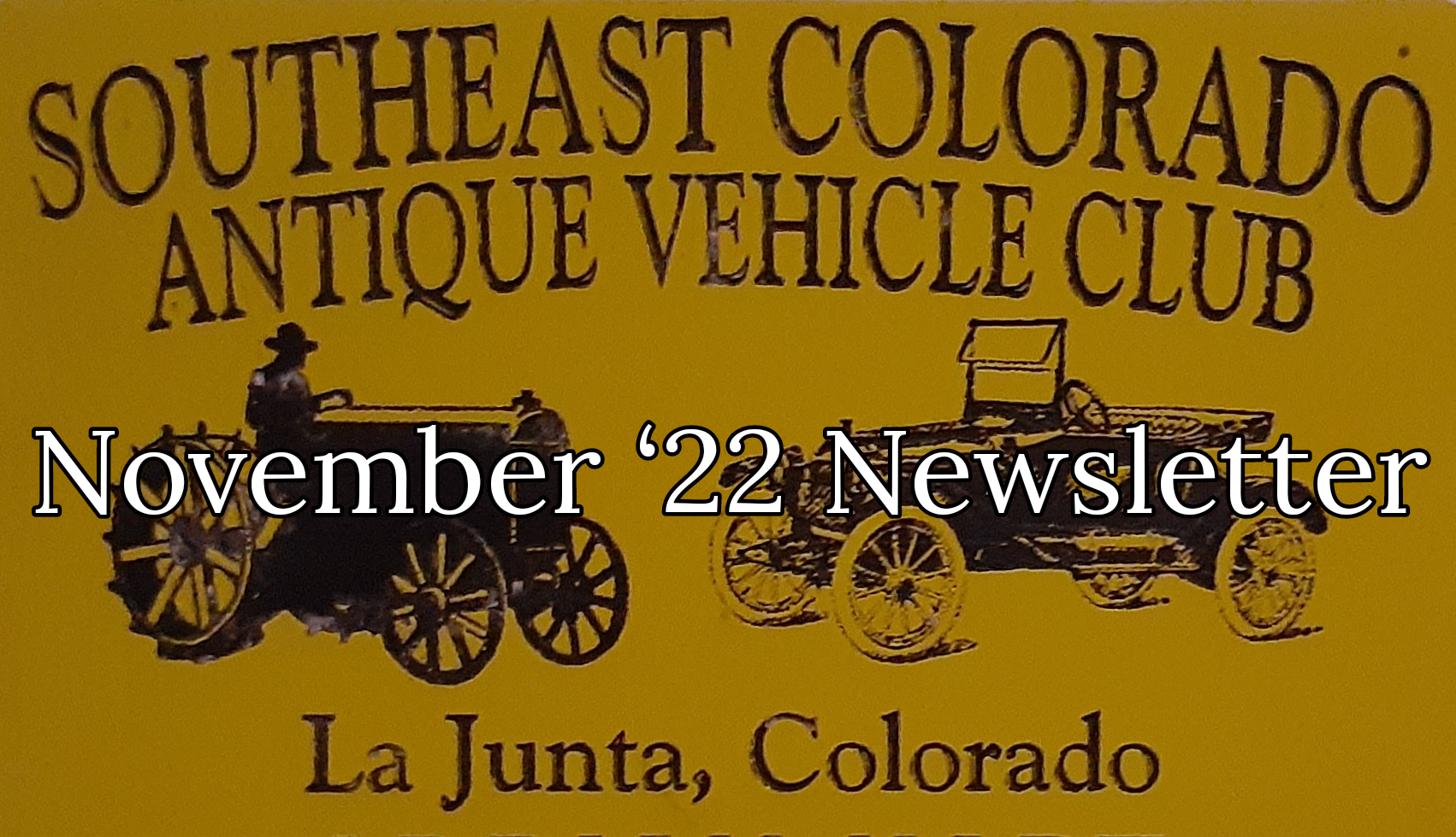