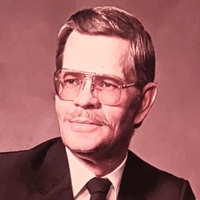 Description: Jack Steir Obituary...Our Condolences to His Loved Ones...

Jackie was born in Rocky Ford, CO on August 29, 1936, a son of the late Golda (Houston) and Thomas Huldrick Steir.

He graduated from Manzanola High School. During high school he participated in wrestling and football.

Jack was the husband of Nancy Anne (Northcutt) Steir, they were married on September 28, 1973 in Rocky Ford.

He was an active member of the Rocky Ford Church of the Nazarene, serving on the church board and taught Sunday school.

Jack was a career Colorado Army National Guard, serving for 37 years and reaching the rank of Captain.

He was a lifetime member of the Rocky Ford ELKS Lodge #1147.

In his early years, he worked at June Chevrolet, was a postal carrier with the U.S. Postal Service for 17 years. in the later years, owned and operated Las Animas Bulk Plants, several gas stations in La Junta, Ordway and Rocky Ford. He also owned the Rocky Ford Car Wash, Steir Mini Storages and Ryder Trucks. He was a Conoco jobber and ran Jack's Oil until later going into business as Steir Oil Company, which he retired from in 2006 after 37 years.

Jack was a devoted man that valued God, family, country and community. He will be greatly missed by his family, friends and the community.