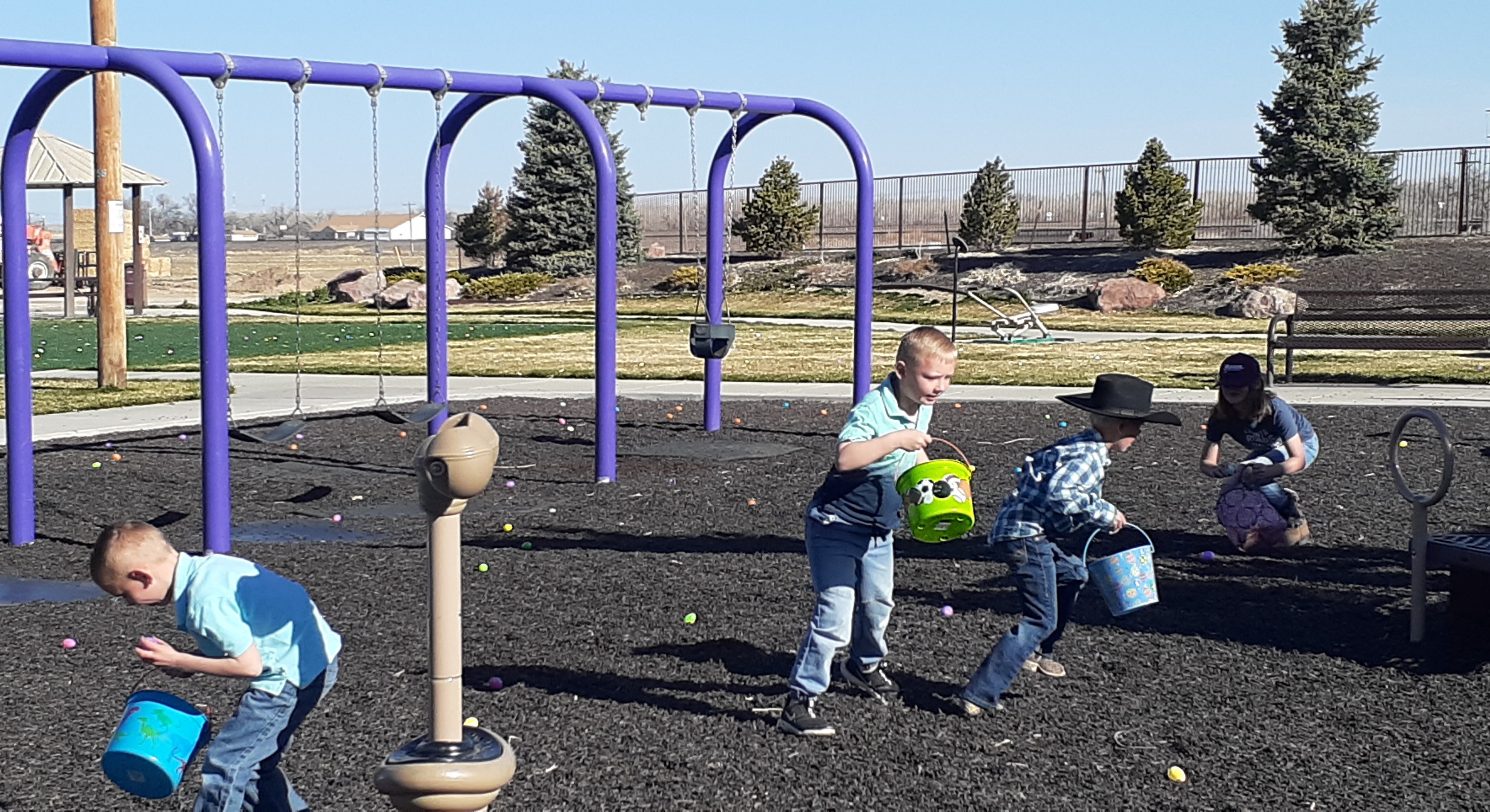 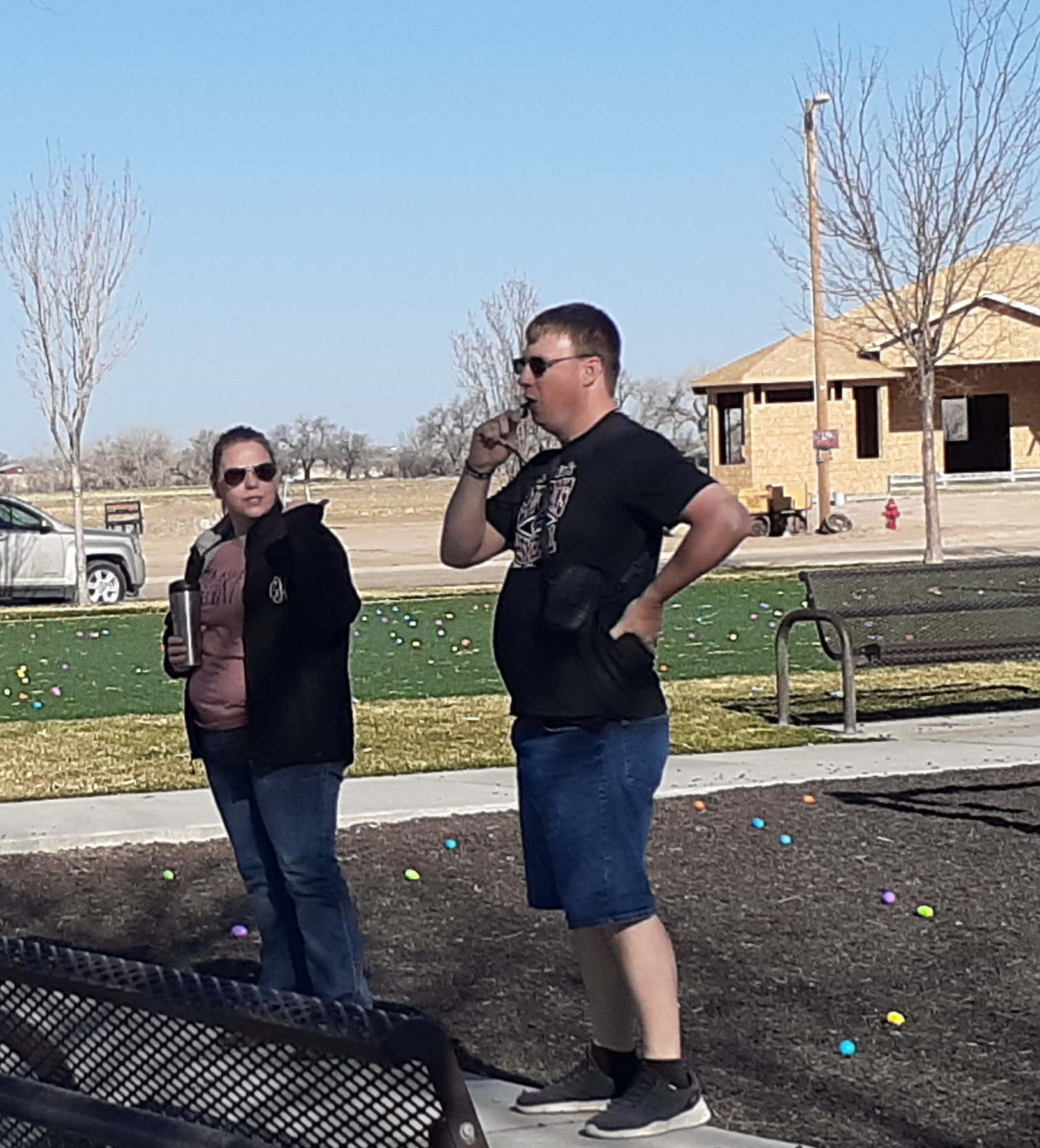 Hansen took a moment to talk about the club's longstanding tradition. She said the Swink and Cheraw Lions Clubs worked together to stuff 1,500 plastic eggs with candy, then they each took half for their respective events. According to Hansen it has been several years since the clubs put the candy inside of plastic eggs, which was a return to tradition. 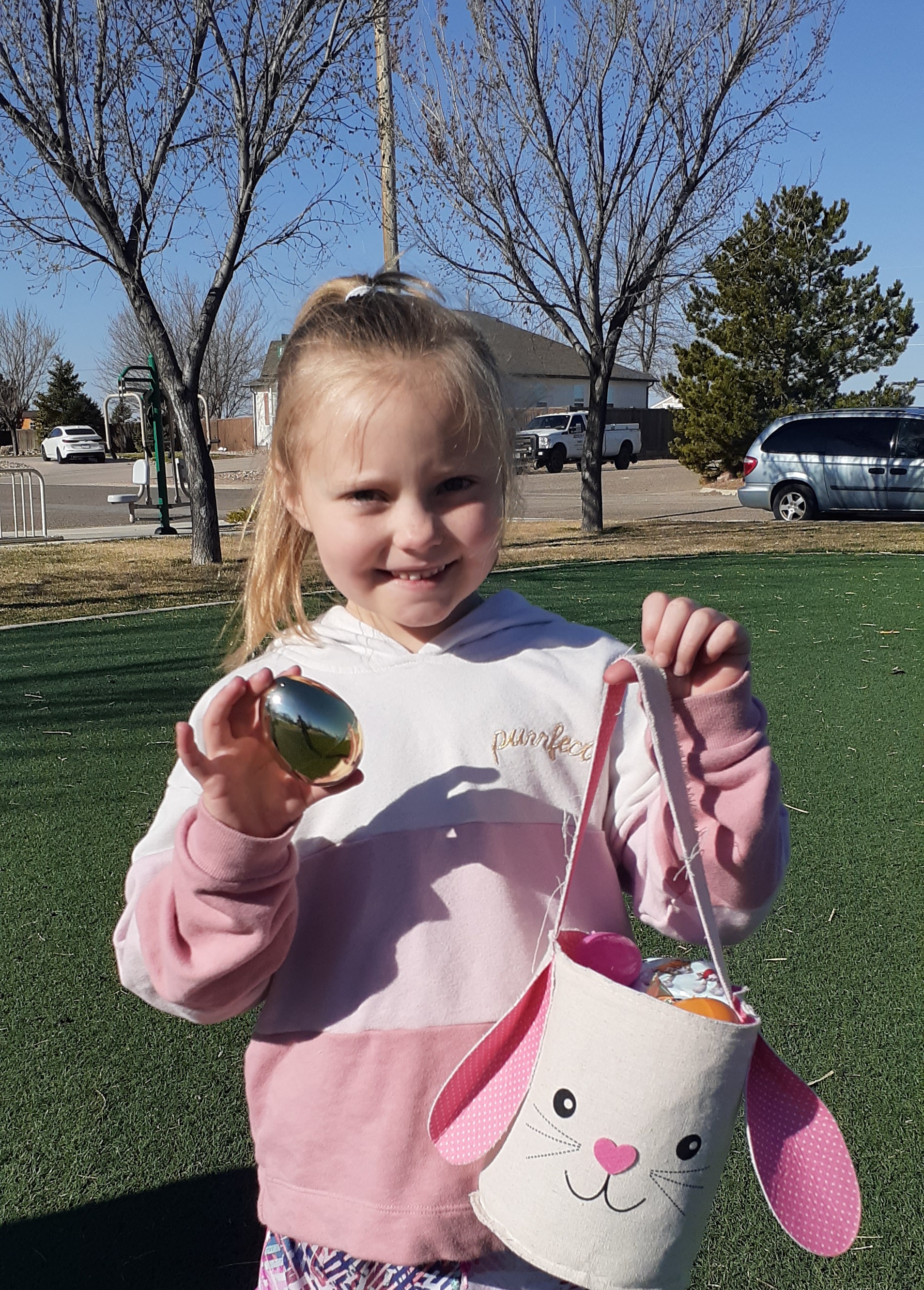 Avory had a perfect Easter Egg hunt and found a golden egg and a basket full of chocolate. 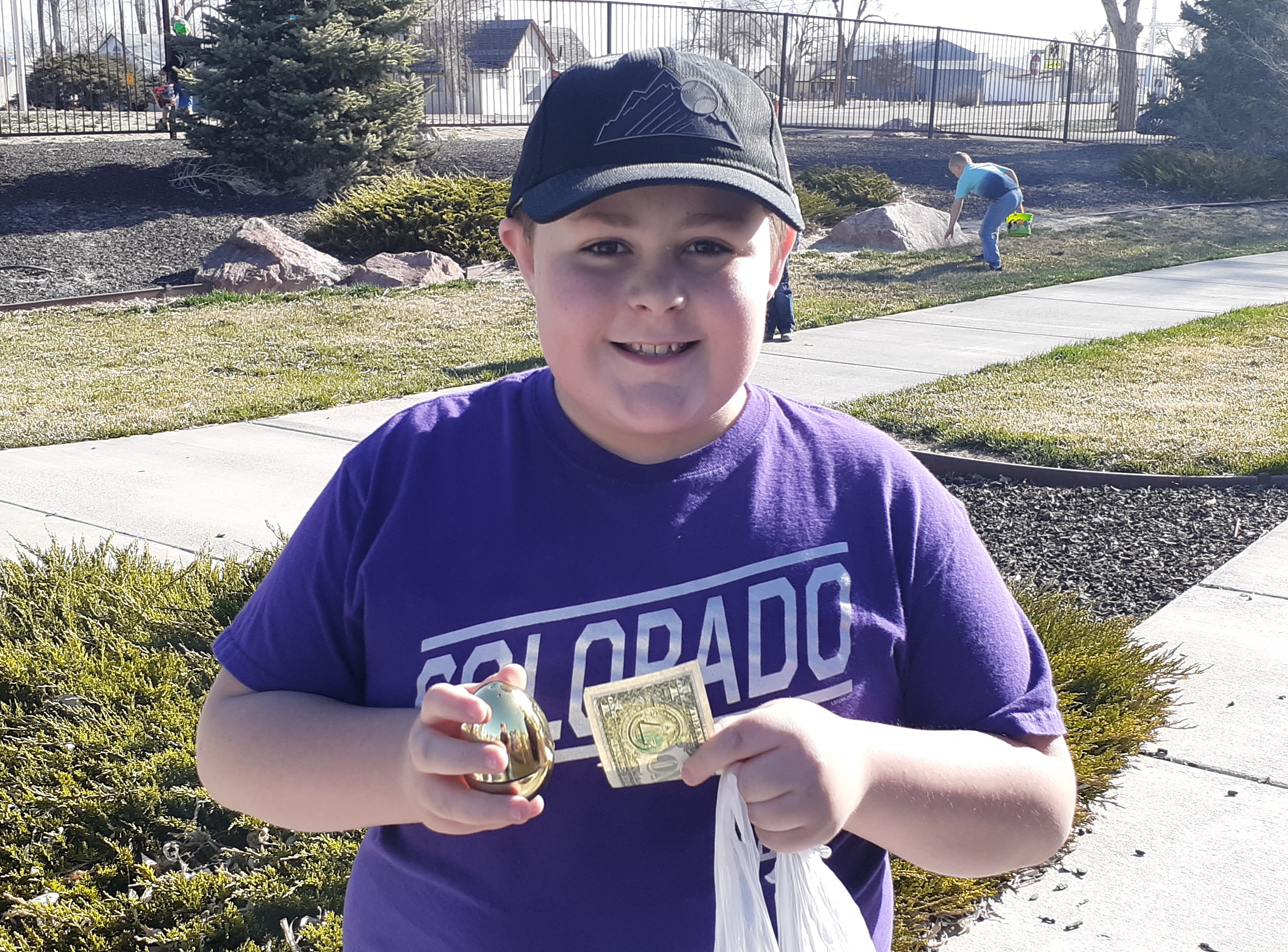 There was a golden egg hidden for each age division, for the 9-12 year-olds Miles found the cash-filled egg. Maybe his Easter luck will help his Colorado Rockies too.

One little girl said that she hoped to find a golden egg so she could use the money on a new pair of boots.

Great community service organizations like the Swink Lions Club make Southeast Colorado a great place to live. Many thanks to the club for hosting quality events for our children like the annual Easter egg hunt.