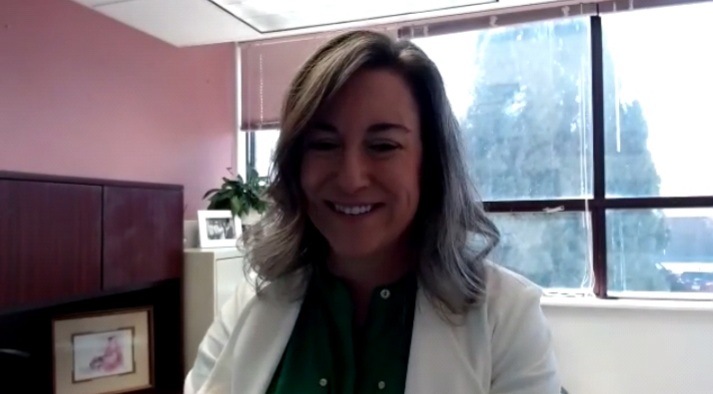 Julie Worley with the La Junta Chamber of Commerce put together the program content for the first BLT, which included a virtual room full of local community and business leaders from La Junta.

Tanabe said, "I have been making a list of what the Silver Linings were over the last year. And I, I believe to word a reboot and things will get better and bigger and I'm excited about that term the county's been busy with the Coronavirus like everybody else. We were able to form partnerships with all the municipalities in the county early on to assure that the Cares Act money was well spent and most importantly not sent back. What you don't spend you send back, so I want to thank Mickey and the SBDC and I see Danelle's name on here as well."

"We did a big portion of that Cares Act money as grants out to the businesses and they were great partners with that project. In the end, I think we were over $750,000 between two different grant rounds that we were able to provide to the businesses that have been harmed because of the shutdown so (we are) pretty proud of that," Tanabe said.

"Coming next, we're watching very closely to the legislators and the guidelines for the next tranche of money. The Fiscal Recovery Fund is sometimes what it's called; I've also heard it called the American Rescue Fund. We haven't received the guidelines on what we can do with that money, but I'm going to be brave and make an assumption that we'll be able to put more money out to businesses in the county again with part of that. It looks like we might be given $3.5 million just for the county alone. And each municipality will also get some money. So it's separate this time, the CARES act we did it all together. This time it will be separate. Who knows what we can spend it on sometimes the guidelines are a little funny, especially for rural communities, but I'm pretty excited about that too," Tanabe said.

Tanabe went on to say, "Even though we've kind of been slowed down and we've all been walking through molasses this last year, Otero County has been working on some capital improvement projects in the background. The Annex in Rocky Ford, what used to be the extension office in Rocky Ford behind Nava Manor, has been remodeled and we've moved our public works to that area as well as Danelle now has an office there. Our emergency manager will be moving over there soon, but there'll be some meeting space there, if anybody would like to use that."

"We're spreading out a little bit more for the courts," according to Tanabe. "The area where public works used to be, the building department, has been vacated and we'll be remodeling that to add another courtroom for the magistrate as we just completely ran out of room. Prior to COVID we were looking at a new judicial building and the price tag was coming in at $38 million every time so we still have the need for room for courts."

Tanabe said, "We absolutely have a need for a new detention center, but now we're just taking it in smaller bites and doing what we can with what we have, and unfortunately it's kind of a band aid experience right now, but we've got to do something. As well as a new single entry point to the courthouse on the north side of the building that will have secure access and also allow for ADA access into the building. Those projects should start sometime this year. Fortunately, 75% of that we have been granted monies from either DOLA or the underfunded courthouse commission," according to Tanabe. "Some pretty exciting things are happening in Otero County," she said.