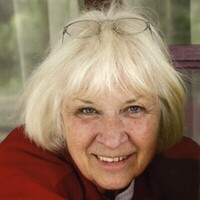 Description: Jeanne Torgler Obituary...Our Heartfelt Condolences To Her Loved Ones...

Our Beloved Mother, Grandmother, Sister, and Friend, Jeanne Torgler, went to be with her Lord Jesus on May 24, 2021.

Jeanne was born on July 12, 1943 in La Junta, CO to Kenneth and Rebecca Rusher, she attended Numa School and graduated from Ordway High School in 1962 where she was a cheerleader. She was a student at Lamar Junior College and Pueblo Junior College, completing her Associate Degree in Business.

She was the oldest of six children, Three sisters and two brothers.

Jeanne married the love of her life, Shannon Torgler, July 1963, and began their life in Ordway, CO. Their two children Jason Torgler, and Jennifer Torgler Maxwell.

Jeanne and Shannon had an adventurous life beginning with a pig business of over 2000 head until 1975. During this time, they started, built and operated the Ordway KOA Campground, aka “The Junction” from 1973-2002. They added “The Junction Swimming Pool” from 1988-1997. They purchased Kropf’s Cash and Carry in 1977; changed the name to “Torgler Food Market” and sold the business in 1985 to Kenny and Jeannine Rusher. Since their lives were not busy enough during these times, they purchased, built & operated “Rocky Ford Food Market” from 1980-1985.

Jeanne was the diligent secretary, bookkeeper and task master for all of her and Shannon’s business’s, while being a devoted and loving wife and mother.

Jeanne was active in the community. She served as Crowley County Chamber of Commerce Secretary, 1986-1988 and President, 2007-2009. Jeanne continued with community support after the passing of her husband, Shannon, in February 2015, serving over ten years as Arkansas Valley Hospice member and Fifteen years as an Awana Leader at the Community Baptist Church.

Jeanne loved and enjoyed her grandchildren and following all of their activities and projects. She loved working in her yard and always had another project going.

All who knew Jeanne, knew of her deep and genuine Christian faith and love for Jesus Christ. She inspired others with her love for life and constant positive outlook. Her voice and laughter always brought a light into the room and lifted the lowest of spirits.

A Memorial Service will be held at 11:00 AM on Saturday, June 5th at Crowley Community Baptist Church in Crowley, CO with Pastor Jeremy Hoyt officiating. Inurnment will be private at a later time in the Valley View Cemetery, Ordway, CO. In lieu of flowers, memorial contributions may be made to Arkansas Valley Hospice; 531 Lewis, La Junta, CO 81050.

Arrangements have been entrusted to Ford - Ustick Funeral Home. Online condolences may be sent to www.fordustick.com.