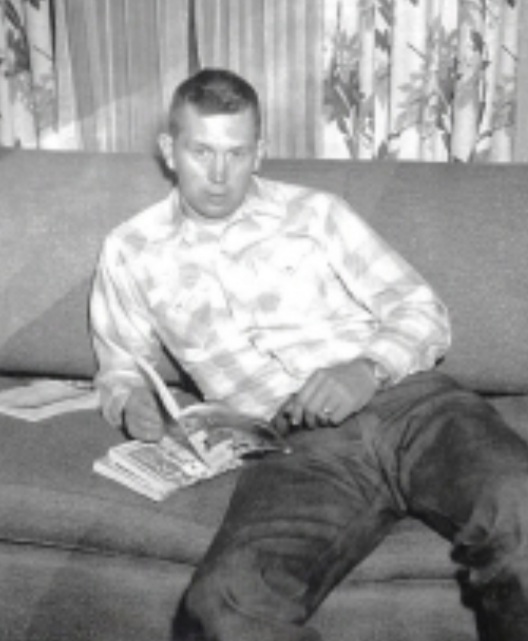 Ralph Markus, 88, went to be with his Lord and Savior on June 24, 2021 at the Crowley County Nursing Home in Ordway, He was born on September 15, 1932 in Rocky Ford to Henry & Mollie (Grasmick) Markus. He attended school in Crowley County and later farmed with his dad.

He married Sharon Bosley on June 12, 1960 of La Junta. They lived and worked in Crowley County until 1966 when they moved to La Junta. Ralph assumed the position of head custodian at the La Junta High School. He drove the Tiger bus to transport the athletes to various events along with driving a school bus route for several years. When his arthritis in his feet caused problems; he went to truck driving school and drove an 18 wheeler for about 30 years. They had two daughters Lori Lee and Lisa Ann. When Lori was in the USAF and stationed in the Netherlands, the couple was blessed to visit her there, and the three of them toured the continent.

Ralph loved traveling and all sports. He was an avid football and baseball fan and especially enjoyed watching the Broncos and Colorado Rockies – which he was able to view in person several times. Ralph was a member of the Valley Community Church and also attended the Valley Cowboy Church.

He is survived by his wife, Sharon of the La Junta; daughters, Lori Lee Markus of La Junta and Lisa Ann Markus of Broomfield. He was preceded in death by his parents, brothers, Bill, John, and Harry Markus; sisters, Dorothy Shrader and Margaret Wittman; sister-in-law, Beulah Markus and brother-in-law, Jack Shrader.

Funeral service will be held on July 1, 2021 at 10:00 a.m. at the Valley Cowboy Church with Gail Allen officiating. Interment will follow at the Fairview Cemetery in La Junta.

Online condolences may be made at www.PeacockFH.com. Peacock-Larsen Funeral Home and Arkansas Valley Crematory is in charge of arrangements.