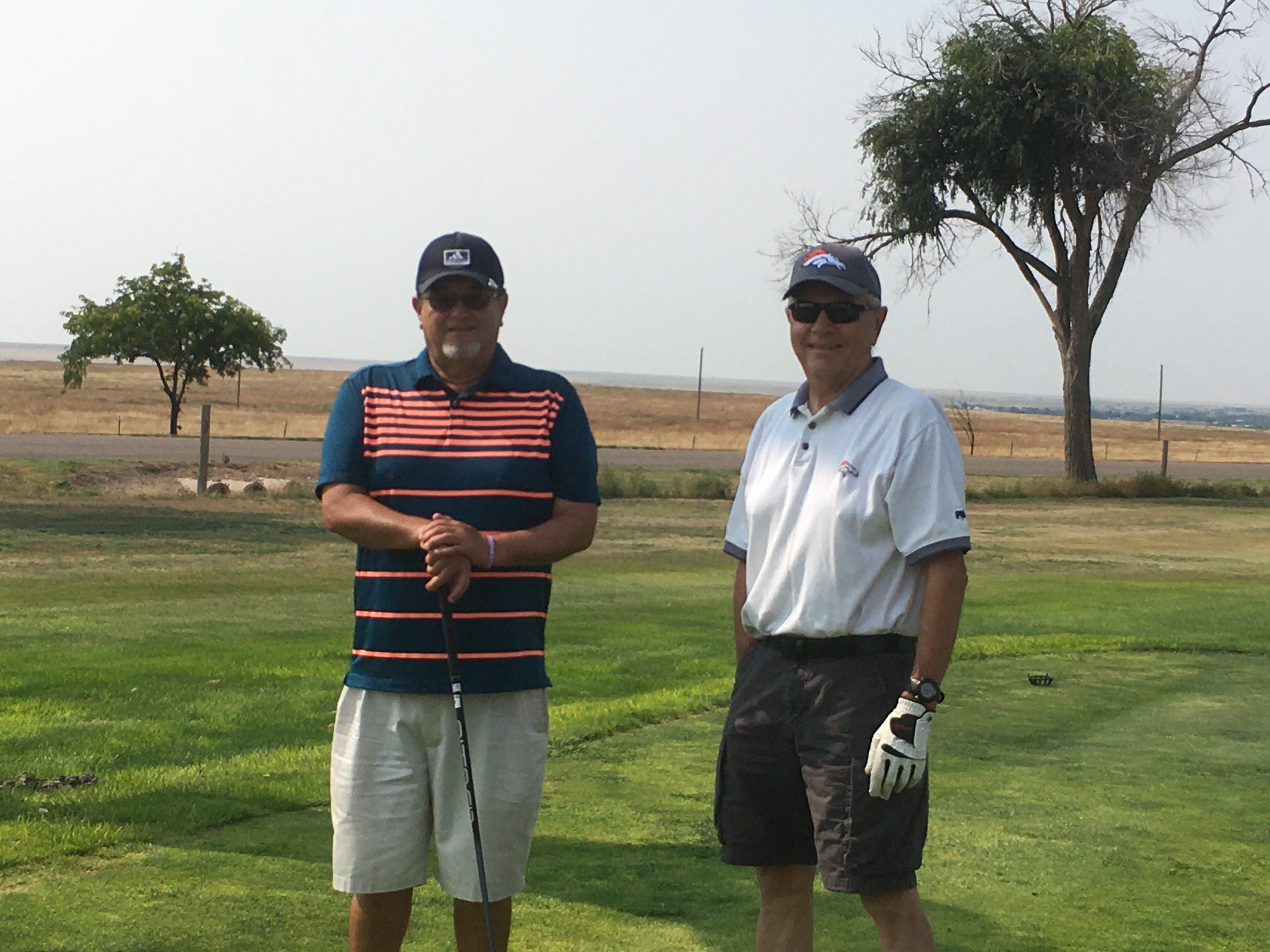 Thirty-three players came to the La Junta golf club to play a scramble format.  Douglas Golding, Stan Lindsay, and Fred Boettcher were able to get the challenge putt on hole #4.  No one was successful to win the challenge chip on hole #2