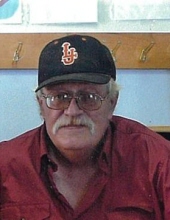 Clyde W. Stewart was called to his heavenly home on October 25, 2021. Clyde was born September 26, 1949 in La Junta, Colorado, where he lived most of his life. He graduated from La Junta High School in 1967 and joined the United States Navy shortly thereafter. After serving his country he worked for the Santa Fe Railroad before joining the DeBourgh Manufacturing family. After retiring from DeBourgh he spent his time reading and attending local sporting events in support of his nieces and nephews. He was a PER of the local Elks Lodge #701 and a quarterback club supporter.

Clyde enjoyed spending time with his family and reminiscing about past family events. He is survived by his sisters, Jerre Henderson, Lola (Gary) Pettitt and Dorothy Stewart, his brother, Stanley (Laura) Stewart and numerous nieces, nephews and cousins. He was preceded in death by his parents, Clyde T. and Aline Stewart and his sister, Marie Sallie.

A memorial service will be held on Tuesday, November 2, 2021 at 10:00 a.m. at Peacock Memorial Chapel, 401 Raton Avenue, La Junta. Inurnment will follow at Fairview Cemetery with a luncheon to be held directly thereafter at the North La Junta Community Building, 17 Ash, La Junta.

Those wishing to do so may make memorial contributions to a charity of choice in Clyde’s name.

Online condolences may be made at www.PeacockFH.com. Peacock-Larsen Funeral Home & Arkansas Valley Crematory is in charge of arrangements.