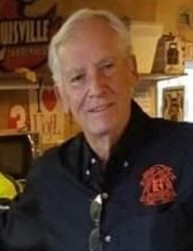 Description: William Rich III Obituary... Our Heartfelt Condolences To His Loved Ones...

A Celebration of Life Service for William T. Rich III, known to most as Bill, will be held at 10:00 a.m. on March 6, 2022, at the Hasty Friends Church.  Per William’s request, cremation has taken place and there will be no visitation.  Inurnment will take place at Fort Lyon National Cemetery at 12:30 p.m. on Thursday, March 3, 2022, with Military Committal Rites provided by Fort Carson Honor Guard.

Bill enlisted in the United States Army and proudly served his Country for 20 years, retiring as a Chief Warrant Officer 3.  After retiring from the United States Army, he worked as a Service Engineer for Lockheed Martin and owned a KOA Campground.  Bill then retired to Hasty, Colorado with his loving wife, JoAnn (Roberts) Rich.  Bill was the chaplain and vice president of the El Shaddai Warriors Chapter of the Christian Motorcyclist Association.  He was also a faithful member of Hasty Friends Church and a lifetime member of the NRA.

He was preceded in death by his parents; wife, JoAnn Rich; and stepdaughter, Isa Atkinson.