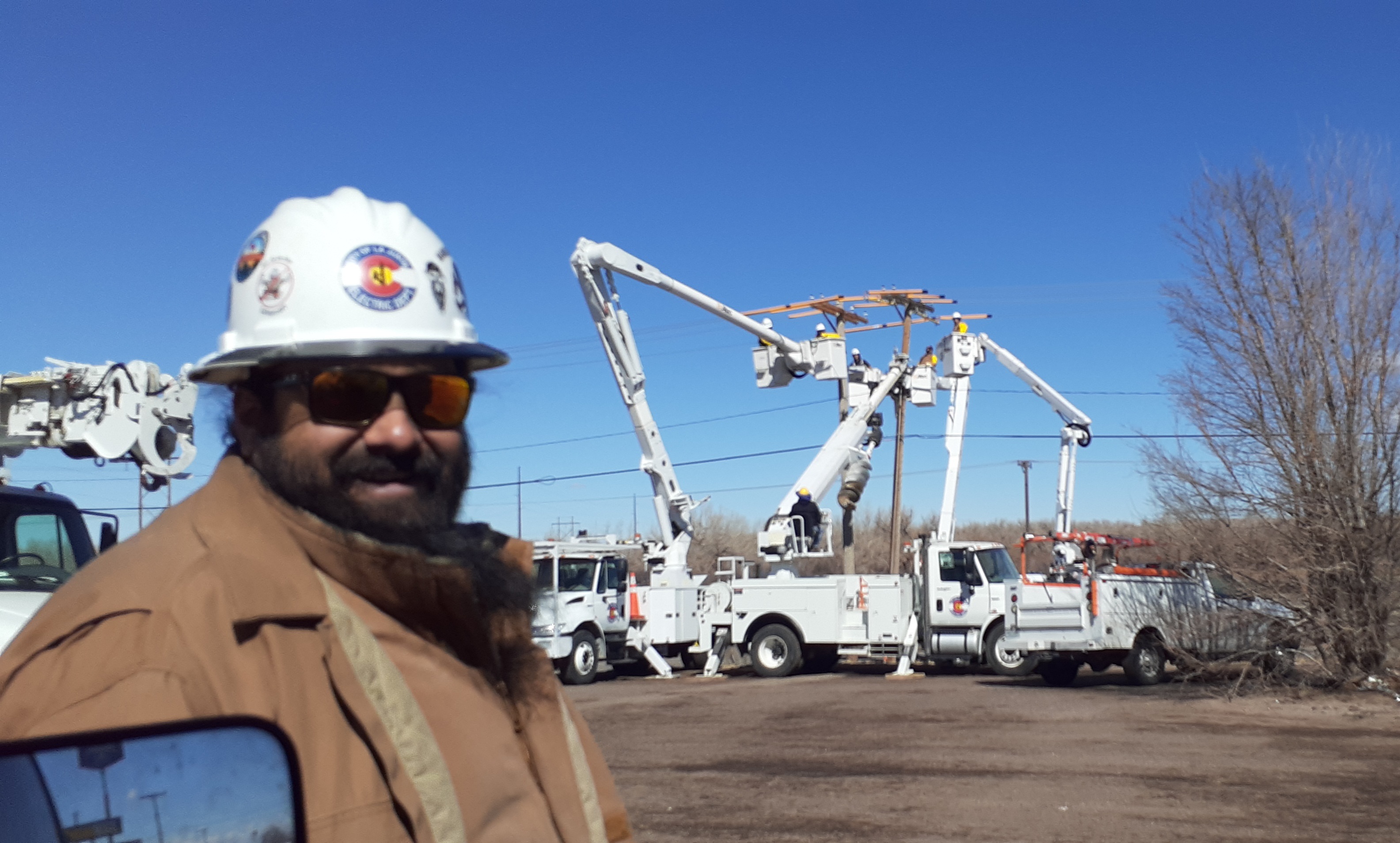 Sunday morning the City of La Junta Electrical Department was busy replacing a pole on Frontage Road. It was a complicated and challenging job requiring many steady hands and constant communication between linemen. 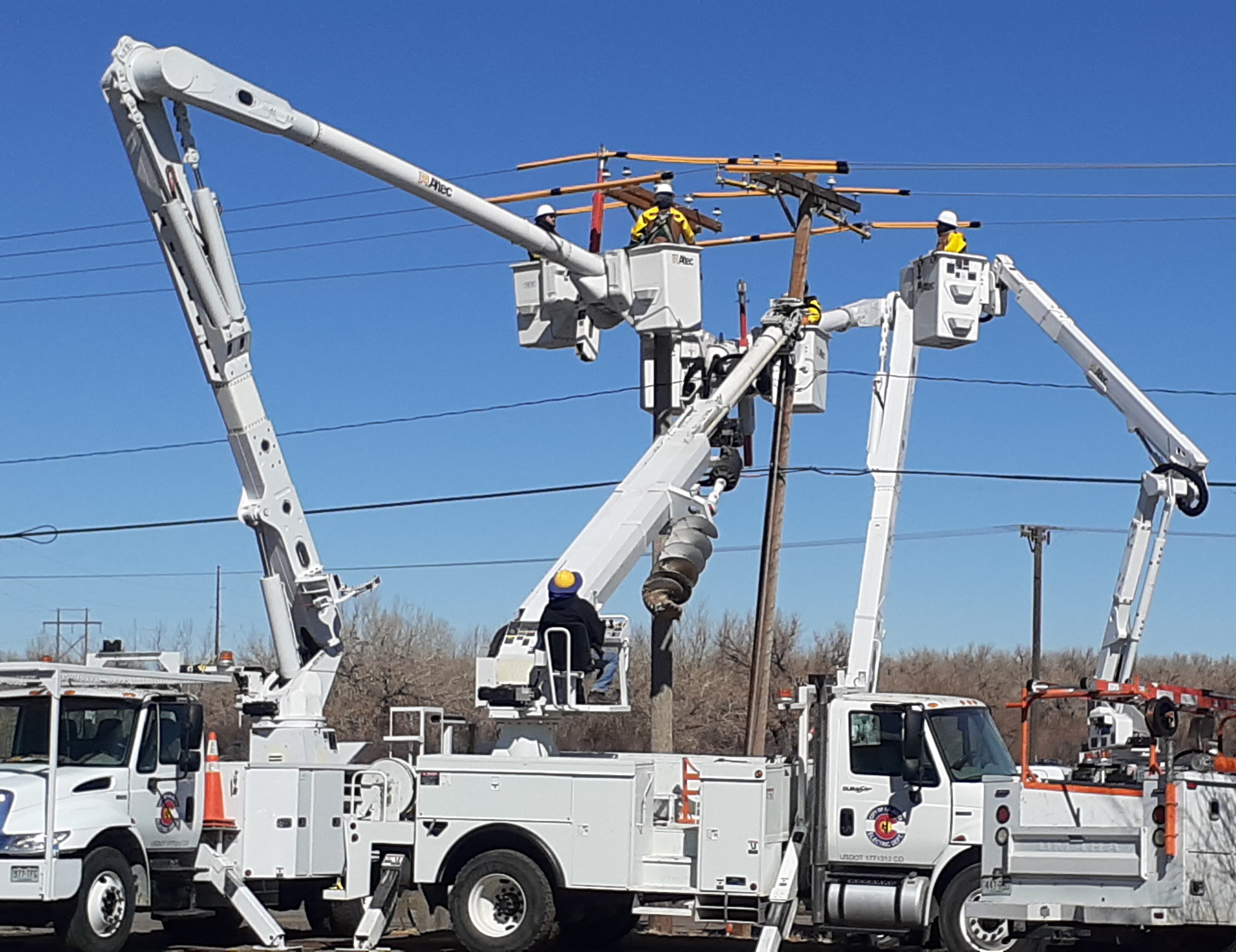 The orange insulators (and many hours of training) make the hot electrical lines manageable for the city crew. They were able to keep the power on while installing the new pole. Handling around 13,000 kilowatts in electricity isn't in the usual Sunday morning job routine for many careers. 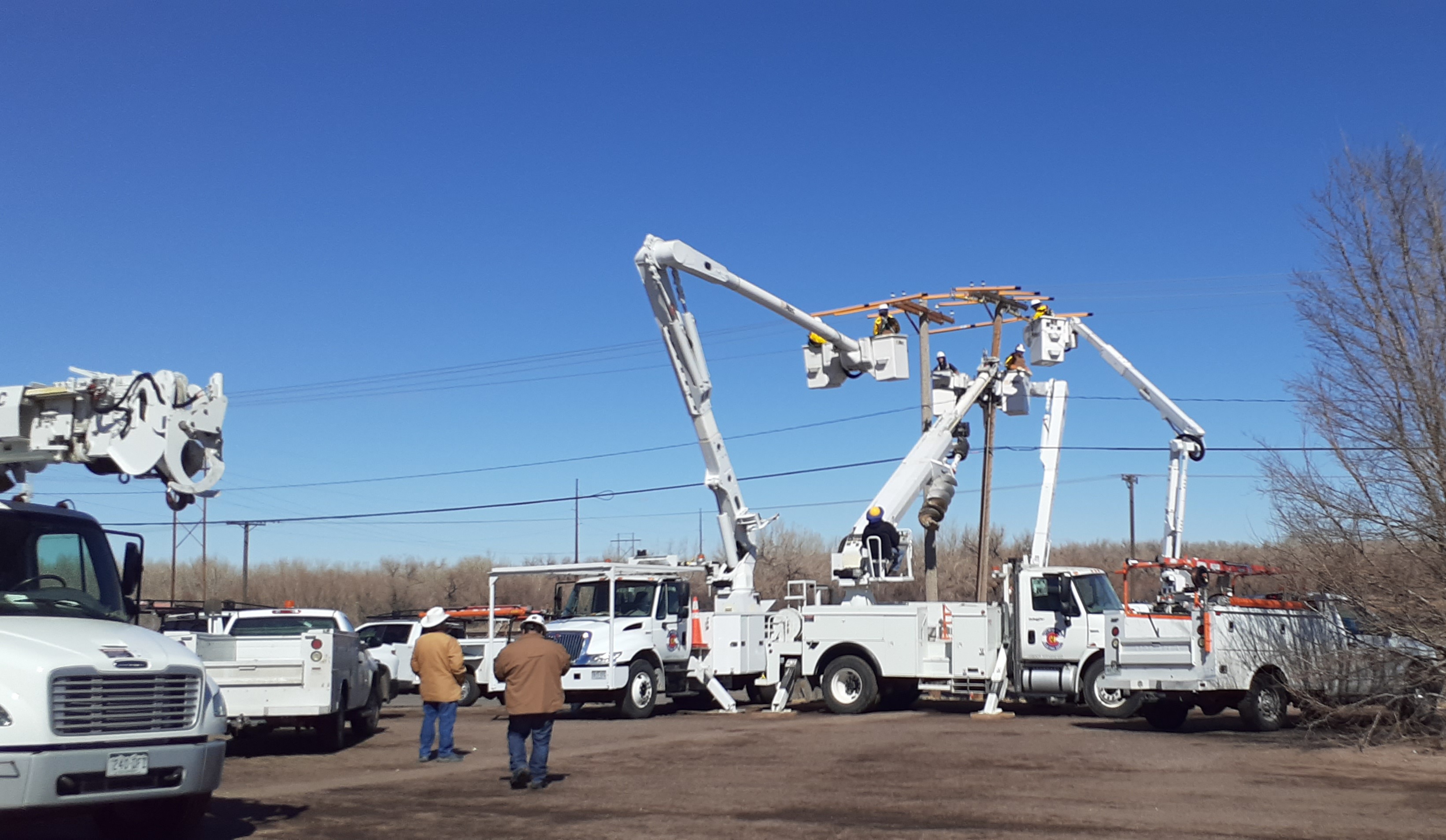 The hot lines handled by the electrical crew kept electricity flowing down frontage road all the way to Walmart. 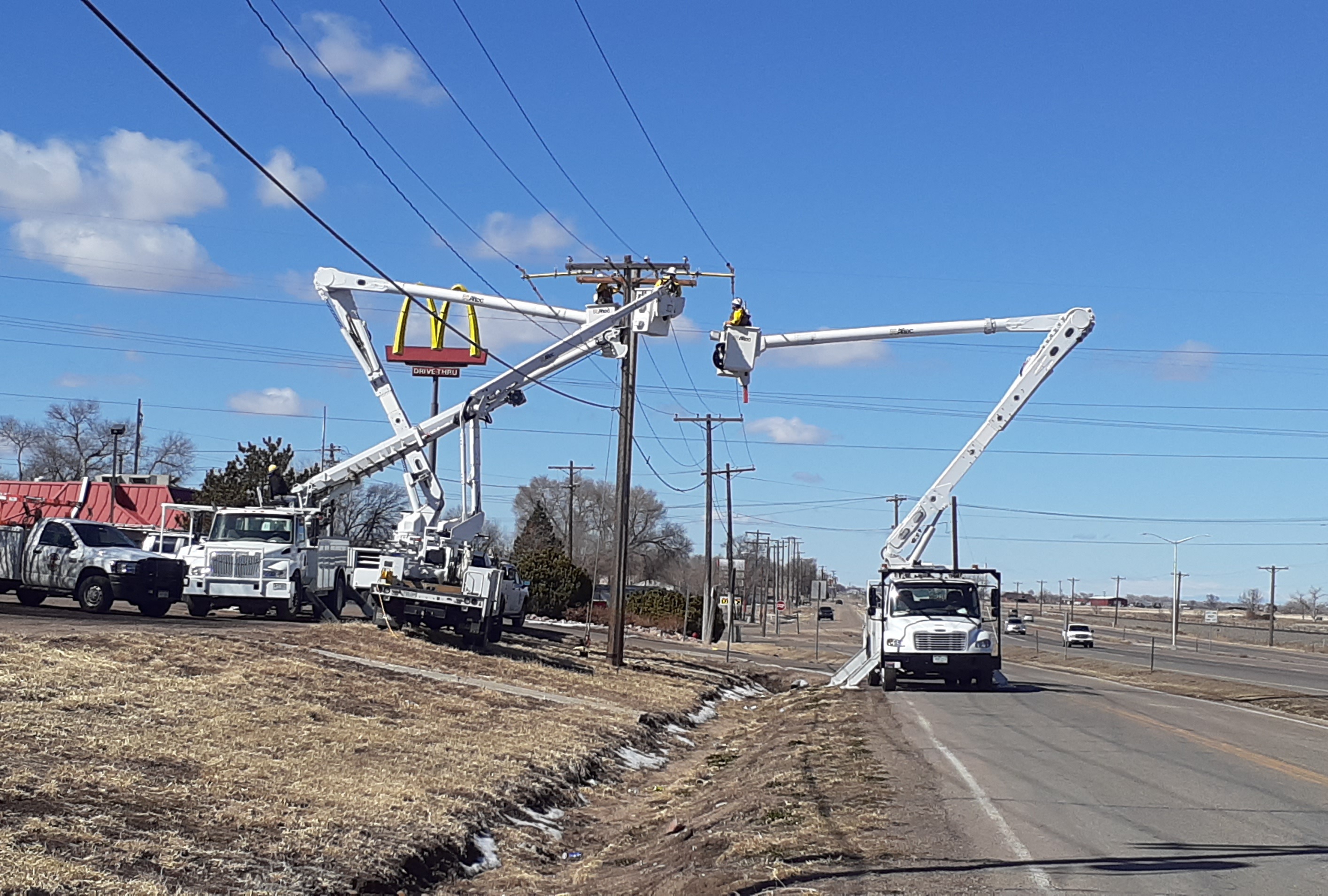 The power pole was reported to be leaning last night and needed replacement as soon as possible to keep the area safe and maintain the commercial and residential electric service without interruption.