Description: Honest and Hard Working for all our Customers Needs!

Watch The Ball Drop on The Official SECO NEWS Video

We Couldn't Have Had the First Music at The Junction New Years Eve Melon Drop Without The Help of Wayne Walter Excavation. 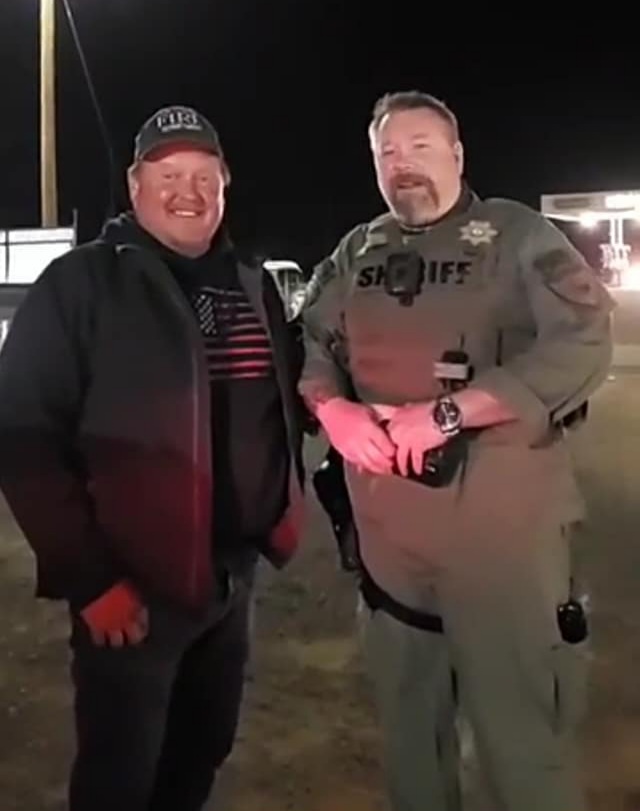 "Well I took off  two day's of work and it took me the two days to built it by myself, Scott Amrhein and I both bought the lights and his crew installed the lights in which took 6 of them 3  1/2 hours because of how many lights there were, and Martin's pipe and steel supplied all the metal.... the picture that I took of it that you posted is in my shop after we all spent hours and hours and got it done! We did it all for the community and with no personal gain intended whatsoever! Happy New Year everybody!"

Wayne coordinated the construction of the ball with Martin Pipe and Steel and SBT Electrical and Mechanical and provided the use of the Wayne Walter Community Flag Pole in Swink. Special Thanks to The Town of Swink, Kate's Dance Studio, The Musicians, and All of the Community Members Who Came Together For the New Years Eve Big Ball Drop in Swink. We Would Also Like To Thank The John W. Rawlings Museum and Heritage Center Grand Hall for providing the venue for Hyperdrive and The Breakroom to Perform. We couldn't have brought our communities together for such a large event without Wayne Walter's New Year's Eve Ball Drop. Special Thanks to Wayne Walter Excavation, Ark Valley Entertainment, and the SECO News Founding Advertising Contributors.