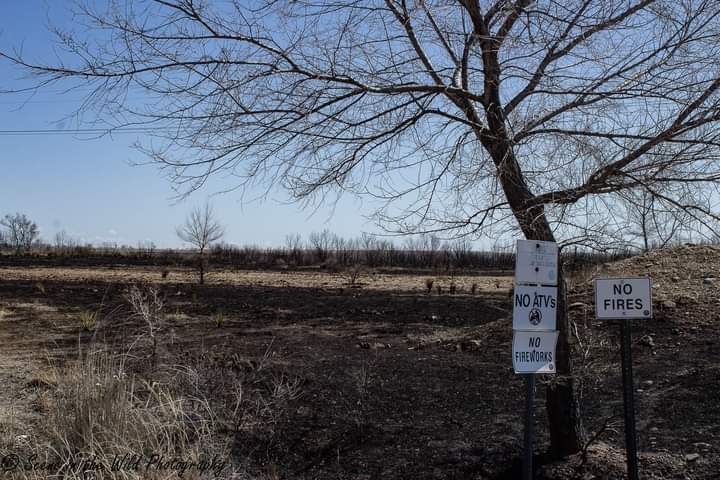 Description: The Gageby Creek Fire on the John Martin Wildlife Area is the second wild land fire in the area this year. (Photo Credit: Sue Keefer) 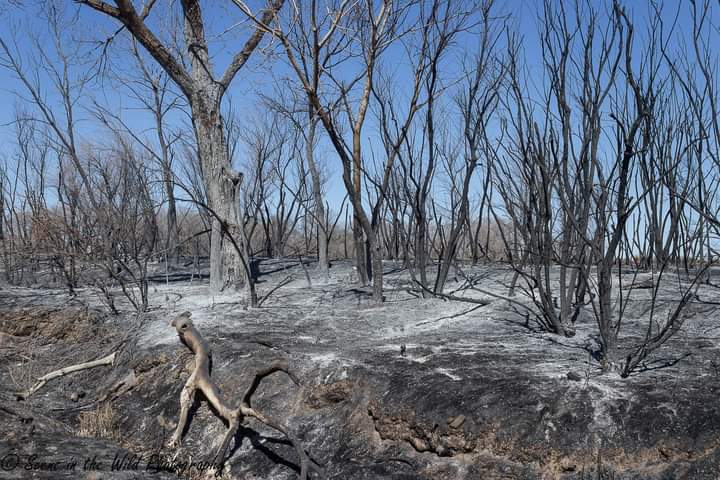 These photos of the Gageby Creek fire damage were taken March 31.  The fire started under very windy conditions late Monday night and greatly impacted the wildlife habitat of John Martin State Wildlife Area. You may recall that another fire occurred on another part of the wildlife area earlier this year in January. John Martin State Wildlife Area Fire Aftermath Photos-CLICK HERE 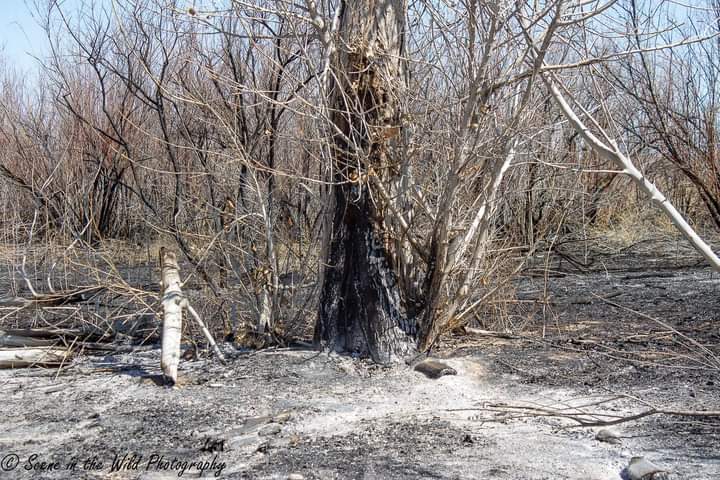 SECO News spoke to the Area Manager for the Lamar wildlife division Todd Marriot about the fire and assessing the damage. Marriot said that next week drones will be used to survey the burn damage, but it is roughly estimated at approximately 1,000 acres. He said they will have an accurate estimate in the coming weeks. 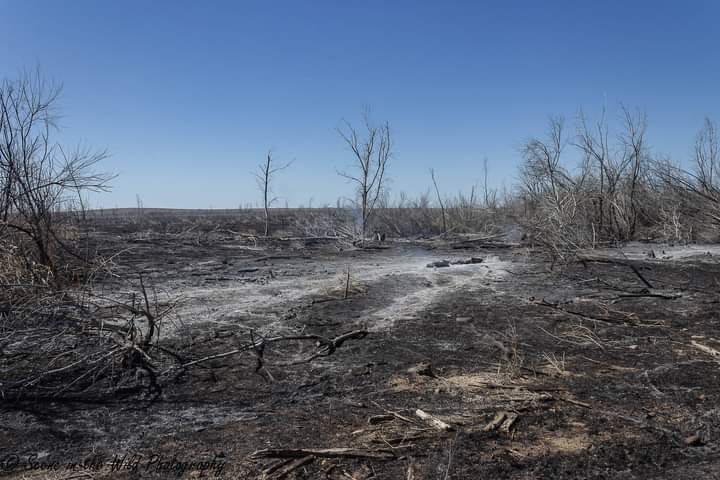 Damage to the local ecosystem extends beyond the local grasses, underbrush and trees; the fire also impacts area wildlife. The Eastern Black Rail nests here and has recently been classified as a threatened species. 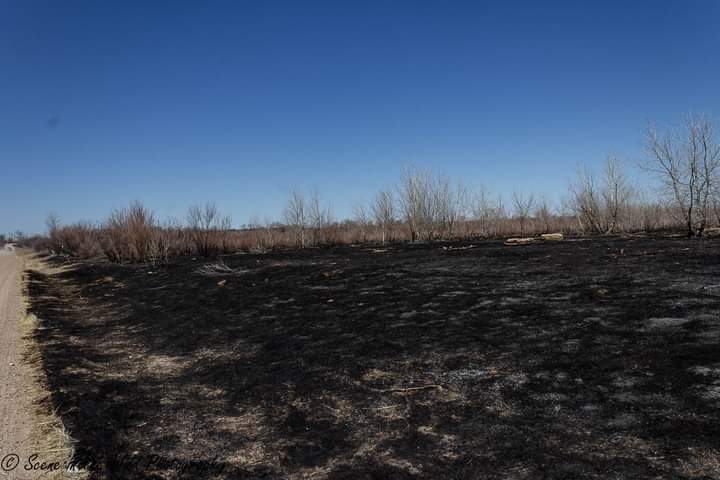 Thanks to the Las Animas Fire Department and other area fire departments, no structures were lost. Fire crews were there into the next day. According to Marriot the cause of the fire is still under investigation.